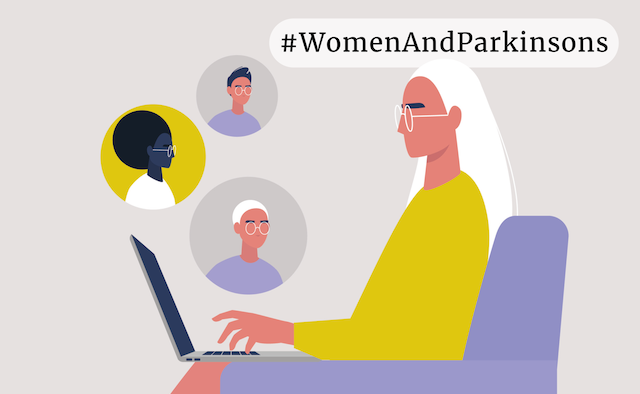 ‘Con P de Párkinson’ – a blog created by campaigners in Spain – has been illuminating the stories of women living with Parkinson’s disease. Its co-founder, Francisca Ruiz González, shares her experience of diagnosis and her mission to make other young women with the condition visible to the world

I was diagnosed with Parkinson’s disease in 2012, at the age of 48. I noticed something was happening to my right arm – it stopped doing what I told it to do. It wouldn’t swing when I walked. No matter how much I asked my brain to move it, my arm would not obey. Even my handwriting was different.

But every symptom had an explanation. I was tired like many women. I was a mother, a wife. I worked eight hours a day and when I came home, I was still working. If I didn’t move my arm, it was tendinitis; if my handwriting was different, it was from spending too much time on the computer. The doctors I consulted sent me home.

When I was finally diagnosed with Parkinson’s, the first image that came to my mind was a video interview with Michael J Fox. I thought: “Will I end up the same way?”. I had headaches like never before, thoughts of a very uncertain future – and I thought a lot about death. When I was alone, I cried.

When a person is diagnosed with Parkinson’s disease, they may feel they have fallen into insurmountable doom. They may feel emotions ranging from doubt to denial of the diagnosis, to a sense of vulnerability, anxiety, sadness or depression. It can feel like you’ve received a time bomb.

I have learned to accept and live with it. My motto is a refrain from ‘Woman of a Thousand Battles’ by Manuel Carrasco: “One more little step … one and then another, brave woman.” 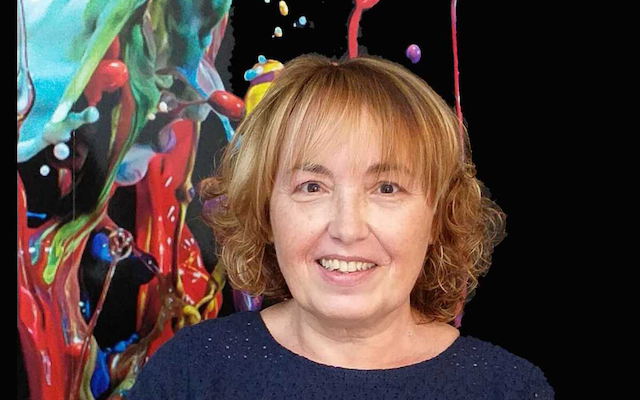 “Where are the women?”

When I joined a Parkinson’s disease association, my first question was, “Where are the women?”

The risk of developing Parkinson’s disease is almost twice as high in men as in women, but women experience faster disease progression and a higher rate of mortality. It is important to know these differences, and more research is needed on the impact of Parkinson’s on women.

Both men and women may suffer incomprehension when our body makes uncontrolled movements, and we all know what isolation and loneliness feel like. Women may also face paternalistic attitudes which undermine their authority in society. Imagine what it is like when we are also vulnerable due to a serious illness.

I think the use of healthcare resources is also different. Women do not abandon roles of wife and mother even when they are sick. And women are more likely to require paid caregivers, while men tend to have caregivers within the family: their wives.

As I found out more about the condition, I kept going over and over the same question in my mind: “Where are the women?”. So last November, three of my friends – Anna Gómez, Laura Román and Teresa Borque – and I decided to start a blog to give a voice to women with Parkinson’s disease, and to raise awareness about how the condition affects us.

Only through unity, visibility, information and awareness in society will our needs be understood and met. Our blog ‘Con P de Párkinson’ is a space where women with the condition can share experiences, triumphs, doubts and fears. We want to raise awareness about early onset Parkinson’s and women, so that our symptoms are valued differently than those of older people and men.

The blog is helping many women empower themselves – to not feel unimportant, to gain confidence, to know they don’t have to hide their symptoms as if Parkinson’s disease is something to be ashamed of. How can we give ourselves the care we need if we are not able to be honest about what is happening to our body? Expressing ourselves is part of treatment for this disease.

There are already 21 women collaborating on the blog and the stories shared help other women know they are not alone. The response we get encourages us. Recently, a woman wrote to us saying that, after two years hiding her Parkinson’s diagnosis, she had told her husband and children of her condition. She said the blog had given her the strength to take that step. Now, she not only wants to share her disease with more people around her, but she wants to make it public on the blog. 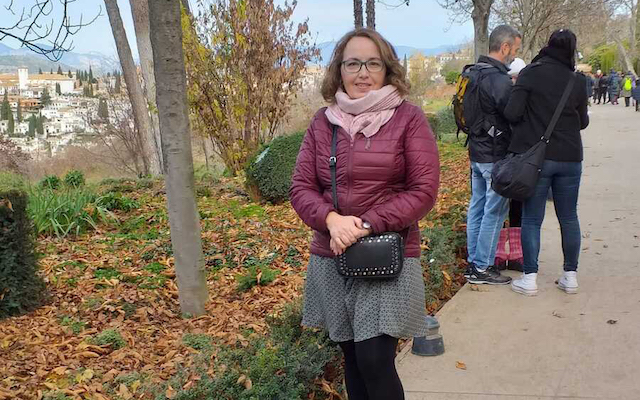 Francisca was diagnosed with Parkinson’s disease in 2012, at the age of 48

There is much work ahead. I would like our campaign #mujeryparkinson (women and Parkinson’s), to help normalise and raise awareness about the condition affecting millions of women around the world.

Physicians and researchers should be more aware of the differences in Parkinson’s in men and women, and the social differences that need to be considered for better management and study of the disease.

I would have liked a mentor when I was first diagnosed – someone to answer my questions, orient me on what to do and where to go. Parkinson’s disease is so difficult to understand, even for us who live with it. Many people who don’t have Parkinson’s disease need to know more about it, and about us – we deserve that.

Women with Parkinson’s disease deserve proper diagnosis, better treatment options and a better quality of life. Through our blog, I feel that we are shouting to the world: “Look at us – we are here!”

Francisca Ruiz González is known as ‘Paqui’ by her friends. Born in Tenerife, Spain, she used to work as a marketing assistant. Since her diagnosis in 2012, she has tried to learn new skills – including watercolour painting, writing and photography – and she returned to university, before the pandemic rerouted her plans. She walks 2km every day and practises yoga and swimming. She is the mother of four children, who are all grown up.