I still feel like the same person. And for now, I’ll take that as a win 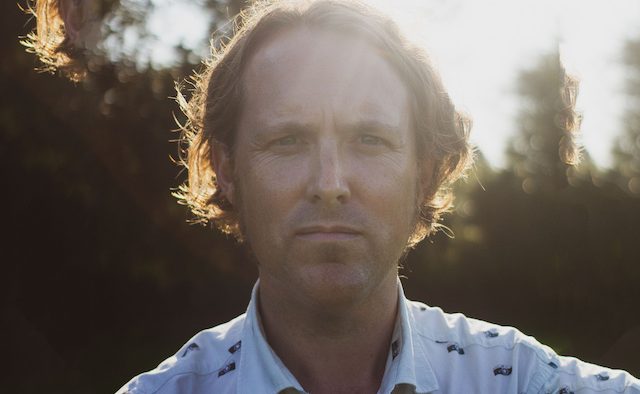 A new short film, ‘Hand’, shows the progression of Parkinson’s disease through the perspective of UK film director, writer and lecturer Brett Harvey – and the tremor in his left hand

When Brett Harvey first noticed a tremor in his left hand, he thought it would resolve itself with time. A year later, at the age of 37, he was diagnosed with young onset Parkinson’s disease.

In his new short film, ‘Hand’, Brett shares his experience through shots of the tremor in his hand as he carries out day-to-day activities – sitting on the couch, going for a walk, drinking tea.

Reflecting on the inspiration for the film, Brett tells us: “It was born from my thoughts about what I would have wanted to hear when I was diagnosed. The film was a way for me to say, ‘These are the circumstances around the diagnosis, and this is how I feel about my situation now’ – with a look towards the future.”

He adds: “My mindset has changed over the past two years. Recently, I’ve felt like I’m in a position where I want to talk about it more, instead of talking around it.”

In his film, Brett describes how his tremor, ignored at first, eventually made an impression on him while he was editing footage. He noticed a rattling noise that he believed to be coming from the video – but when the video stopped, the rattling continued.

“The sound was in the room with me,” he says in the film. “I looked down, and I realised it was my hand resting on the keyboard, tremoring.” Several tests and an MRI later, it was revealed that this was a symptom of Parkinson’s disease.

“It was devastating,” he tells us. “There’s no other word for it. It’s such a huge thing to hear, and it’s very difficult to process on a number of levels. It feels surreal to hear you’ve got Parkinson’s.”

In one part of the film, Brett’s hand rests on a handwritten list of Parkinson’s disease symptoms – ranging from rigid muscles and low blood pressure to depression and hallucinations.

“With Parkinson’s, it’s hard for doctors and specialists to give an accurate timeline of what’s going to happen, as everyone’s different,” he says. “No two people will be the same. You may form very few symptoms, or you may have them all. I liken it to being in a really crap lottery.”

As one of the primary symptoms that he experiences, Brett says, “My tremor affects my everyday life.”

“I’ve had to adapt the way I shoot things,” he says. “My handheld work is nowhere near as steady as it once was. Eventually, I’ll have to stop shooting things myself.” This, he tells us, is something he’s “come to terms with”.

In the film, Brett describes the other symptoms he’s noticed since his diagnosis. “I definitely have bouts of very low energy. I get really tired, yet, curiously, I have real trouble sleeping.”

This has also impacted his filmmaking, he tells us. His diagnosis came not long before a shoot for his film ‘Long Way Back’, which will be released in festivals later this year.

“Feature film shoots are very much a marathon, not a sprint,” he tells us. “They’re pretty brutal, and you have to really pace yourself. So the insomnia, the irregular sleep pattern, getting very low energy – I had to manage all that.”

Finding the “win” in Parkinson’s disease

Brett concludes his film with a tone of acceptance, the narration backdropped by a shot of his hand as he walks down a beach. “I was asked recently if I thought Parkinson’s disease had ruined my life,” he says, “and honestly, I’ve never thought about it in those terms. I’ve always just tried to get on with it.

“But it hasn’t ruined my life. I guess it’s just changed it a bit. But I still feel like the same person. And for now, I’ll take that as a win.”

The response that ‘Hand’ has received, Brett says, has been “genuinely overwhelming”.

“The outpouring of love and support from colleagues and friends is incredible. But the most overwhelming thing is hearing from people saying that the film is helping them process their condition, which is astonishing. I never really expected that. One person responded on Twitter saying that they hadn’t spoken to their family about their condition yet, and they were going to use the film to help them break the news. That was incredibly humbling.

“What I’ve learned from ‘Hand’ is that approaching a subject matter like this, which is so personal, honestly and matter-of-factly enables you to open up lots of interesting conversations.”

I still feel like the same person. And for now, I’ll take that as a win