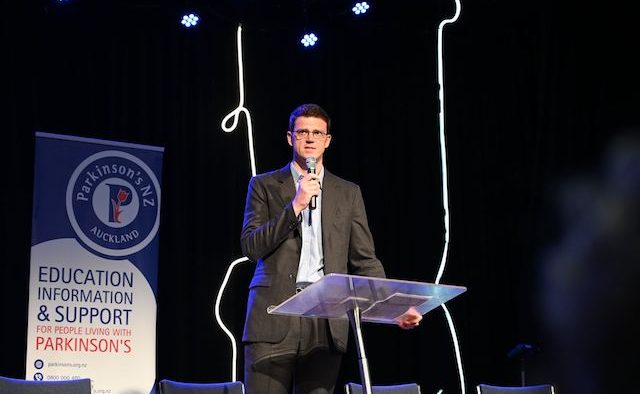 We examine the typical five Parkinson’s disease stages – and the factors that can slow their progression – with expert insight from Dr Simon Stott, deputy director of research at Cure Parkinson’s

For people diagnosed with Parkinson’s, questions about what symptoms they are likely to experience, how intense they will be, how quickly they will progress – or how medication will affect them, are likely to be prominent.

However, due to the varied nature of the condition, it is, says Dr Simon Stott, deputy head of research at Cure Parkinson’s, “impossible to predict how the course of the condition will progress following diagnosis because progression is different for each individual and varies from case to case”.

Are there any factors that slow or increase the pace of Parkinson’s?

“For example, researchers in the Netherlands have recently demonstrated in a randomised clinical trial that six months of exercising (three days per week for 30 to 45 minutes) slowed the progression of 65 people with Parkinson’s (versus 65 individuals who were doing low cardio stretching).”

“Inactivity and social isolation also appear to be associated with faster progression, hence the need to encourage affected individuals to partake in regular exercise – ideally in a social environment,” he adds.

An investigation into the genetics of Parkinson’s shows some promise as to explaining the difference in progression among patients. Dr Stott explains: “There is evidence indicating that some genetic variations can influence the speed of progression – some variations are associated with increased rate of progression, while others result in a slower rate. We are not sure why these genetic variations are having these effects, but the biology is currently being explored.”

What are the five stages of Parkinson’s disease?

Though progression can be expected to be different for each individual, Parkinson’s does follow a broad pattern and can be divided into five typical stages– known as the Hoehn and Yahr Scale, which is used by physicians across the world.

The earliest stage of Parkinson’s, the person experiences “a mild tremor and motor symptoms which typically appear on just one side of the body”.

Changes in walking, facial expression and posture may be noticed but will not impact day-to-day life. Symptoms may be so mild that it can be hard to diagnose the condition.

The progression from stage one to stage two can take months or even years. Symptoms will begin to get worse, with “tremor, rigidity and other movement symptoms now starting to affect both sides of the body”.

It is still possible to live alone, but daily tasks become more difficult and take longer to complete and changes in speech – such as a softer voice or slurring – begin to occur.

The key characteristics of this mid-stage include “a loss of balance and slowness of movements accompanied by an increased incidence of falling”, as well as the symptoms experienced in stage two.

While the person is still fully independent, symptoms begin to slightly hinder activities such as dressing and eating.

The defining change in this stage is that a person will need help with daily activities as “symptoms become more severe and limiting”. It’s possible to stand without assistance, but movement may require an assistive device such as a walker.

Many people have to reconsider their living options at this stage of Parkinson’s disease, as it becomes harder to live alone.

This is the most advanced and debilitating of Parkinson’s disease stages where “stiffness in the legs make it very difficult or impossible to walk”.

A person will need constant care and may be bound to a wheelchair and in a lot of cases, non-motor symptoms “can also appear in the form of depression, anxiety, hallucinations and delusions”.

During the most advanced stage of Parkinson’s – typically between stages four and five – a person’s symptoms and medication regime become more complex.

Supporting care becomes especially important in advanced Parkinson’s, with an estimated 50 to 80% of people eventually experiencing dementia and an increased number of falls.

There are a number of different rating scales currently used to measure the symptoms and progression of Parkinson’s. They are key to evaluating treatment methods and assessing quality of life.

“The most commonly used rating scale is the Movement Disorder Society Unified Parkinson’s Disease Rating Scale (UPDRS). The Hoehn and Yahr staging scale is also often used. Both are however, subjective measures, which means they can result in inter-rater variability,” explains Dr Stott.

This article was first published in June 2020.

Parkinson’s Europe was involved in the development of the Parkinson’s Disease Composite Scale (PDCS) – a complementary assessment tool that measures both motor and non-motor symptoms and enables better communication between doctor and patient.