I’ve decided to speak out because there’s no cure, and I want to be part of the cure – I want to step up to the plate

Lysette Anthony: “It’s such a relief not to have to hide it anymore” 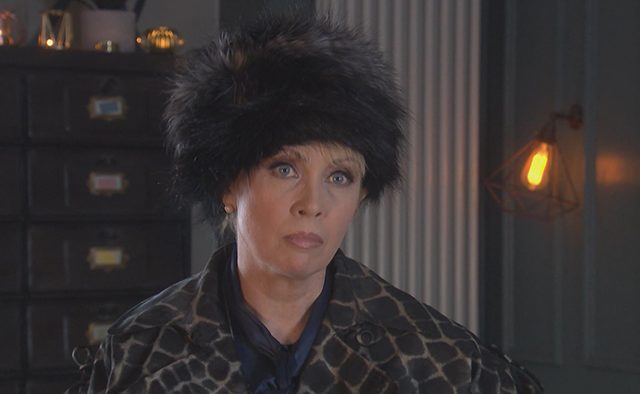 UK actor and model Lysette Anthony, known for her roles in ‘Husbands and Wives’ and the UK soap opera ‘Hollyoaks’, has revealed she is living with Parkinson’s – and shared why she feels it’s important to talk about her diagnosis now

It was hearing comedian Sir Billy Connolly discuss his experience of Parkinson’s that made UK actor Lysette Anthony realise she, too, might have the condition: “I just thought, ‘That’s what I’ve got.’ I just knew it.”

In a revealing interview for UK magazine ‘OK’, Anthony shares that she was diagnosed with Parkinson’s six years ago at the age of 52.

Yet Anthony believes symptoms of the condition may have appeared years earlier. She explains that, while working in theatre, she experienced noticeable shaking in her hands. Her co-stars at the time observed “‘It’s sometimes like you don’t own your hands’ – I started realising it was getting worse.”

Anthony received her diagnosis during the same week that she accepted a job on the UK soap opera ‘Hollyoaks’. Working on the show until January of this year, she told only a few co-stars about her condition. “Now that I’ve accepted it, it’s such a relief not to have to hide it anymore,” she says.

“The prognosis is not great, but that doesn’t mean that is going to be it… I’m not exactly thrilled, but to be honest with you, I’ve made my peace in many ways.”

Anthony is determined to continue working – and hopes to make a documentary about her experience. “I can’t afford to think past this week, or next week but I just want to do the best I can and not give up because it’s called being alive, isn’t it?” she says.

“I would not swap my world now, although I could do without the pain. If I do too much, it will basically shut me down and my hands won’t work. It’s not pretty and it’s not great to be approaching 60, but I’m looking to enjoy my world.”

Anthony says that she’s been inspired by the work of Billy Connolly and Michael J Fox in Parkinson’s community.

“I’ve decided to speak out because there’s no cure, and I want to be part of the cure,” she says. “I want to step up to the plate.”

I’ve decided to speak out because there’s no cure, and I want to be part of the cure – I want to step up to the plate