It’s not like someone’s chopping your arm or leg off, so you have time to adapt 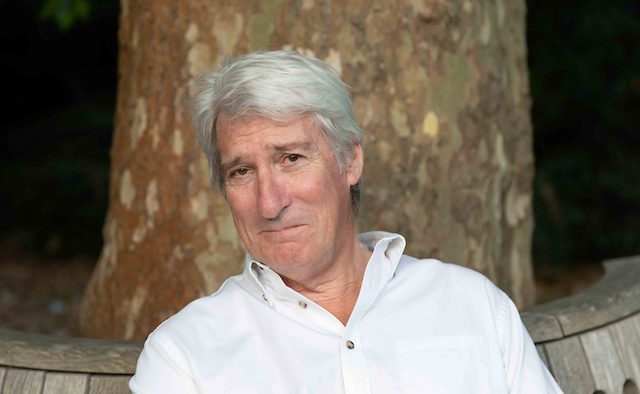 After confirming his Parkinson’s diagnosis earlier this year, UK broadcaster Jeremy Paxman has shared more detail on his experiences living with the condition.

In a recent interview for UK newspaper ‘The Sunday Times’, the 71-year-old ‘University Challenge’ presenter spoke to co-presenter of BBC Radio 4 show ‘Saturday Live’ and Chancellor of the University of Northampton, the Reverend Richard Coles – whose father also had Parkinson’s.

Recounting the days that led to his diagnosis, Paxman said that he had experienced a number of falls. “I blamed the dog getting under my feet,” he explained, “but after the last time I went down, straight on my face, it was a real mess – black eyes, cuts and blood everywhere –  and I thought, ‘This isn’t right.’”

But, he added, he was surprised to receive a Parkinson’s diagnosis, commenting “it had never occurred to me”.

In a conversation that covered topics ranging from Scottish independence to the state of the BBC to the release of his new book ‘Black Gold: The History of How Coal Made Britain’, Paxman also addressed how he had been coping with symptoms.

When asked how he manages life with Parkinson’s, Paxman added: “It’s not like someone’s chopping your arm or leg off, so you have time to adapt.” Yet he acknowledged that both the “unpredictability” and degenerative nature of the condition has been a struggle.

“Parkinson’s is incurable, so you’re stuck with it. And that is hard. Very hard to know you’re not going to get better. You hope you will, but you don’t.”

The broadcaster went on to say he was “still adjusting” to the condition: “I did find myself getting depressed, but I don’t feel the presence of the disease as a series of symptoms.”

Though he admitted to only “occasionally” seeking solidarity from others living with the condition, Paxman has committed to donating his brain to the Parkinson’s UK Brain Bank at Imperial College London – which collects donated brain tissue to advance research.

Despite the difficulties he’s faced, Paxman said he is not frightened by Parkinson’s: “I’d rather it didn’t debilitate me to the point of incapacity. But no, I’m not. I refuse to be beaten by it.”

“I wanted to say this is who I am now”

It’s not like someone’s chopping your arm or leg off, so you have time to adapt