I am still living a wonderful life – albeit with some restrictions, pain and unavoidable changes that I hadn’t foreseen 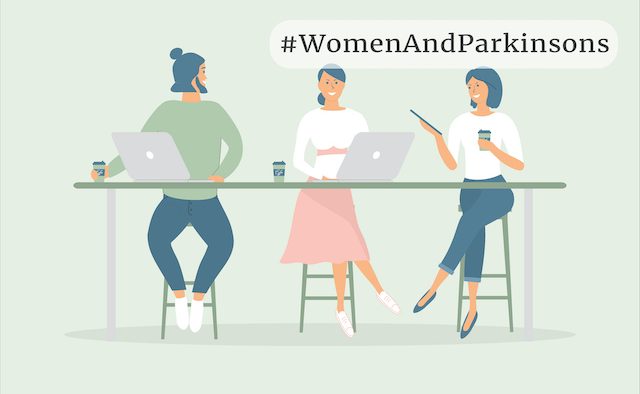 When Germany-based Cathy Molohan was diagnosed with Parkinson’s disease, she says she was “determined” not to let the condition stop her running her communications company, EnglishBusiness. Cathy tells us about the “resilience” that she gained through the experience – and why she has since decided to focus on raising awareness about women and Parkinson’s

I will never forget sitting in a neurologist’s office on a Friday afternoon and hearing the words, “You have Parkinson’s, or a brain tumour. Come back on Monday and we’ll run more tests.” Going from my husband noticing a slight tremor in my right hand one day, to facing a diagnosis of chronic, incurable condition the next was tough.

At the time, I was co-running my own company, EnglishBusiness. I have always loved languages and working with people, so making a career out of communication was inevitable. A good friend of mine founded EnglishBusiness in the late 90s, and I decided very quickly to join her. The combination of being my own boss and working with facilitation, training and language was very appealing.

We were so young when we set up the company, we didn’t really think about business strategy or finance – that came later. I suppose you could say I did the equivalent of an MBA by running my own business, and learning by doing. I think that can be a great way to start a career: do something you love and don’t think about it too much.

Because I was doing reasonably well, and was determined not to let Parkinson’s stop me, I think people didn’t realise how hard it sometimes was after I was diagnosed. Typing, sitting in a meeting for hours, travelling – that became very exhausting.

But I was never treated any differently by colleagues or clients. They were amazing, and I frequently got feedback that they found it inspiring that I was still going strong. The people were definitely what I enjoyed most about my career. I have worked with people from all over the world and had the privilege of learning from them and mentoring them, too. This has given me an incredibly wide perspective for which I am eternally grateful. I also loved the fact that we were really doing something meaningful in that we were helping people to communicate better.

Supporting women with Parkinson’s in the workplace and beyond

The tremor and fatigue had an impact on my ability to dedicate myself 100% to my job. That left my business partners picking up the slack to a certain extent. It was a hard balancing act to look after myself and my business commitments at the same time.

Supporting women with Parkinson’s in the workplace is all about awareness – especially of the fact that Parkinson’s has a range of non-motor symptoms. It’s essential to create a workplace where chronic illness is not taboo. Somebody at the workplace may be experiencing fatigue or cognitive issues, for example. Women in particular, who are often also primarily responsible for childcare or other family responsibilities, are in danger of burnout and exhaustion.

I was self-employed, so I didn’t have to worry about possible negative effects at the workplace. I know that these are issues that many women worry about. One thing that has become apparent to me in recent years is that there is very little awareness of the physical differences between women and men when it comes to Parkinson’s. Good friends of mine have just set up the Women’s Parkinson’s Project to highlight this lack of information.

As in so many cases in life, women’s needs do not feature in medical care. When I looked into this further, I was astounded to learn that most women were banned from clinical trial participation until 1993 in the US. So bias does not just exist in the workplace, but also in medicine.

I feel very strongly that we can only change the future of Parkinson’s disease by advocating for change. Treatments for HIV and breast cancer are two excellent examples of what can be achieved if the community unites and speaks up.

Since I am privileged enough to live with access to medicine and enough financial means, I want to play an active role – which is why I became involved with the wonderful PD Avengers and the Berlin-based Yuvedo Foundation. I also want to change the perceptions that people have about Parkinson’s disease. I was diagnosed almost 10 years ago, as a relatively young woman. I am still living a wonderful life, albeit with some restrictions, pain and unavoidable changes that I hadn’t foreseen.

Particularly for other women, I think it’s really important to show that life can go on and be good – even if it’s not the life you originally planned. So I divide my time between commitments as a speaker and consultant, and voluntary work. I love the fact that the facilitation skills that I developed during my time at EnglishBusiness serve me so well now.

“Parkinson’s is a long journey, and you need help along the way”

I made the decision relatively suddenly to leave EnglishBusiness, following my deep brain stimulation surgery in May last year. I realised that through the surgery I was being given a chance to have a few years where my tremor was at least partially under control. I didn’t want to spend those years trying to balance being a good businesswoman, a good wife and mother to my two children, and being good to myself. I knew that if I tried, something would have to give. So ultimately, I chose to focus on my own health and on patient advocacy, which has given me an incredible sense of purpose. My husband has been my rock. I’m incredibly lucky that we are in position to allow me to reduce my income – I’m aware that many women do not have this luxury. 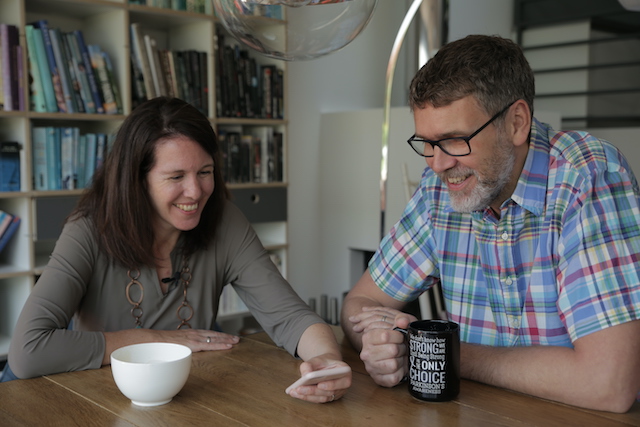 I think many women try to be everything and do everything. Parkinson’s just doesn’t allow that. Or at least, it forces you to choose what and how much you do. Be honest with yourself, talk to your family – don’t try to be strong on your own. Parkinson’s is a long journey, and you need help along the way. Watch out for yourself and your own health. There is an incredible support network out there waiting to help you if you reach out.

I think that, through my experience with Parkinson’s, I have become more resilient and learned to look for things that will help me stay positive, rather than drag me down. I hope that my progression continues to be relatively slow, and that I can enjoy travelling and being with my family for a long time to come.

As you grow older, you realise that everybody has something to deal with – some blow of fate that nobody saw coming. Parkinson’s is mine, and I don’t waste time hating life or questioning “why me?”.

Cathy Molohan is an Irish-born Parkinson’s disease campaigner, public speaker and co-founder of communications agency EnglishBusiness, who has lived in Germany since 1997. A former World Parkinson’s Congress Ambassador and current Yuvedo Foundation member, she focuses on the importance of awareness and empowerment for women with Parkinson’s. She and her husband have two children, aged 12 and 16, who she says used to check which side to walk on to hold her “non-shaky hand” – prior to her DBS surgery, which has eliminated her tremor. She enjoys cooking, swimming, yoga and travel, and says: “I love living in Germany, but if Ireland had qualified for UEFA Euro 2020 this year, it would be very clear where my heart still lies!”

It is estimated that three million women worldwide are living with Parkinson’s disease – yet their specific needs and experiences are often ignored, leading to disparities in diagnosis, treatment and medication. Our campaign shares the little-heard stories of women with the condition to find out how their lives are being affected by a shocking data gap when it comes to women and Parkinson’s. This is just the start.

I am still living a wonderful life – albeit with some restrictions, pain and unavoidable changes that I hadn’t foreseen

Richelle Flanagan on connecting with the Parkinson’s disease community