I felt buoyed by the fact that I could do something which wasn't just random entertainment. I could actually make a film that could be incredibly positive for people with Parkinson’s 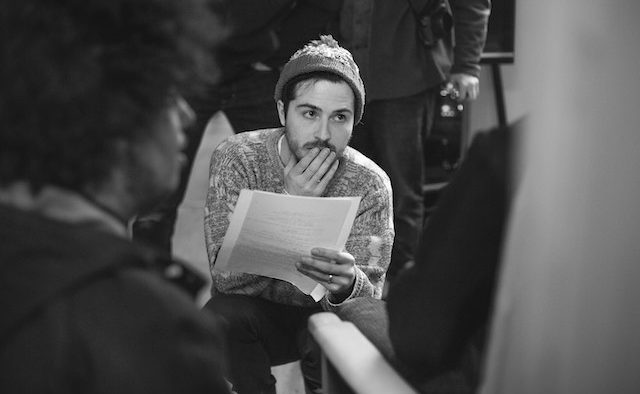 Grant Taylor was just 11 when his father was diagnosed with Parkinson’s. Now, over 20 years later, he’s made a short film about a father with the condition and his son. He tells us why he’s trying to counter the “miserable media” surrounding disability – and why he decided to take a big and bold approach to raising Parkinson’s awareness

What is your short film, ‘Ecstasy’, about?

The film is inspired by my father, Bob, who has lived with Parkinson’s for the last 20 years, and it’s about a father with the condition and his son, and their attempt to buy an ecstasy pill.

Back when I was 14, there was a BBC documentary where a young guy who had Parkinson’s took an ecstasy pill as part of research in Cambridge, UK. I got an email out of the blue about a film pitching competition, and I remembered the documentary and I thought wouldn’t it be interesting to go on a drug deal with a parent? I knew Parkinson’s well because of my relationship with my dad, so I decided to pitch the idea.

I got through to the final stage – and I won the competition. Everything stemmed from there. I felt buoyed by the fact that I could do something which wasn’t just random entertainment. I could actually make a film that could be incredibly positive for people with Parkinson’s.

Obviously, if you have Parkinson’s you shouldn’t take ecstasy and our movie is completely, 100% not about glorifying drugs. But if you want to get a message out about disability then you need to be bold about the way in which you do that – and sensitive at the same time. The film deals with things that are tough, but I think that the bigger and bolder you are, the more impact you’re likely to have in the long run. Ultimately, the point is to raise awareness. 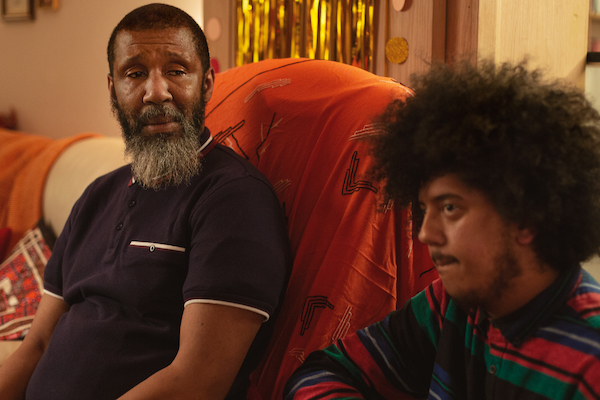 How was your dad diagnosed with Parkinson’s?

My dad was diagnosed in 1997. He was 43 at the time and I was in the last year of primary school. He noticed he couldn’t grasp as strongly in one hand and that there was a difference in his body’s ability to move, so he spoke to a doctor and a neurologist. I remember vividly them telling me that he had this thing called Parkinson’s. Within two years he just couldn’t work as a builder anymore – it was just too much of a struggle.

At age 11 you get told about this neurological condition, but you have no idea what it means. I had to speak to a counsellor at my school and I remember sitting there having nothing to say. It begins with subtle things which start to infringe on your life in lots of different ways – denial was the way I dealt with it if I’m honest. Once, we were on holiday, swimming, and I remember being a bit bored. I heard this sound in the background and it slowly came into focus that it was someone shouting for help. And it was my dad. His movement had sort of stiffened up and he was drowning. We all rushed into the water to save him. I think that was the moment where the difficulty of moving with Parkinson’s hit home.

My dad’s a really positive person and he’s interested in how a good mentality can really improve your life and the way you go about things. In that situation it’s really easy to get down, but he flipped it on its head. The way we have dealt with Parkinson’s as a family is to try to be as upbeat as possible.

What motivated you to create the film?

When you’re a filmmaker, you’re always looking out for stories to tell and you’re really trying to find your place in the world. I realised I wanted to tell stories about disability with a difference. If you have disability in your life, whether you’re disabled or a carer, there’s a lot of really miserable media out there. My mission is to make films about disability that are positive. They don’t shy away from the facts, but they have heart and can be a lot of fun.

Parkinson’s is a lot more common than people think and I would love for people to understand it a little more. My dad and others have told me stories where their movement is a bit disconnected, and people think they’re on something. Any attempt to share what a condition is like and help audiences who are fresh to it to understand can only do good things in my opinion. 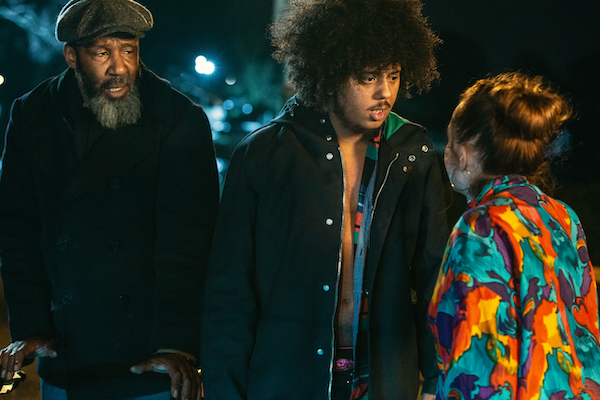 What has making the film been like so far?

It has been an absolute whirlwind – I feel like the whole world threw itself against the making of this film.

It was initially planned as a two-day shoot, where everything had to go to plan. On day one, we filmed in a car park at night. Everything that could have possibly gone wrong, that was out of our control, went wrong – and I’ve never ever faced conditions like that on a film set before. The lighting van arrived four hours late and that had a huge knock on effect, then there was literally biblical rain. It was the hardest day of my life because I just knew from that moment that we were not going to complete it in two days. I came home that night at 4am and I wept a little because we’d crowdfunded our budget and engaged so many people with Parkinson’s along the way. And I felt like I’d let them down.

Inversely, the second day of filming was one of the most incredible days and I will always remember it. We were doing this party scene and I convinced my parents to let me use their house for filming one last time. We had lots of people from Parkinson’s community on set, as extras in the movie – and my dad had an important cameo. It was a magical experience.

Filmmaking is a collaborative endeavour and the people who worked on this were amazing. UK actor Brian Bovell has been in so many shows over the years, actor Holli Dempsey is on a show called ‘Harlots’ and Nathan Bryon is also a really talented writer – he’s written a children’s book that just won the Waterstones Children’s Book Prize 2020 and has a Sky One show coming out later this year.

We’re working with not much time and not much money. They all gave their time for, by industry standards, very little. Everyone wanted to make a film that would do some good.

Find out more about Grant’s work.

This article was originally published on 27 August 2020

Grant Taylor is an award-winning director and filmmaker based in London, UK. He has worked in the industry for eight years, creating films, commercials, branded stories and music videos. His short film ‘Ecstasy’ is inspired by his father’s experience of Parkinson’s and stars Brian Bovell (The Missing), Nathan Bryon (Benidorm) and Holli Dempsey (Black Mirror, After Life).

I felt buoyed by the fact that I could do something which wasn't just random entertainment. I could actually make a film that could be incredibly positive for people with Parkinson’s