“I wanted to use the power of imagery to capture the condition, in the hope that it would lift the doom and gloom and alter some people’s preconceptions” 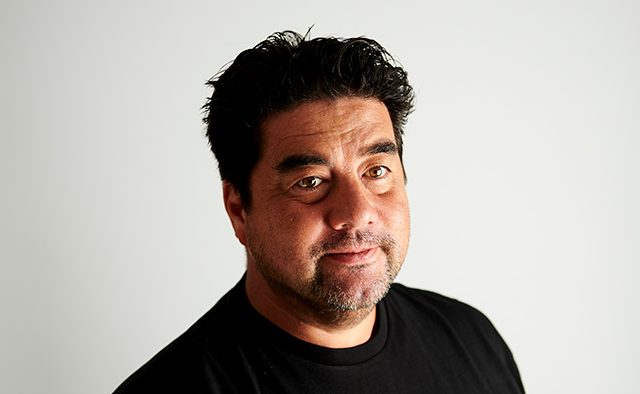 A new photography series ‘Living with Early Onset Parkinson’s’ is raising awareness about how the condition affects the everyday lives of young people.

We talk to the snapper behind the camera, UK portrait photographer Paul Meyler (pictured above), about the impact Parkinson’s has had on his family, capturing each stunning image – and why it’s “always nice to take the time listen to people’s stories”

Hi Paul, can you tell us about the inspiration behind your Parkinson’s photography series?

My photography series ‘Living with Early Onset Parkinson’s’ is designed to celebrate the young, inspirational characters who are thriving day-to-day while coping with the condition.

Parkinson’s has affected my family throughout the years. My grandfather had it, my father was diagnosed with it at a young age and my uncle sadly passed away from multiple sclerosis – a condition closely related to Parkinson’s. So, I did a lot of research into it which led me to discovering how inspiring people living with the condition are.

The aim of the series is to raise awareness about Parkinson’s and how it affects younger people specifically.

What’s the process behind each photograph?

I like to talk to the subject of each photograph and get to know them before we set up the shoot. I always look for the positive side and capture moments of the person doing normal activities – and carrying on with their everyday lives regardless of Parkinson’s.

How have people responded to the photographs so far?

I’ve had a really positive response. I’ve had requests from people with Parkinson’s to have their portrait taken for the project. I’ve been approached by newspapers and even been asked to exhibit my work at an international Parkinson’s conference in 2020.

The participants in my photography series are over the moon that I am raising awareness about young onset Parkinson’s and the impact it has on everyday life. As well as putting together a future exhibition, I plan to publish a book of portraits on each of the inspiring people who took part.

What do you hope the photographs will teach others about the condition?

Parkinson’s is widely considered to be a condition that only affects the over 60s age group and that really isn’t the case. I wanted to use the power of imagery to capture the condition, in the hope that it would lift the doom and gloom and alter some people’s preconceptions.

What has the project taught you about Parkinson’s?

That there are many symptoms and effects that Parkinson’s has on each individual, and each experience is unique. Every person I have met with Parkinson’s manages the condition so incredibly well – they continue living, working, picking up their children from school and more.

It’s always nice to take the time to listen to people’s stories, not just about Parkinson’s but about their life in general.

“I wanted to use the power of imagery to capture the condition, in the hope that it would lift the doom and gloom and alter some people’s preconceptions”