It’s a serious disease, but as you know, we have a chance to be around for a while 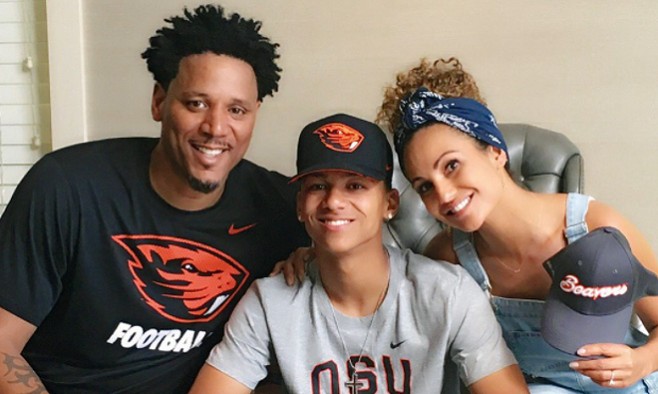 Basketball star Brian Grant was diagnosed with young-onset Parkinson’s disease at the age of 36 – two years after retiring from his playing career in the NBA. Here, in a candid interview, he tells Parkinson’s blogger Natasha McCarthy how Parkinson’s has changed his parenting style and exercise regime – and inspired him to set up his charitable organisation, the Brian Grant Foundation

How did your children handle your Parkinson’s diagnosis?

My older boys in their 20s and late teens handled it all right. They started to dig into finding out what Parkinson’s is and how it would affect their dad. When they ask me things I try to be honest and answer as best I can. I tell them about new meds and things that can make life better with Parkinson’s, and about dyskinesia and the many other side effects. They’re at the age where if I say something they don’t fully understand they run to the internet to find out what dyskinesia is. My daughters, who are now 14 and 13, were quite young when I received my diagnosis. They’d ask, ‘why does your hand shake?’ and I’d tell them ‘because I have Parkinson’s’. When they’d ask what that was I’d simply say it’s when your hand shakes. And at the time they would simply associate Parkinson’s with a hand tremor. I always try to be honest with all my kids about it, but at the same time I don’t want to scare them.

Do you think that overall it’s important to involve your kids in your Parkinson’s journey?

For me it was important. I can’t really speak for you or anyone else, but for me I found it to be very important because if I’m not telling them what Parkinson’s is they might go to the wrong website or the wrong friends. I want to give them my definition of it and what that means for me, because otherwise they could go to their friend whose grandpa has it – and what it means to them might be something totally different. I want to make sure the information they get comes from me.

I even joke around with my daughter sometimes and I’ll say ‘can you get me another sprite?’ She’ll say ‘why can’t you get it dad?’ and I’ll respond with ‘because I have the Parkinson’s!’ I try and laugh at myself and allow others to laugh. It’s a serious disease, but as you know we have a chance to be around for a while – it’s not like stage 4 cancer or ALS (also known as motor neuron disease) or something.

Did you get any advice on parenting with Parkinson’s from anyone you know that also has Parkinson’s?

Soania Mathur, a GP in Canada has a couple of great reference books out and anytime I have questions about the kids, I always refer to her advice. 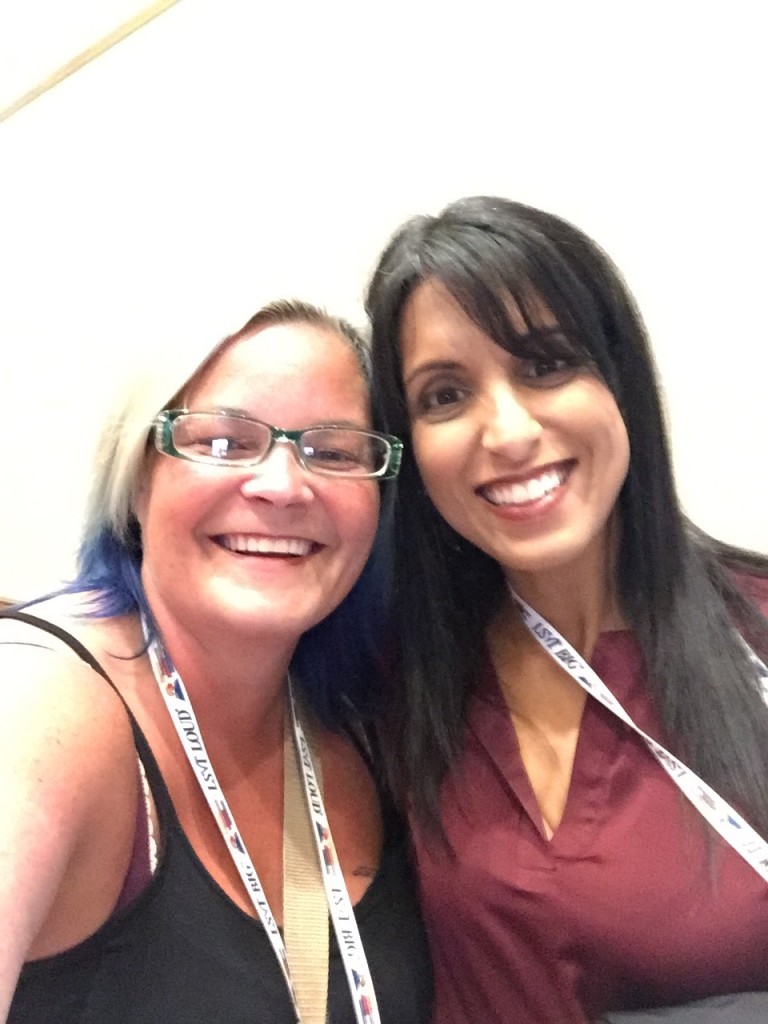 Do you think your Parkinson’s can enrich your children’s lives in some way?

I think it can in some ways, because for me, up until I was diagnosed I was like everyone else in the world. I thought I was going to live forever and always be healthy but once you’re diagnosed, with a life-changing disease like Parkinson’s it changes your perspective. In fact, it changed mine immediately. So I don’t want to put that burden on the kids if they ask I’ll tell them but I’m not going to sit them down and talk about specifics right now. Maybe someday I will as I progress. They are involved in the foundation I don’t make them go but they attend every event we’ve had and they enjoy it, it’s fun. They’ve always enjoyed participating in that stuff. When they’re home, my older boys volunteer at any events we have.

What advice would you give to someone newly diagnosed with young-onset Parkinson’s disease?

I would tell them to take the time for themselves before they try and help everyone else understand what’s going on with them. If you have a partner let them know first as they will need to know – but as far the kids, relatives and others come out at your own pace. Unless there’re any specific questions being asked such as ‘why do you look like that when you stare at me?’ or ‘why does your hand shake?’ – things that don’t seem normal to them – then tell them. But I would advise that everyone tell people at their own pace and to wait until you’re comfortable with the news before you let everyone else know all your health issues. 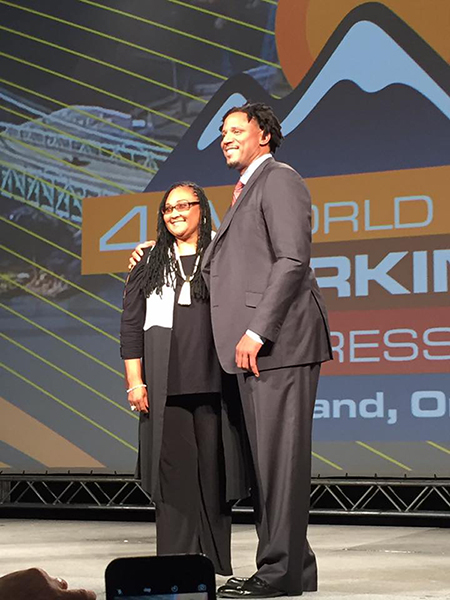 May May Ali, daughter of Muhammad, with Brian Grant at the WPC

And what advice would you give to someone who is a parent and diagnosed?

The disease affects everyone so differently and we are all in our own unique situation – maybe you’re in a marriage or a single parent. The initial blow is so emotionally heavy, or at least it was for me. I didn’t want to deal with it right away, but then again I was going through a divorce and was just retired – there was so much going on in my life other than my diagnosis. I will say this, once I was able to explain to my kids what was going on with their dad, I felt so much better. It was like a big weight lifted off my back. I didn’t care if anyone else in the world knew at that time – they were the ones that mattered. I was focused on how it was going to make them feel, I didn’t want them to feel bad or worry. And another thing I focused on was that I didn’t want to embarrass them. Sometimes when I’m at games and stuff and I get surrounded by parents talking, my tremor kicks in, and in my mind I feel like I’m embarrassing my kid – when that couldn’t be further from the truth. My biggest fear is embarrassing my kids, because if I saw that I was it would devastate me.

As you mentioned we are all very different and our Parkinson’s symptoms are often unique from person to person. What are your biggest challenges as far as symptoms go?

The tremor and my gait, definitely. I’m assuming I’m walking normally but it definitely feels different when I’m walking. Then there’s depression, I’m on medication for that, which has helped tremendously. And anxiety, here I am a public figure trying to be a champion for this disease and help defeat Parkinson’s and then I get this deep anxiety that makes it really hard to go out and speak to people. I’m sure you understand this (which I most certainly do) but it gets so bad. My mouth will get dry, my eyes will get dry, and I start to tremor, it’s crazy.

I was watching an older interview you had done where you discussed that you weren’t sure “they” wanted to find a cure for Parkinson’s and other diseases given there’s so much profit in medications for our disease. What are your thoughts on that today?

I think a lot of people make those statements. I still think everyone is trying to find a cure. It doesn’t benefit drug companies to find a cure. I think they have their place within the Parkinson’s community, because without them a lot of foundations couldn’t get their programming off the ground. Not to mention we need their medications in order to survive. I’m thankful for those medications and hopefully some day when there is a cure they are instrumental in putting it out there.

“Everyone is trying to find a cure, but it doesn’t benefit drug companies to find one”

Do you think your career in the NBA can help you in living your journey with Parkinson’s?

It absolutely helps me. I’m a retired professional athlete I know how to be in tune with my body, whereas someone else with Parkinson’s who doesn’t have a background in sport may not be. When something starts to happen to my body that isn’t normal, I think ‘that must be Parkinson’s’. I know how to train, which can be a curse too as I know how hard it is before I even start exercising. Sometimes I’ll think to myself ‘I don’t have to do that, I don’t have to be in tip top shape’. I don’t know how to just coast and how just a little bit each day can be such a help.

What do you hope you can continue to achieve with the Brian Grant Foundation moving forward?

We’ve gone through some changes recently and they’ve been very good. Right now we have our wellness retreats, bootcamps and also our nutritional cooking classes. Those are the things we are trying to roll out. Our goal, or at least my goal, is that in the next five to 10 years we’ll be able to roll these things out in other cities through this organisation. That’s my dream! 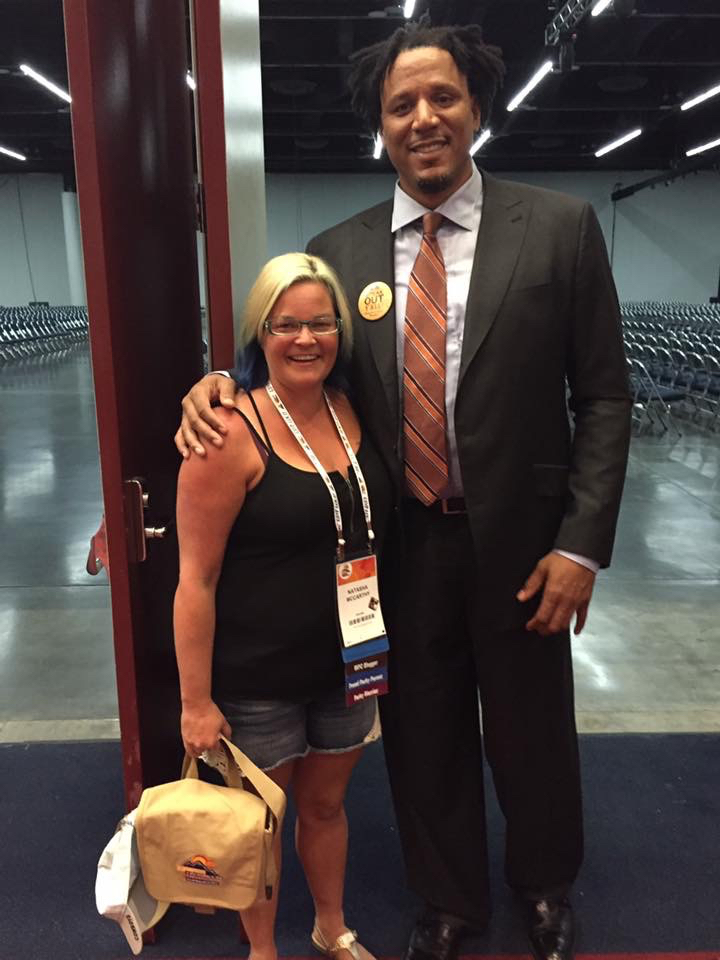 This is an edited version of ‘Brian Grant – Life and Parenting with Parkinson’s – A candid conversation between two Parkies’, originally posted by Natasha McCarthy on her blog ‘A broken body’s Journey’, and republished here with her kind permission.

It’s a serious disease, but as you know, we have a chance to be around for a while