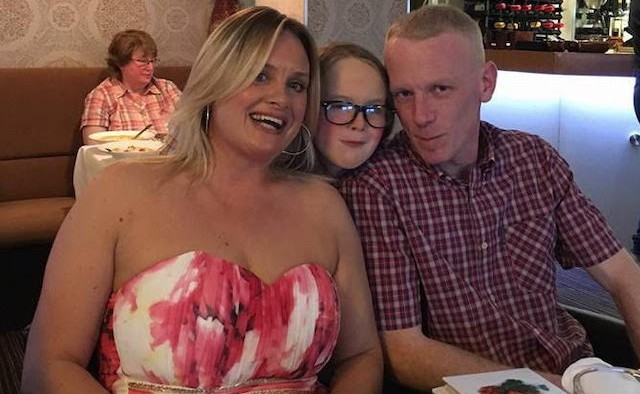 In this guest post, Parkinson’s campaigner and author Dean G. Parsons has an honest and open conversation with his friend Brendan Quinn (pictured above) about young-onset Parkinson’s.

In a revealing interview, Brendan reflects on the shock of being diagnosed with the condition in his late thirties, the pressures he feels to provide for his family – and his experience of deep brain stimulation

Brendan Quinn was 35 years old when he received what he called “…the shocking diagnosis of young-onset Parkinson’s.”

I interviewed the inspiring 38-year-old, from Nottinghamshire, UK, about his recent Deep Brain Stimulation (DBS) surgery on a video link – he appeared on my screen from his car.

“Inside a vehicle is one of the few places I have space to think,” Brendan chuckled.

To learn about Brendan’s experience, I asked him what his life was like before Parkinson’s?

“Life was different. I was different. Parkinson’s has changed me. I used to work hard and play hard, but I think I was too career driven and materialistic back then.”

There was clear emotion in Brendan’s voice as he recounted how he got to where he is today, by his own admission Parkinson’s was not part of the plan. “I’d been an active kid. I’d dreamed that I’d retire at age forty, travel the world and have adventures. Parkinson’s destroyed that dream.”

He continued: “My dad, a coal miner, died from a heart attack when I was young and I ended up skipping school to help my mum financially. It’s why I became so driven in business. I took on my mum’s mortgage. A lot of people depended on me, they still do.”

For Brendan, it was that feeling of responsibility that made his Parkinson’s diagnosis so difficult to take. And like anyone living with young-onset Parkinson’s, it came at the worst possible time.

He explained: “I’d started building my businesses. I was married. My daughter was four, and that’s when the two fingers in my left hand started twitching.”

Despite experiencing the common Parkinson’s symptom, he never considered he might have a neurological condition.

“Unbelievably, I’d never heard of Parkinson’s”, he said. “I put it down to stress, but eventually family suggested I should see my Doctor.

“I was referred for extensive tests and once my results came through the neurologist broke the news. I had so little knowledge of Parkinson’s that I thought a course of antibiotics might treat it!”

Despite being advised by others to slow down, Brendan started doing more. He attributed this to needing to make “his late father proud.” 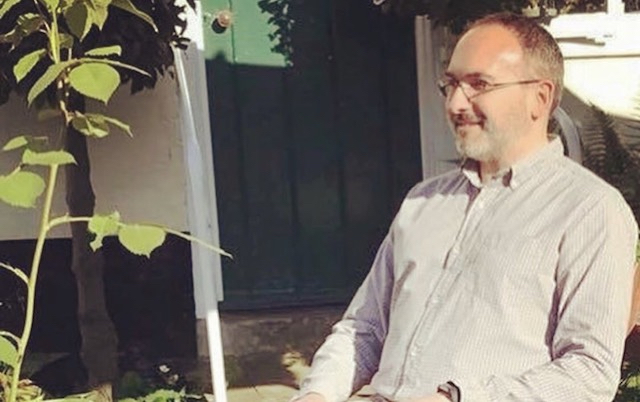 The road to Deep Brain Stimulation

It wasn’t an easy journey for Brendan. He tried various different drugs to treat his tremor, from levodopa patches to Sinemet, but found that nothing worked long-term. In fact, in the first six months he was diagnosed with a drug resistant tremor – and then subsequently developed severe dyskinesia.

“My hopes faded as my symptoms worsened,” he explained. “I was desperately trying to provide for my family.”

“I ended up joining a Facebook-support group called Parkinson’s Road. Their support changed my life.  It’s vital to connect with others with Parkinson’s.”

Together with his neurologist, Brendan decided that Deep Brain Stimulation (DBS) was the only option – something he says came more daunting as it approached.

“Surgery was authorised. I started preparing my businesses and family for my absence. This was a tough time. I was petrified.”

“I’d heard bad things about DBS but my experience was amazing. I have little memory of the surgery. I remember having to tap my fingers, repeat the words ‘British Constitution’ to test my speech and I was able to jokingly ask whether my head was still screwed on?”

So what advice does Brendan have for others considering DBS: “I would say, do it. Don’t be scared. The improvement in me is amazing. I’m now on half of my medication, my tremor is 90% gone. I feel renewed and I’ve grown through this.”

As if Brendan hadn’t had enough to contend with, in the days leading up to his surgery he was faced with an entirely unrelated challenge. His business, Café Amelia – a café in Nottingham, UK, named after his eight year old daughter – was flooded.

“I’d been preparing my businesses for my absence. Completely exhausted, I’d managed to go to a warehouse to pick up six weeks-worth of shop supplies. Colleagues on deliveries called me at 4am one morning. They informed me that Café Amelia had been flooded.“

“I felt almost broken.” said Brendan. “I’d lost thousands of pounds of stock and vehicles and surgery was just days away. The place was deep in water and filth. My dyskinesia and tremor were off the scale. If it wasn’t for friends who helped me clean up, I could have given in – but I’m a stubborn guy so kept going.”

Despite the many difficulties and barriers Brendan has faced over the last few years, he refuses to allow it to dampen his spirit – or affect his philosophy on life.

“Every day I ask myself what can I do, rather than what I can’t? I focus on today. For the first time in years, I believe in my future. My wife, Alana, has her husband back – and my daughter has her dad back.”