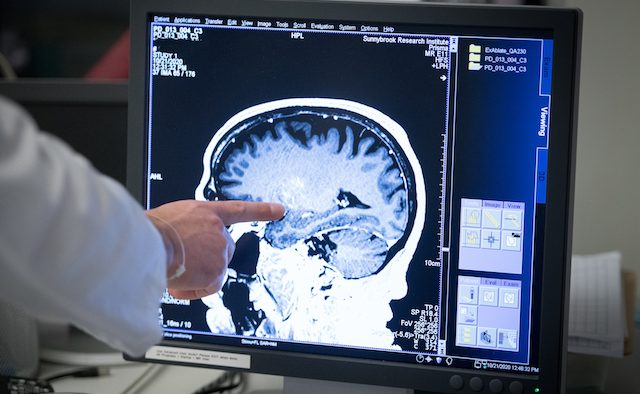 Researchers in Canada are using focused ultrasound technology to deliver a Parkinson’s treatment directly to areas of the brain that are affected by the condition.

With focused ultrasound, researchers can reach deep regions of the brain without cutting into it. The technology works by opening the blood-brain barrier, which prevents foreign substances in the blood – including potentially helpful medications – from entering the brain.

The team of experts, based at Sunnybrook Health Sciences Centre and University Health Network in Toronto, Canada, are running the first phase of clinical trials. As part of the trial, scientists are investigating the delivery of the enzyme glucocerebrosidase to the putamen, a key area of the brain that helps regulate movement.

Dr Nir Lipsman, co-principal investigator of the study, says: “The goal of this Phase I trial is to examine the safety of temporarily opening the blood-brain barrier in key motor regions known to be implicated in Parkinson’s disease as well as delivering promising therapeutics directly to these areas of the brain.”

This first phase will involve people with Parkinson’s disease, aged between 35 and 73 years old. The participants will receive three treatments every two weeks – and a clinical imaging follow up at one, three and six months after the final ultrasound treatment.

Pat Wilson, the first person with Parkinson’s disease to take part in the study, says: “I hope that by taking part in this clinical trial I can help make a difference.

“My father had Parkinson’s and I saw the difficulties he faced. I am living with the challenges of this condition, and I hope that this study can help in finding a treatment to help others with Parkinson’s in the future.”

Dr Lorraine Kalia, co-principal investigator on the trial, explains that the treatment could be promising in preventing neurodegeneration in Parkinson’s disease: “It’s important to remember we are still in the very early stages of this clinical trial, and while there is currently no cure for Parkinson’s, we are investigating whether using MRI-guided focused ultrasound to allow for enzyme replacement in the brain could be a promising approach to reduce or stop neurodegeneration in Parkinson’s disease.”

Commenting on the significance of the trial, Dr Kullervo Hynynen, vice president of innovation at Sunnybrook, adds: “This world-first clinical trial showcases the potential of focused ultrasound in opening the blood-brain barrier as we continue the search for new treatments that could change the course of Parkinson’s disease.”

Read more about the world-first trial for Parkinson’s disease.