Over seven million people have Parkinson’s across the world right now. If we continue to be complacent, this number is going to double and triple in years to come 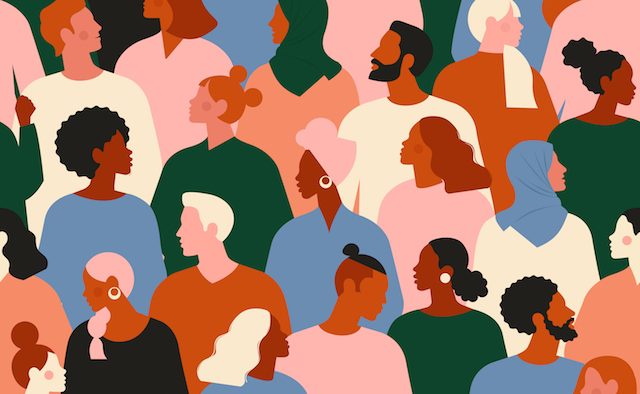 To mark the sixth annual World Brain Day – this year dedicated to raising awareness about Parkinson’s – six leading experts from around the world came together to explore some of the most pressing issues facing people with the condition. We share some of the key takeaways from their discussion

On 22 July, the World Federation of Neurology (WFN) partnered with the International Parkinson and Movement Disorder Society to host a webinar to mark World Brain Day 2020, one dedicated to exploring the issues around Parkinson’s.

Professor Tissa Wijeratne, chair of World Brain Day, launched the discussion by asking the audience to “be disruptive and join our bandwagon to end Parkinson’s”. He reminded viewers that the number of people with Parkinson’s is increasing globally, and at a phenomenal rate: “Over seven million people have Parkinson’s across the world right now. If we continue to be complacent, this number is going to double and triple in years to come.”

Covering topics ranging from diagnosis to treatment, prevention and more – we round up the highlights from the webinar.

1. Parkinson’s treatment is being delayed due to Covid-19

Dr Susan Fox, associate professor of neurology at the University of Toronto, Canada, praised the technology helping to keep many physicians in touch with their patients, but expressed her concerns that people with Parkinson’s have been failing to seek treatment due to fear of contracting Covid-19. “We don’t want people delaying the care they need because of Covid-19. If you have Parkinson’s and are experiencing medical problems you really need to go and see your doctor,” she urged.

2. Non-motor symptoms are “unrecognised and undertreated”

Non-motor symptoms such as anxiety and depression have a dominant impact on the quality of life of people with Parkinson’s, and yet research mostly focusses on treating motor symptoms. According to Dr Victor Fung, clinical associate professor at Sydney Medical School, Australia, “non-motor symptoms are unrecognised and undertreated” and common issues such as “constipation are hardly studied at all”. To him, this was one of the most important open questions facing researchers – as well as the need for researchers to take a “whole brain approach” to treating Parkinson’s.

Tackling this issue, he said, requires intervention “at a multinational United Nations level”. He added that there is a very real sense of urgency because “trying to leverage governments is an effective way to do this, but it takes time. For a lot of people, time is something they don’t have”.

4. Advocacy is a “duty for any physician or healthcare professional”

Professor Wolfgang Grisold, the WFN’s secretary general, spoke about the importance of advocacy for people with Parkinson’s of any age – and the role healthcare professionals play in that. Speaking up for others is particularly necessary for under-served communities, including ethnic minorities and those from lower income backgrounds.

He added that, “even in countries with optimal medical care, Parkinson’s patients still suffer from feelings of otherness” and a sense of social isolation.

5. A multidisciplinary approach to Parkinson’s care is the ideal

Dr Susan Fox explained how a multidisciplinary approach to Parkinson’s, one which would incorporate exercise, social work, occupational health and neuropsychiatry all into one treatment plan, would be “the ideal way to look after someone with the condition”. Though this approach has been around for many years, the uptake of it wholly depends on the healthcare system in any country, or region, she said.

All six experts emphasised the need to raise awareness about the condition – particularly outside of the West. Professor Wolfgang Grisold said: “It has been the task of the World Federation of Neurology to promote education in countries where there is a knowledge gap around Parkinson’s. Filling that gap will help people get diagnosed earlier.”

Victor Fung added that, as a contributing factor, “the issues to do with diagnosis in under-served countries is often to do with the availability of doctors”.

Over seven million people have Parkinson’s across the world right now. If we continue to be complacent, this number is going to double and triple in years to come

Is chewing difficult? Read these tips for easy-to-chew meal planning