I spent three to four months doing research, talking to patients, going to care homes and attending Parkinson’s UK drop-in sessions. More than the disease itself, a big problem is its impact on social lives 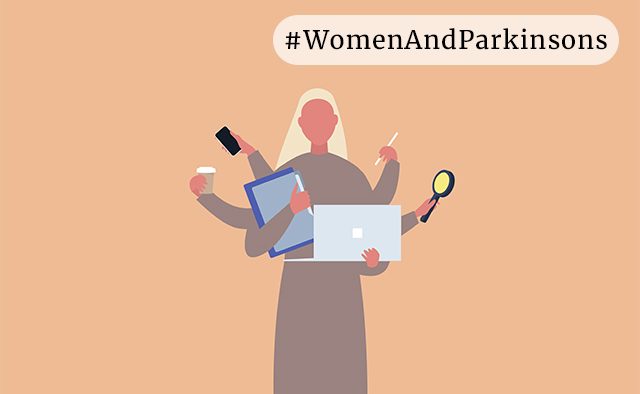 As part of our Women and Parkinson’s campaign, we take a look at the female innovators behind the latest tech advances for the global Parkinson’s community

Erin was inspired to research Parkinson’s after watching an interview with Michael J. Fox, the actor and Parkinson’s activist, noticing that his facial expressions, and those of other people with Parkinson’s, seemed “emotionally distant or unfelt”.

After extensive research and teaching herself to code, she developed the AI tool which uses data from photos of the face to identify early indicators of Parkinson’s. During her research, she reached out to the Michael J. Fox Foundation, which led to the organisation collaborating with Smith during development and research.

During her TED talk, Erin said: “One of the most fascinating elements of this diagnostic tool is that it utilises biomarkers that may occur up to 10 years before the onset of traditional motor symptoms and subsequent diagnosis. This is especially critical because it opens up an exciting opportunity to start developing and testing novel therapeutics which will ultimately change the way Parkinson’s disease is treated.”

Erin was granted a Thiel Fellowship, which grants USD $100,000 to young entrepreneurs in aid of developing their research.

The DNA nanorobot helps to provide accurate treatment for Parkinson’s by targeting specific cells rather than all cells in the brain, so patients can get treatment that is best suited to them.

Sofiya, whose invention has been recognised by the Google Science Fair, found inspiration after reading a paper by US researcher Lulu Qian on walking molecular robots.

She said: “By providing more targeted treatment, my invention could hopefully lesson side effects and make it possible for constant amounts of medication to cross the blood brain barrier and be administered to patients.”

Sofiya is also founder of a non-profit organisation called Girls Code Chess and is involved in the Ukrainian American advocacy scene.

Beats Medical is a smartphone app that incorporates metronome therapy – which aims to help manage Parkinson’s symptoms such as shortened steps, reduced walking speed and freezing.

Ciara began work on the app in 2012. It launched in 2015, and the team has since updated it with additional speech and hand dexterity exercises.

Ciara says: “It’s like a musical beat or sound wave, which acts as an external signal to control movement and help overcome the walking issues. For many years this treatment was provided in hospitals, but was not available at home as the beat/signal needed to be individually tailored.”

Ciara has raised USD $1.2 million in funding for the development of her products.

Neha, who heads up the tech company ‘Walk to Beat’, is the award-winning inventor of a vibrating Parkinson’s walking stick prototype.

The device detects a pause in motion and sends rhythmic vibrations to the handle, helping the user regain their natural walking motion.

The product design technology graduate was inspired to invent a mobility aid after witnessing her late grandfather struggle with freezing of gait and subsequent falls, caused by his Parkinson’s.

Neha says: “I spent three to four months doing research, talking to patients, going to care homes and attending Parkinson’s UK drop-in sessions. More than the disease itself, a big problem is its impact on social lives. Some other products for people with Parkinson’s have a stigma attached to them – they look like products for disabled people.”

Learn more about Walk to Beat.

The laser cues are activated by pressure when the wearer touches down on the ground.

Studies have shown that the futuristic technology can help reduce injuries, ultimately cutting healthcare costs, and improving quality of life for people with Parkinson’s.

Lise says: “Having a close family member with Parkinson’s is difficult. It is devastating to watch my father’s deterioration and I have often felt frustrated with being unable to help him. One of his biggest problems has been with freezing… This can be very worrying for the rest of the family. Working on a product that can help improve his quality of life is very important for me.”

Lise was awarded a EUR €1 million prize in 2019 form the European Commission for social innovation.

Product designer Mileha noticed that her uncle – who lives with Parkinson’s – could walk smoothly up and down stairs, but experienced freezing of gait on flat ground. She found a way to combat this by creating a flat staircase illusion, which is placed on the floor for users to walk over. Results have shown that people with the condition are able to walk more smoothly on the areas where the illusionary mat is placed.

Mileha also designed the ‘NoSpill’ cup to prevent the spillage of liquids caused by tremors. The cup has a curved shape at the rim and opening, which deflects the liquid back into the cup rather than spilling out. It also features other details to help people with tremors: a large handle and wider base as well as small grooves for extra grip at the fingers.

Mileha said: “I know for a fact that a lot of people living with Parkinson’s are worried they may draw unwanted attention to themselves in public by spilling their drinks because of their tremor… I’m getting a lot of requests for the cup and I’m looking for ways to start the mass manufacture process.”

I spent three to four months doing research, talking to patients, going to care homes and attending Parkinson’s UK drop-in sessions. More than the disease itself, a big problem is its impact on social lives