Being a young black woman played a huge role in my delayed diagnosis. The neurologists I initially consulted stigmatised me 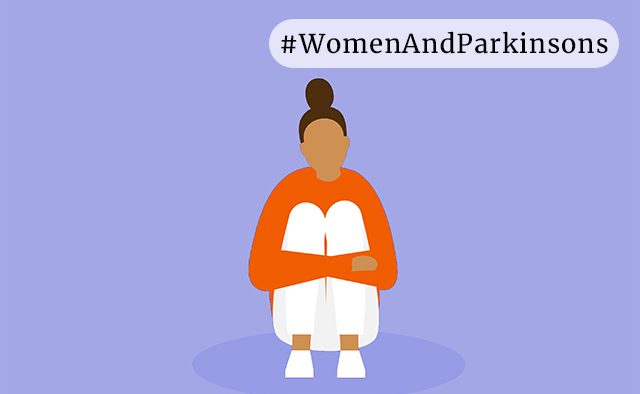 It took a decade for Manon Day to be diagnosed with Parkinson’s – with clinicians treating her as though she was a drug addict, causing her to feel “mistreated” and “powerless”. She explains the role being a young black woman played in her delayed diagnosis ­– and why “we need more awareness to break the myths and stereotypes” around who the condition affects

My Parkinson’s symptoms started at the age of 17, but it wasn’t until 10 years later that I was diagnosed with the condition, aged 27.

Over the years, I was living with uncertainty and was worried about my physical state. At first, I struggled with low blood pressure and I was fainting several times a week. Now, my symptoms include stiffness, difficulty moving, speech problems, bladder dysfunction, fatigue and more.

When I was officially diagnosed with Parkinson’s in 2011, I was overwhelmed and in shock – it had taken a decade to get the right diagnosis. I knew for sure that Parkinson’s was going to change everything.

Women are less likely to be diagnosed with Parkinson’s compared to men. Being a young black woman played a huge role in my delayed diagnosis. The neurologists I initially consulted stigmatised me. They didn’t believe me when I explained my symptoms: they thought I was a drug addict. I was mistreated and my experience was horrible. It reached the point where I became very ill and could not walk because my body was so stiff. Racism was the cause of my delayed diagnosis and I felt powerless.

Due to incompetence and prejudice, I did not receive the medical care that I so desperately needed. Every time the paramedics rushed me to the hospital emergency room, the neurologists sent me back home right away. Consequently, I felt distressed and abandoned by the healthcare system.

I changed hospitals and thankfully, as of now, I receive the best medical care and treatment at the Montreal Neurological Institute and Hospital. I have had an excellent response to levodopa and through medication, diet and exercise, I’m managing my Parkinson’s.

When I told my family about my diagnosis, they were stunned, as we thought that the condition usually afflicts the elderly. We started researching it intensely. Although my movement disorder specialist gave me lots of information about Parkinson’s, I had no knowledge about how the condition affects women in general – for example how I experience more symptoms of rigidity and slowness during my periods.

There were several challenges related to my young onset diagnosis: I couldn’t pursue my studies in the field of translation, and I chose not to conceive children because pregnancy is a risk to my health. In addition to my Parkinson’s, I live with a second rare disease called acromegaly, which I was diagnosed with in 2014. It’s a hormonal disorder that affects approximately 2,000 people in Canada. It’s a damaging and incurable disease and, as far as I know, I am the only person in the world living with both young onset Parkinson’s and acromegaly.

Parkinson’s has also had negative effects on my hobbies and social life – it’s a devastating diagnosis to receive in the prime of your life when you are full of plans for the future.

Generally speaking, women and people from minority backgrounds are underrepresented in Parkinson’s research community. I am registered in a clinical Parkinson’s trial database called the Quebec Parkinson’s Network because I want to be involved and share my experience to advance knowledge in the scientific community. I think playing a small role can have a positive impact in the development of future therapies.

I’ve never met other black men or women with Parkinson’s in Montreal – and while I’m in contact with a few people online, I don’t know the details of their personal stories. It’s a sad reality that minorities face several challenges to get diagnosed correctly with Parkinson’s. That’s why three years ago I created a Facebook group called Everything about Parkinson’s Disease to connect with fellow patients, young or old – and of different races. It now has over 9,000 members worldwide. Running the group gives me a sense of purpose and I’m very happy to make a difference in people’s lives.

We need more awareness to break the myths and stereotypes around the condition. Parkinson’s doesn’t only affect old Caucasian men. It can impact anyone, regardless of age or ethnicity.

Need to know: Manon Day is 35 years old and lives in Montreal, Canada. She was diagnosed with Parkinson’s in 2011, age 27, and subsequently quit her studies in translation. She is now a Parkinson’s campaigner and runs a Facebook group called Everything about Parkinson’s Disease to raise awareness of the condition and how it can affect people of all backgrounds.

The facts: who does Parkinson’s affect?

Being a young black woman played a huge role in my delayed diagnosis. The neurologists I initially consulted stigmatised me

One Direction star praised for care of granddad with Parkinson’s