Parkinson’s is not the same in women – women are not just variants of men!” 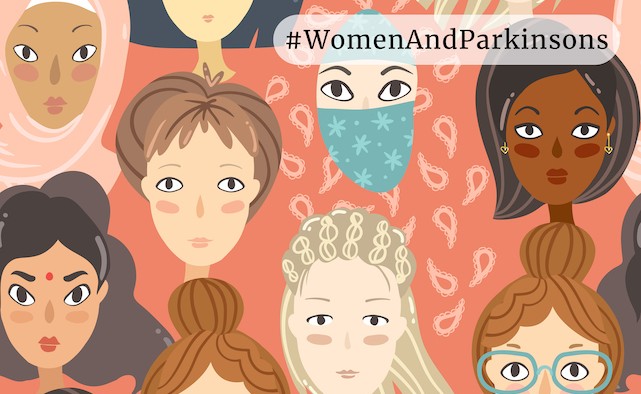 It is estimated that three million women worldwide are living with Parkinson’s, yet their specific needs and experiences are often ignored. In a new series, launched today, we will be exploring the specific ways the condition affects women – from delayed diagnoses and higher rates of levodopa-related dyskinesia to poorer care and higher rates of depression – and pressing for change

These are all facts that, thanks to a special investigation by the Parkinson’s Life team, we will be putting into sharp focus over the coming weeks. And they add up to one worrying conclusion: that women with Parkinson’s are not being well served.

Over the past few months, we’ve interviewed women whose symptoms were not taken seriously by doctors, leading to protracted diagnoses. They report being told that what they were experiencing was to do with their hormones, or stress – “anything other than Parkinson’s”.

Some said that doctors listened to their husbands, but not to them. One said her doctor tested her for thyroid problems multiple times until she “practically begged him” to send her to a neurologist. Another said her doctor assumed she was a drug addict. Some were told it was all in their head. As one told us: “Yes it was, but not in the way my doctors were thinking.”

Our research has also revealed marked differences between the way women and men experience the condition – many of which are not understood because clinical research into Parkinson’s is carried out primarily on men.

This scenario is far from unique to Parkinson’s. In her landmark book published earlier this year, Invisible Women: Exposing Data Bias in a World Designed for Men, the British author Caroline Criado Perez set out in forensic detail the ways in which women are treated as smaller versions of men, with little or no account taken of their specific needs and experiences.

Among the myriad problems she identified was the assumption within medicine “that male bodies can represent humanity as a whole”, meaning that medical researchers systematically fail to include “female… animals and humans, in their research” – leading to “a huge historical data gap when it comes to female bodies”.

It was Criado Perez’s book – coupled with a conversation with the US blogger Allison Toepperwein, who spoke to us about being a mother with Parkinson’s for our first PL podcast back in July – that prompted us to start investigating this knowledge gap when it comes to Parkinson’s.

The evidence is damning. Through our trawl of the literature, we found that although the risk of developing Parkinson’s is twice as high in men than in women, women experience a more rapid disease progression and a lower survival rate. They receive lower-quality healthcare than men, are less likely than men to be monitored by a movement disorders specialist and are also less likely than men to undergo complex treatments like deep brain stimulation – despite evidence showing that women show greater improvements than men following such treatments.

In terms of side effects, women with Parkinson’s more commonly report depression than men. They are more likely to experience levodopa-induced dyskinesia than men – which may be related to the use of “gender neutral dosages” for the vast majority of medical drugs, as identified by Criado Perez, which fail to take into account women’s lower body weight (an alternative explanation is that women are more prone to develop such levodopa-related events due to still unexplored factors).

Our investigation – and campaign for change – is supported by the European Parkinson’s Disease Association (EPDA), the leading voice for Parkinson’s in Europe.

Russell Patten, the EPDA’s secretary general, said: “The EPDA joins Parkinson’s Life in calling for healthcare professionals in Europe and all over the world, as well as for public health policymakers, to fully acknowledge how Parkinson’s – a highly complex condition – affects women in unique and challenging ways.

During our investigation, we have spoken to 17 women, whose stories reveal more hidden, but no less important, aspects of being a woman with the condition, from its impact on menstruation, motherhood and menopause to caregiving, relationships and sex.

Over the next few weeks, we will be telling their stories to shine a spotlight on this shocking data gap and how it affects women with Parkinson’s physically, mentally and emotionally. And we’ll be advocating for change to ensure women with Parkinson’s receive the tailored care and treatment they need. As one neurologist said: “Parkinson’s is not the same in women – women are not just variants of men!”

We asked Parkinson’s Life readers what they thought was the biggest issue facing women with Parkinson’s. The majority of those polled – 64% – cited “medication failing to work” as the main problem, with 36% saying it was “being a caregiver with Parkinson’s”. All but one of the voters were women. One female user volunteered her own salient option: ‘The ability to speak and be heard’.

This campaign is just the start of improving life for women with Parkinson’s – and we need your help. If you have a story you’d like to tell, or some information for us to share with the global Parkinson’s community, please get in touch – and help spread the word with our dedicated hashtag, #WomenAndParkinsons.

Parkinson’s is not the same in women – women are not just variants of men!”

Teenager raises over $40,000 for Parkinson’s research

Jenna Sigurdson, 13, raised more than $40,000 for research into Parkinson's