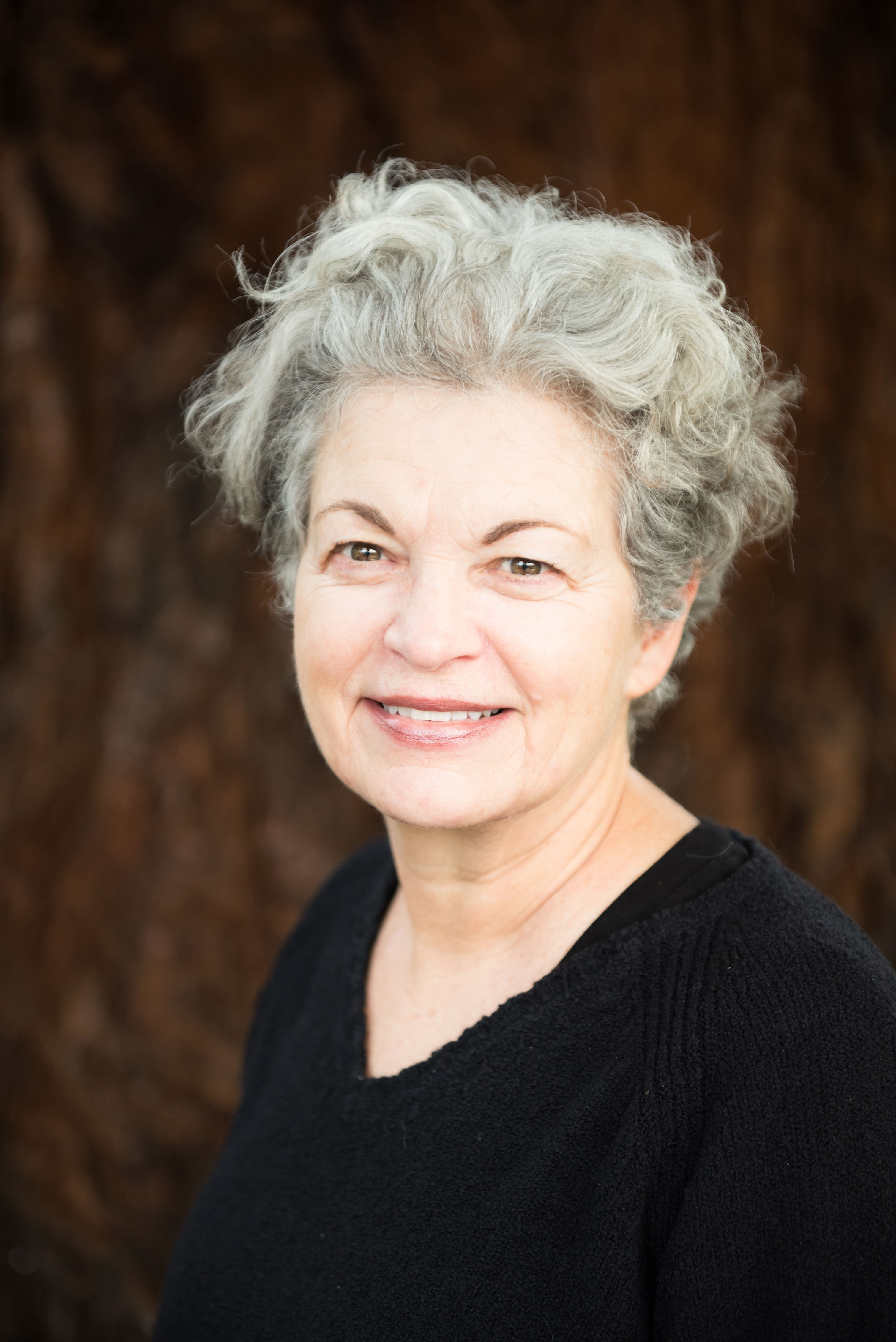 Darcy Blake was diagnosed with Parkinson’s disease in 2008. Soon after, a group of newly diagnosed and young-onset female Parkinson’s Disease patients were introduced to each other by Dr. Melanie Brandabur MD, MDS. Together they formed the women-only support group ‘Parkinson Women’s Support’ and collectively benefit from each other’s company and find a way to reach out to others.  They meet for monthly lunches Palo Alto area in California, US. 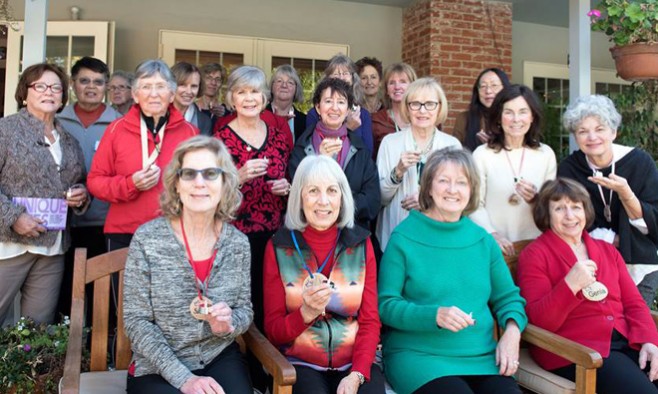 Meet one of the founders of a pioneering, women-only Parkinson’s support group

A women-only group based in California in the US – believed to be one of the first of its kind in the world ­– has been providing a space for women to openly discuss issues about living with the condition. We speak to Darcy Blake – one of the founders of ‘Parkinson’s Women Support’ – about the lack of female Parkinson’s advocates, how her support group helps women develop coping strategies, and why there’s a desperate need for more research into the impact of the disease on female patients.

First of all, when did you first start experiencing symptoms of Parkinson’s?

I was diagnosed in July 2008 after I first noticed a tremor in my little finger. I was in disbelief when I was diagnosed, and I immediately sought a second opinion just to make sure that what I was hearing was true.

Why did you feel the need for a support group just for women?

Women have unique psychosocial needs; they are most often the planners, organisers and ‘doers’ that make family and community life happen. A women-only support group provides a place where we can openly discuss any and all topics. When you are faced with a debilitating chronic disease, it is a great comfort to be able to share your concerns with someone who is like you and who understands you.

How does your group support women living with Parkinson’s?

Our group offers a supportive environment to talk about our symptoms, our fears, our medications, and our roles in our families. We’re able to share our coping strategies. We have formed very deep friendships as a result of the support group.

“In a female-only group, women can talk about sexuality and personal issues related to Parkinson’s”

Tell us about the core group of women behind the support group.

‘Parkinson’s Women Support’ started when Dr Melanie Brandabur, past clinical director at Parkinson’s Institute in Sunnyvale, California, introduced a group of women with Parkinson’s disease at a reception.

Dr Brandabur invited women – at all stages of the disease – who exhibited a positive attitude and were focused on living well with Parkinson’s. That’s where I met Susan Foster, the woman who has planned and coordinated our meetings since December 2008. Without her, our group would not have grown to be what it is today. You could say that she and I have been the principals in this start-up. She contacted the initial group of women and organised monthly lunches. We later named ourselves ‘Parkinson’s Women Support’.

How do you spread the word about ‘Parkinson’s Women Support’?

We continued to meet, and I expanded our outreach with our Facebook page in November 2010, two years after we began meeting. I started our blog www.parkinsonswomen.com in 2013. Originally, there were about seven women who attended our lunches. For the first couple of years, we often had only four to eight women at each lunch. Since then, ‘Parkinson’s Women Support’ has steadily grown to a group of over 70 women with around 25 attending each meet-up. We’re proud to say that we’ve recently spawned another support group in central California, and are working to establish groups in other parts of the Bay Area. 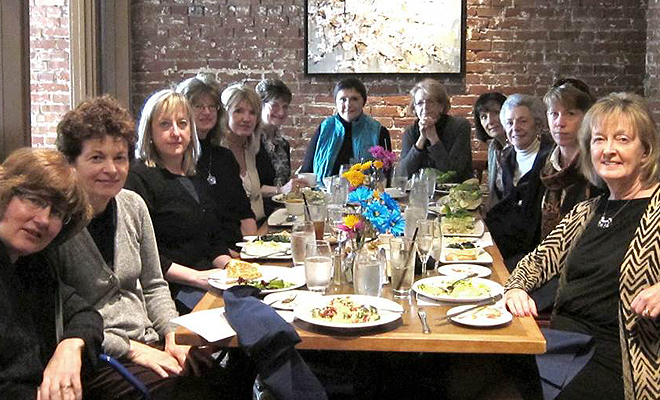 What kinds of things do you do at the meet-ups?

Although we have met for assorted field trips, walking excursions, fundraisers and conferences, our favourite activity is to simply meet for lunch and chat about our experience with Parkinson’s disease, and exchange information on medication and exercise therapies we have tried.

What kind of issues do you talk about in your group discussions?

Medication effects and exercise therapies are two big issues. All the other symptoms follow. We also chat about vacations, books, and all of the fun topics that women usually discuss!

Do you think that women living with Parkinson’s get the same level of information and support as men? What do you feel are the differences, if any?

Research indicates that women are less likely than men to see a neurologist, and research also indicates that patients who see neurologists are better informed than those who do not. I think women probably get more support from their women friends – with or without Parkinson’s. Women in general are more open about sharing personal information with other women.

How can the information and support available for women living with Parkinson’s be improved?

Our group has discussed that every woman who is diagnosed with Parkinson’s disease should receive a DVD right there in the doctor’s office that explains the disease and resources. A DVD might include self-efficacy and recommendations on local support groups.

Do you think that the lower incidence of Parkinson’s disease in women affects the ways in which research is carried out? If so, how?

Those statistics mean that there are millions of women with Parkinson’s, and yet there aren’t many gender-specific studies on women. Why do many studies exclude women? Women are not just small men! I think Parkinson’s disease needs female advocates.

Fortunately, Parkinson’s Disease Foundation initiated a discussion with their ‘Women and PD’ conference that was attended by 25 women across the US. Susan Foster was part of the leadership group that organised the event and Ann Boylan and I were two members of ‘Parkinson’s Women Support’ who were able to attend it. As advocates for women with Parkinson’s, we hope to create a dialogue about gender issues. 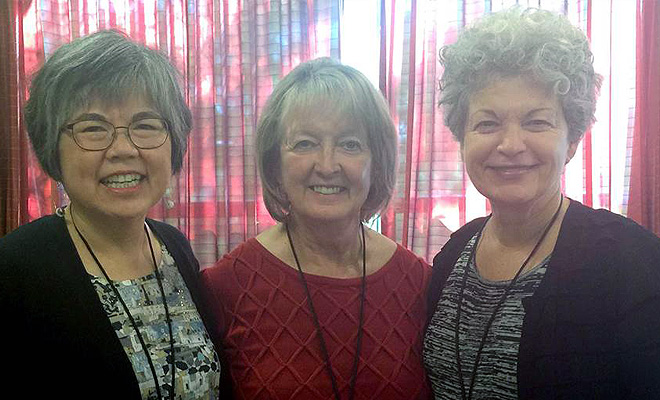 Would you advise women recently diagnosed with Parkinson’s disease to join a women’s only group? Why?

Our group offers moral support, encouragement and camaraderie for women who are Parkinson’s disease patients. In a women’s-only group, women talk about topics such as sexuality, and personal problems that they might not discuss with members of the opposite sex. A support group makes a huge difference in the life of someone with Parkinson’s because it offers unbiased acceptance, unfettered by family roles and family relationships.

Do you think that women who are part of a support group are more informed about treatment options than women who aren’t? Why?

As a person with Parkinson’s, you’re never going to be in a situation, other than the limited time in your physician’s office, where you can chat about wellness solutions specifically for Parkinson’s disease. Parkinson’s disease takes a village to seek out and compare resources! A women’s group takes some of the loneliness and fear out of confronting Parkinson’s alone, plus it is fun.

Darcy Blake was diagnosed with Parkinson’s disease in 2008. Soon after, a group of newly diagnosed and young-onset female Parkinson’s Disease patients were introduced to each other by Dr. Melanie Brandabur MD, MDS. Together they formed the women-only support group ‘Parkinson Women’s Support’ and collectively benefit from each other’s company and find a way to reach out to others.  They meet for monthly lunches Palo Alto area in California, US.

How this graphic novelist drew through his “intolerable Parkinson’s pain”

Cartoonist opens up about his new book - 10 years into diagnosis

How one girl has coped with Parkinson's since she was 10