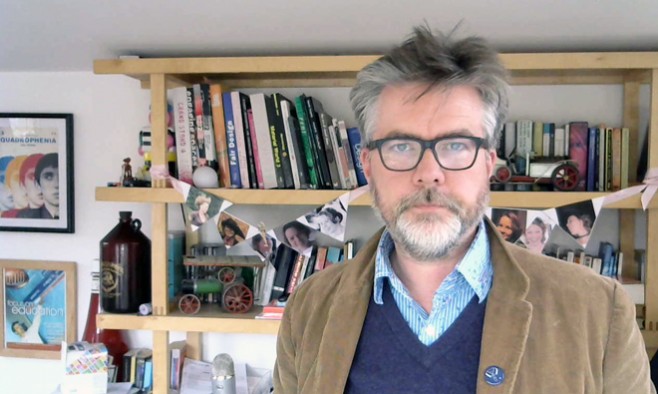 On World Poetry Day, we hear from the designer-turned-poet who, after being diagnosed with Parkinson’s disease, pledged to write a poem a day for a whole year

On 5 November 2015 Mike Bell, a designer living with Parkinson’s, embarked on a new mission, and a new hobby – to write a poem a day. The year-long project called ‘The Daily Poem’ soon became at once a creative outlet and a form of therapy. On World Poetry Day he shares some of his favourite poems about love, despair and dealing with Parkinson’s, and tells us about his plans to release the collection of 365 poems in his own personal anthology.

My daily poem was intended to create a regular mental challenge, as well as absorb some of my creative writing frustrations. I am completing my first Young Adult novel (Stuffed), but needed a ritual to my writing, which the novel does not offer, being a bigger beast to break. The daily poems, published on www.mikebellpoems.com, was a public commitment to this process. Since 5 November I have written a poem, or sometimes more than one, a day on a variety of subjects.

Most of my inspiration comes from the daily events, small things that seem to demand greater attention. The poems form a narrative to my life, politically and emotionally, which I hope engage other individuals whom are also just trying to get by with, or without, Parkinson’s.

Like the condition itself each poem is unique in formation and development: an incident or story may spark a reaction in me – from love to despair – and so I speak a few lines, even notes, or odd words, into a note-taking app on my smartphone (which is synced to my PC and tablet), and from that the idea becomes thoughts, and then thought becomes a form of composure.

I wrote the following poem when walking back from the speech therapist:

The return walk, hobbled together,
From the speech therapist’s advice,
Should encourage me to avoid The Alma,
And other throat-burn-delights.

A short climb up Framfield Road,
Past Old Ale’s 4% call;
My dignity would still remain,
If I had just the one pint pulled?

Breathing the roadside fumes,
Will surely do for me before a pint?
Or am I pouring distractions,
from the assure of medical advice ?

I am reduced by Austerity’s ardour,
Having lent a fiver to the wife;
There is no cash-point en-route,
So I will forgo that poisonous pint.

I wrote another when recalling a brief story of youth my wife had told me. I try to record the poems as I go along, although only recent addiction to Soundcloud means I am putting older ones onto audio too. I am performing at my first festival this April and have now been invited to local schools to talk about poetry and Parkinson’s. So maintaining my speech quality, as a Parkinson’s combatant, is critical for my health and my art!

The first 365 poems will be put together in an indexed publication, the working title is Bonfire One, 2015-16, representing my own desire to keep the flames of response high, and to ‘burn, burn, burn’, as demanded by the famous writer Jack Kerouac.

More than 4,600 people from 67 different countries came together in Portlan