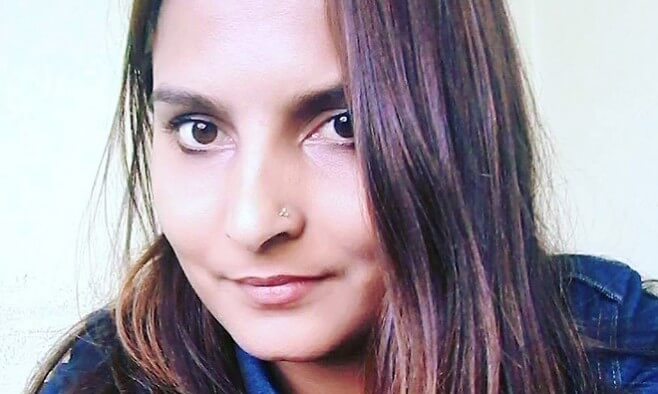 Diagnosed with Parkinson’s at 26, Banita Khanal was shocked to discover that there were no Parkinson’s support groups in her country, Nepal. Faced with poor economic resources, widespread ignorance of the condition and a blockade on medication from the Indian government, Banita recalls how she overcame these tough challenges to take matters into her own hands – and set up Nepal’s first ever Parkinson’s organisation

I was diagnosed with Parkinson’s disease at the age of 26, however I first noticed symptoms while studying for my exams at 18. I found that I was struggling to hold a pen properly but initially put these difficulties down to exam-related anxiety. It wasn’t until I was working towards my bachelor degree that I found myself having similar problems. I started having difficulty when moving and friends remarked about how rigid my hands were when I walked. Despite the early signs, it was still years before I was diagnosed with Parkinson’s.

After my initial diagnosis I began to research a great deal about Parkinson’s on the internet. While I was greatly encouraged by the worldwide support that was available for those with the condition, I was somewhat disappointed to find there were no support groups in Nepal. So, I decided that I needed to start my own support group and wrote an article about my experience in a national newspaper, in the hope of meeting others living with the condition.

Although initially my article did not generate much interest, last year I was approached by a medical officer, on Facebook, who wanted to meet with me. We met up and she told me she was interested in setting up a non-profit Parkinson’s support group, here in Nepal.

“Often when I tell people about my Parkinson’s their first reply is ‘what’s that?’”

It was in April last year, timing nicely with Parkinson’s awareness month, that we organised an event for those that were interested in the condition. We wanted our event to appeal to those living with Parkinson’s, along with carers and medical professionals. The event, which was advertised on social media, was a success with around 40 people attending.

Unfortunately, despite interest from those within the Parkinson’s community, we have faced great difficulties when trying to register as an official organisation. Nonetheless, we have founded an informal group named ‘Parkinson’s Support Nepal’ (PSN). At this stage our primary goal is to raise as much awareness as possible about Parkinson’s in Nepal. 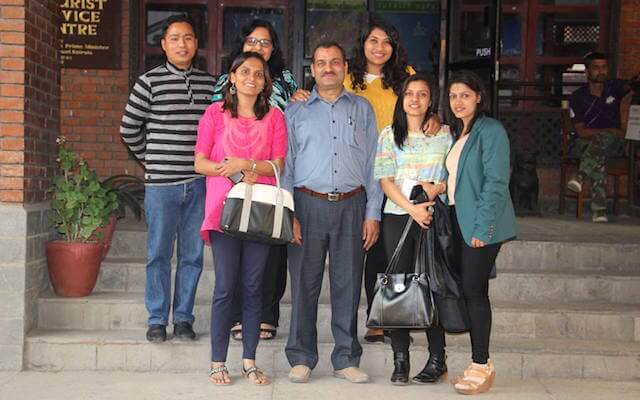 Soon after establishing ourselves as a support group we had our first success. The Indian government has imposed a blockade on Nepal, which affected the Parkinson’s community greatly as most medication is imported from India. We were contacted with a man who was worried as his medication was running out of stock. Using our network we managed to have some medication delivered to him. This was a great, early success for our group. We were particular delighted as the underdevelopment of Nepal makes it hard to run a successful support group.

As an organisation we believe our biggest challenge will be raising awareness about Parkinson’s in Nepal. Nepal is a country with poor economic resources and we find the medical industry to be particularly stretched. We firmly believe that by developing awareness about the condition we can secure far better funding to help fight the cause. I am currently working for a tourism magazine and published a small article about Parkinson’s. It is with small victories like these that we hope to move towards our aim.

‘Parkinson’s, what is that?’

The lack of attention that Parkinson’s receives has led to widespread ignorance about the condition in Nepal. Often when I tell people about my Parkinson’s their first reply is ‘what’s that?’ They are then surprised to discover that I am a young person that has such difficulty moving, this lack of knowledge is the responsibility of both the government and the media who have failed to educate the public. We know that our government set aside a small amount of funding for Parkinson’s, however we have failed to find out where this goes.

The cycle of non-education that exists in Nepal leaves the PSN in a ‘catch 22’ situation. Without awareness in Nepal it is difficult to raise funds, however without the funds it is also hard to raise awareness.

This lack of awareness also makes it difficult for those living with Parkinson’s to receive the assistance that they need. I recently applied for a disability card and was disappointed to discover that the office that distributes these cards was not aware that Parkinson’s existed. The government in Nepal has a quota for jobs for people with disabilities, unfortunately people like myself will find it hard to get these jobs without a significant increase in awareness.

At the PSN, to help further our cause, we would love to collaborate with an international Parkinson’s organisation. I would hope that a partnership with such a company would lead to the creation of jobs for those of us who are living with the condition.

‘A cause for worry’

The current healthcare system in Nepal is a cause for worry for those of us who are living with Parkinson’s. It took 10 years for my condition to be diagnosed and that was only when I travelled to India.

The hospitals in Nepal are not advanced enough to deal with Parkinson’s. To this date there has only been one successful deep brain surgery that has been carried out, and this was with the help of a Japanese doctor. If Parkinson’s care in Nepal is to improve, then there will have to be a significant amount of investment in hospitals. At the moment the system is stretched and it is very difficult to get an appointment with a neurologist. In the future I would like to see far more investment in Nepal’s infrastructure.

Here at the PSN we will work hard to continue the fight against Parkinson’s, however with no funding it is a great challenge for us. For now we must continue to try and educate, while encouraging the government to invest in the countries medical infrastructure. 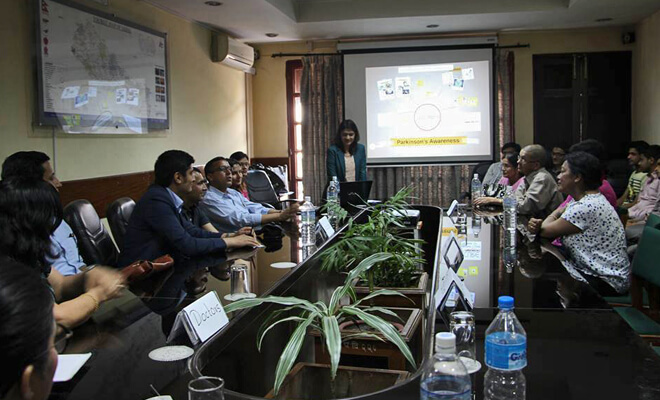