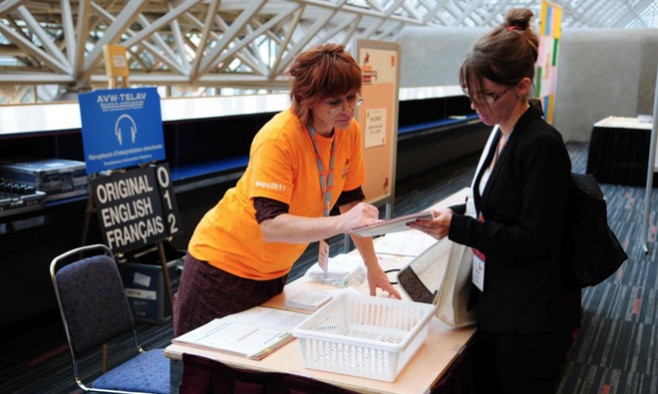 With the biggest event in Parkinson’s calendar just around the corner, we take a look at what you can expect in Portland

More than 4,000 neurologists, neuroscientists and healthcare professionals and people living with Parkinson’s will come together later this month at the fourth World Parkinson Congress (WPC) in Portland, Oregon.

Taking place between 20 and 23 September, the WPC provides the latest news on scientific discoveries, medical practices and caregiver programmes in the field.

As one of the main speakers, May May Ali (daughter of the late Muhammad who lived with Parkinson’s for 32 years) will deliver a keynote address during the opening ceremony. The remainder of the congress will be made up of workshops, roundtables and lunchtime lectures covering the 12 ‘hot topics’ affecting the international Parkinson’s community.

Issues discussed over the four days will include (but won’t be limited to) early detection, the role of genetics, traumatic brain injury, communicating with children and potential treatment applications of wearable technology.

Elizabeth (Eli) Pollard, executive director of the World Parkinson Coalition, said: “The vast array of research, from genetics to improving day-to-day living, is further evidence how the global Parkinson’s community is working toward the common goal of improving disease management and in finding a cure.”

Celebration of achievement will be another highlight of the calendar with the announcement of the World Parkinson Congress Award for Distinguished Contribution to Parkinson Community.

The congress will also see the announcement of the winning contributions in the WPC Video Competition in which all members of Parkinson’s community were invited to submit a film on their experience of living with and treating the condition.

Listen to this interview with Eli Pollard

Competition time! Spread the word about #UniteForParkinsons on social media