Be active daily and incorporate strength training into your routine 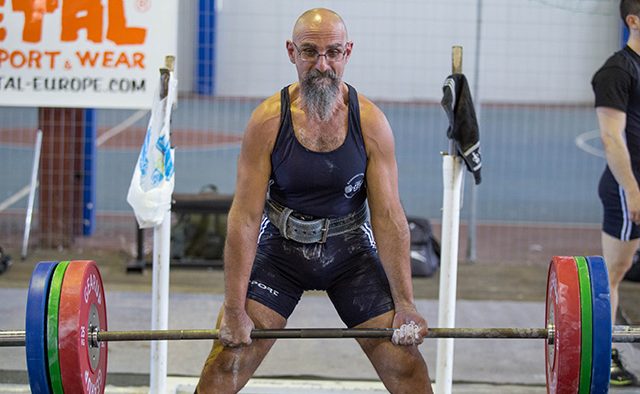 Since being diagnosed with Parkinson’s, Nikolas Koukoulakis has learned what he can about the potential benefits of powerlifting. He tells us what inspired him to coach a team of people with living with the condition in Greece

Tell us a bit about yourself and your experience of Parkinson’s.

I was born and live in Athens, Greece, and I am 53 years old. I’ve been involved in sports since I was in elementary school – I did everything, from football to ping pong to cycling. I got hooked on weightlifting and powerlifting when I was twelve years old.

I wanted to study to become a trainer, but when I wasn’t offered a place, I pursued my other passion: photography. I’ve taken photographs in various places around the world.

While working for a Greek photography agency, I noticed that I was struggling to control the camera and didn’t know why. Driving also started to become difficult. I knew something was wrong. In 2009, I was diagnosed with Parkinson’s.

How did you get involved in weightlifting and powerlifting following your diagnosis?

After my diagnosis, I got a place to study physical education and sports science. I also did a masters, which was in molecular and applied physiology. My speciality was therapeutic exercise, and my thesis was about the benefits of exercise for people with Parkinson’s.

Whilst I had always done competitive weightlifting, I had stopped this after an accident. I still lifted heavy weights and did deep squats, but I had never done any international powerlifting competitions until I met Andreas Kolettis, who is a volunteer coach at Special Olympics Hellas Powerlifting.

I joined the team as a coach, because of my speciality in weightlifting, and I continued to train myself. I became strong enough to compete and took part in competitions in Georgia, Ukraine and Russia. 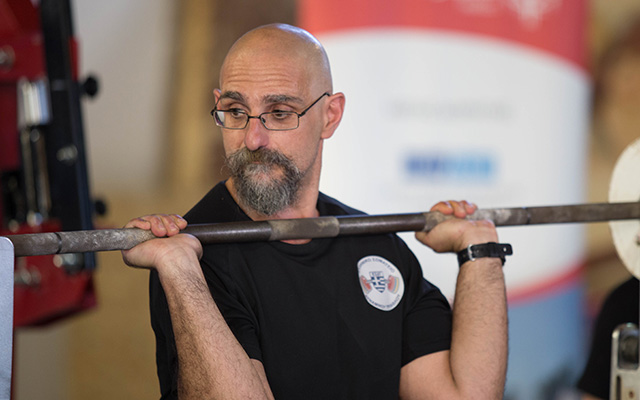 Nikolas says “we must do something for ourselves”.

What inspired you to start a group of fellow powerlifters?

I train in a gym close to my home alongside other people with Parkinson’s. I try to convince Parkinson’s community about the benefits of powerlifting, but a lot of people resist. They say: “You’ve always done powerlifting, we can’t be like you.” But I’ve known people who are ready to take part in international competitions after just one year.

In 2018, I found out about the Parkinson Games from its organiser Ruud Overes. So, I started forming the team to compete. And if a small country like Greece can form a growing powerlifting team for people with Parkinson’s, every country in the world can do it.

Why do you think strength training is so important for people with Parkinson’s?

The Covid-19 lockdown made me realise how significant powerlifting is for me. When the gym was closed, I would go out with my walking stick to walk for five or six kilometres a day; I couldn’t run anymore because of my freezing of gait. Then when it was snowy, I couldn’t go outside at all anymore, so I bought a treadmill and used that every day. I was finding that I was losing my balance and strength and my arms were shaking more. I decided I had to do something, so I made a personal gym at home.

Eventually, other people with Parkinson’s started asking me if we could train together. We trained together for six months and took part in an online powerlifting competition. I found that my symptoms started to improve, and I started walking outside again.

Strength training can offer so many potential benefits to people with Parkinson’s. For example, high intensity weightlifting exercises can help to strengthen posture muscles – which may mean fewer falls – and improve confidence. Powerlifting with others can also help with socialisation, especially after feelings of isolation brought on during the pandemic.

Strength training is a base for all sports – every athlete in the world, no matter what sport they do, likely also does powerlifting training.

What advice would you offer someone looking to do more exercise and maybe even start powerlifting?

Everybody can do any exercise that makes them feel nice and happy. I choose powerlifting and I love it. My main advice would be to be active daily, and if possible, to try and incorporate strength training into your routine two or three times a week.

We cannot expect everything from the doctors – we must do something for ourselves. We have to exercise, move, play games. No matter what science can do for people living with Parkinson’s, we must prepare our brain and body to face all difficulties.

Be active daily and incorporate strength training into your routine