I had to stop living a lie, own my diagnosis and make it work for me 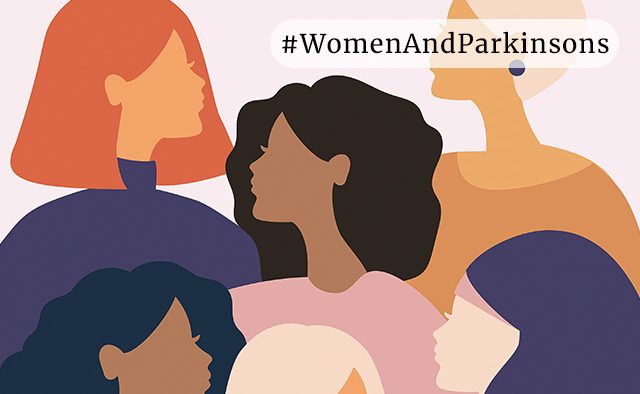 Ireland-based dietitian Richelle Flanagan once hid her Parkinson’s disease for fear of judgment, but when she connected with a community of other women with the condition, she felt empowered to speak up. Now a member of several Parkinson’s organisations, she is passionate about the importance of campaigning – and says raising awareness of the condition can benefit “everyone”

I was three months pregnant with my daughter and working in my dietetic clinic when I noticed something strange. My handwriting on a patient’s record card was much smaller than it was in entries I had made for the same patient several years prior – and I could not make my handwriting any bigger. Research told me this was micrographia, a symptom often associated with Parkinson’s disease.

The neurologist I saw recommended a DAT scan, but I had to wait until my daughter had been born and I had finished breastfeeding, as I couldn’t expose her to the radiation. Waiting another 14 months for that scan was a very difficult experience.

I remember the neurologist showing me the scan result and pointing out the lack of dopamine that confirmed my diagnosis of young onset Parkinson’s disease. My family and I went on holiday the following weekend, and although we had a lovely time, a thin black cloud lay over me and my husband as we absorbed the news. It was hard to have given birth to a much-wanted second child while coping with a diagnosis of Parkinson’s disease.

The symptoms of my condition have a significant impact on my life, especially at work. I’ve realised that when I listen to a patient, my handwriting gets smaller, as if my brain can’t cope with the combined processes. Non-motor symptoms have added another layer of challenges – with fatigue, low mood and apathy being the biggest perpetrators.

At first, I thought my fatigue was natural for a working parent. It was not until I started taking medication that I realised how much I had been struggling. When you are perpetually tired, your poor family are often the ones who suffer. I loved watching movies with my 10-year-old son, but I just could not keep awake long enough. Sometimes I would have to leave my daughter on screens so I could sleep after hitting another wall of exhaustion. The only way I can describe this fatigue is like tiredness during pregnancy – all-encompassing and like walking in treacle. 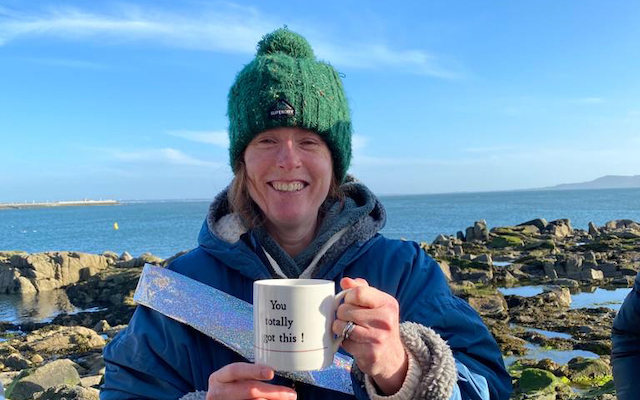 Connecting with the Parkinson’s community

As a dietitian who works with people living with many different chronic conditions, I’ve always been a big advocate for support organisations – to help people deal with their diagnosis and find support. So I did just that, joining the Parkinson’s Association of Ireland.

Thanks to a grant from the association, I attended the World Parkinson Congress in Kyoto in 2019. I was blown away by the people I met. No matter where they were in their journey, they had the courage to live their best lives. One of the most wonderful things to come out of my time there was the friendships with other women. To this day, we share our innermost thoughts, feelings and struggles with life, love and – oh, yes – Parkinson’s disease. There has been much joy and laughter, amongst the odd tears.

I had hidden my Parkinson’s diagnosis for two years, for fear of judgment. But after Kyoto, I felt I had to stop living a lie, own my diagnosis and make it work for me.

Having done a lot of research into the impact of diet and nutrition on Parkinson’s disease, I felt the potential benefit to people with the condition was being under-recognised and underutilised. So I made it my mission to raise awareness. As my first public Parkinson’s disease ‘outing’, I wrote an article about the unmet nutritional needs of people with Parkinson’s for the journal of the Irish Nutrition and Dietetic Institute. I have never looked back. 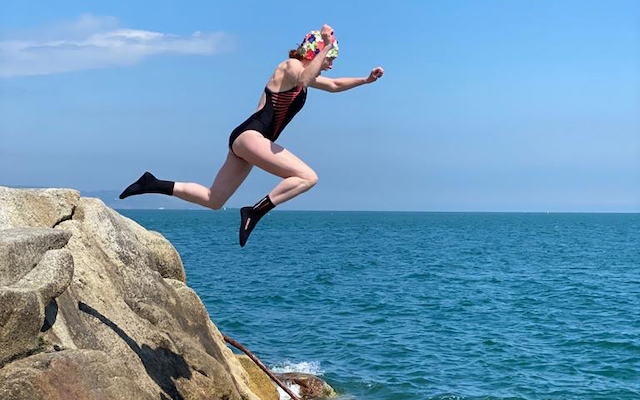 “There is a dearth of evidence about women and Parkinson’s”

I have met many women with young onset Parkinson’s who, like me, have been diagnosed around the time of their pregnancy, but there is little evidence out there about Parkinson’s disease and pregnancy. In fact, there is a dearth of evidence about women and Parkinson’s in general.

Perhaps women tend to accept the fact that symptoms get worse with menstruation or during perimenopause, rather than telling their neurologist or GP. But the only way we will get improved treatment is by speaking up in our doctors appointments, asking them to find solutions and demanding clinical trials.

Women’s health should be seen by health providers as distinct from that of men. I wish for neurologists to change the one-size-fits-all approach to a gender-based approach, with all its nuances. In fact, I am so passionate about this that I recently co-founded the Women’s Parkinson’s Project with two close friends to raise our voices for better treatment and research for women living with the condition.

Why raising awareness can help everyone

Women can be so busy juggling families, work, caring for elder parents and advocating for others that we forget to advocate for ourselves. Yet we do ourselves and our families an injustice by just suffering through it.

By collectively raising the issue all over the world, we can drive the need for better tailoring of Parkinson’s treatment to the different women’s issues – and improve research into hormonal treatments that may help men and women with the condition.

Everyone benefits from raising awareness. I passionately believe that if everyone raises the issues of women with the condition, it will help drive the agenda forward in terms of better treatments to manage, halt, slow or – dare I say it – cure Parkinson’s.

I had to stop living a lie, own my diagnosis and make it work for me