Jimmy took a single step and it turned into a walk, and that turned into a run and next thing you knew he was racing. The foundation gives people a chance to engage, and engagement is empowerment. 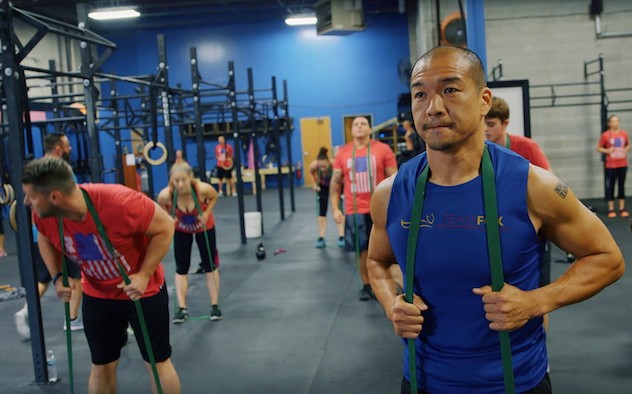 In the ten-minute video, Jimmy – who was diagnosed with young-onset Parkinson’s at the age of 27 – says he ignored the diagnosis for the first eight years, as he didn’t know how to deal with the news. As his Parkinson’s developed, his symptoms got worse – he began twitching and had to use a walking stick.

It was a feature in lifestyle publication ‘Runner’s World Magazine’  that Jimmy says changed his life. “There was an article in there about a person with Parkinson’s disease who was running their first marathon. That article inspired me so much that I told my wife I would run a 5k.”

That 5k run was the beginning of Jimmy’s “runner’s high”. He began to challenge himself on a regular basis before taking part in the Chicago Marathon on behalf of The Michael J Fox Foundation in 2012. Jimmy has now completed 14 marathons on behalf of Team Fox and was even a contestant on American TV show Ninja Warrior.

Jimmy has overcome many challenges and says his outlook on life has helped him achieve his goals. “Parkinson’s sucks, I am going to be very blunt about that,” he says. “But if I didn’t have that positive mental attitude I couldn’t tell myself to get up. To stay active.”

Appearing in the documentary, Michael J Fox – who was diagnosed with Parkinson’s at 29 –encourages others to follow Jimmy’s example. He says: “Jimmy took a single step and it turned into a walk, and that turned into a run and next thing you knew he was racing. The foundation gives people a chance to engage, and engagement is empowerment.”

Jimmy took a single step and it turned into a walk, and that turned into a run and next thing you knew he was racing. The foundation gives people a chance to engage, and engagement is empowerment.

3 steps to better posture for people with Parkinson’s