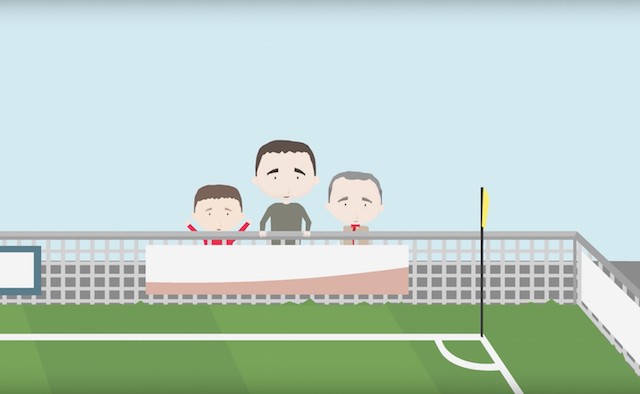 “I’ve lost three people in my life to Parkinson’s, so I understand what the condition can do to a person and their family.”

Despite being only 22 years old, animator Joshua Gilroy-Rossi knows only too well the serious impact that Parkinson’s has on people’s lives. In fact it was these experiences, coupled with his artistic ability, that led him to create a four-minute animation about Parkinson’s.

“I’ve always been creative, and love the idea that drawing can bring stories to life,” says Joshua. “I really hope that people enjoy my animation, and also learn something along the way.”

The animation, which Joshua made as part of his master’s degree, details the journey of an elderly man that is diagnosed with Parkinson’s. The short film does not feature any dialogue, but instead uses music and powerful illustrations to present its message.

Although the animation isn’t wholly based on Joshua’s personal experience of Parkinson’s, he says the piece is his way of understanding the illness. Joshua saw his great aunt, great uncle and grandfather all battle with the neurological condition.

Joshua says it was his granddad’s experience that affected him most because they were so close.

“He lived at home so I would visit him every single week, and of course you then see him get worst and it’s difficult. It means that over time your relationship begins to change.”

Through creating the animation and his wider research, Joshua says he learnt a lot about Parkinson’s that he didn’t already know – such as as the mental symptoms that can be caused by the condition.

“My research gave me a greater understanding of the mental challenges people face – such as suffering from depression. That was something that I didn’t see during my granddad’s illness.”

Joshua believes other young people must talk about Parkinson’s, as it can help them deal with the diagnosis of a loved one.

He says: “It’s ok to ask plenty of questions. I was probably too young to know what was happening at six or seven, but as I got older I eventually began to understand the complexity of the illness.

“Thankfully the people around me were very open about what was happening and what was likely to happen. So it did make it easier to deal with, as time went on.” 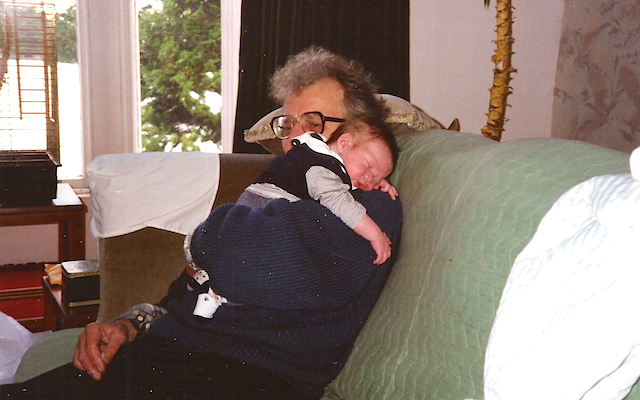 Joshua with his grandfather

Like so many others within the community, Joshua hopes that one day a cure will be found for Parkinson’s. However, until then, he says there are other things we can focus on.

“Of course my main hope is to find a cure, but if we can’t then we must focus on improving people’s quality of life. That’s really important, because as an illness Parkinson’s can be quite undignified.”

To help in the fight to find a cure, Joshua decided to participate in the Great North Run on behalf of the charity Parkinson’s UK – partly as he believes Parkinson’s doesn’t get as much attention as other conditions.

“It doesn’t get as much publicity, which is a shame because it’s such a difficult thing for people to cope with. So I guess that motivated me to raise awareness.”

And Joshua says he will be continuing to raise awareness next month, joining Parkinson’s Europe and Parkinson’s UK for the #UniteForParkinsons campaign – a global campaign which reached over 12 million people from 180 different countries last year.

“I’ll certainly be joining the campaign; I think I’ll be raising awareness for many years to come.

“I’ll be spreading the hashtag as much as I can on social media – hopefully by doing interviews, and using my love of art, I can spread the message far and wide.”

Parkinson’s ruined my calligraphy career – but not my life

There is life after Parkinson’s, insists blogger Twitchy Woman