Some other products for Parkinson's have a stigma attached to them 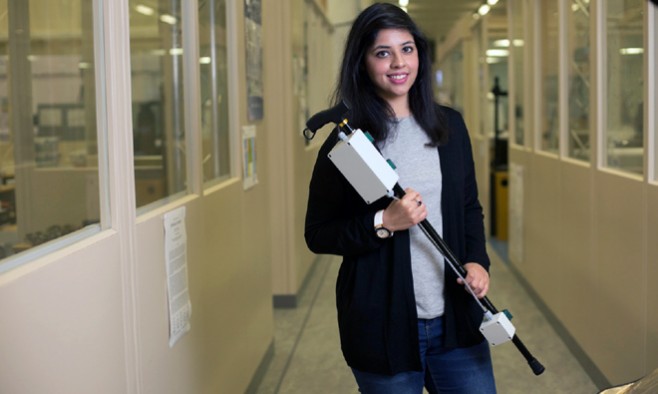 A student from Bristol, UK, has received £15,000 to develop her innovative walking stick that helps people with Parkinson’s get a grip on their condition

A £15,000 grant has been awarded to the inventor of a smart walking stick, which is designed to prevent freezing of gait – a common symptom for people with Parkinson’s disease – and enable its user to walk normally.

When the intelligent device detects a pause in motion, it sends rhythmic vibrations to the handle, helping the user regain their natural walking motion.

Product design technology graduate, Neha Shahid Chaudhry, of the University of the West of England (UWE Bristol), was inspired to invent a mobility aid after witnessing her late grandfather struggle with freezing of gait and subsequent falls, caused by his Parkinson’s.

Neha founded her own start-up company, ‘Walk to Beat’, to support the development of the product, which is based at the technology incubator at the Bristol Robotics Laboratory. There she worked on the sensors for the walking stick and produced a final prototype device at the Robotics Innovation Facility.

Neha said: “People with Parkinson’s get jammed in one place and can’t step forward – it can cause falls. They need any kind of rhythm or sequence to get them started again, because it acts as a reminder. The beat is inside the handle – it senses when you stop and turns off automatically when you start walking again. Patients say it encourages them to walk and they learn to keep pace with it.”

The device is purposely designed to look like a conventional walking stick and its vibrations can only be felt and not heard, to ensure that it doesn’t draw attention to the user and cause them to be embarrassed about their condition.

“I spent three to four months doing research, talking to patients, going to care homes and attending Parkinson’s UK drop-in sessions. More than the disease itself, a big problem is its impact on social lives. Some other products for people with Parkinson’s have a stigma attached to them – they look like products for disabled people,” Neha continued.

The technology has already been successfully tested among dozens of Parkinson’s patients, and the NHS and charity Parkinson’s UK have expressed an interest in the walking stick. 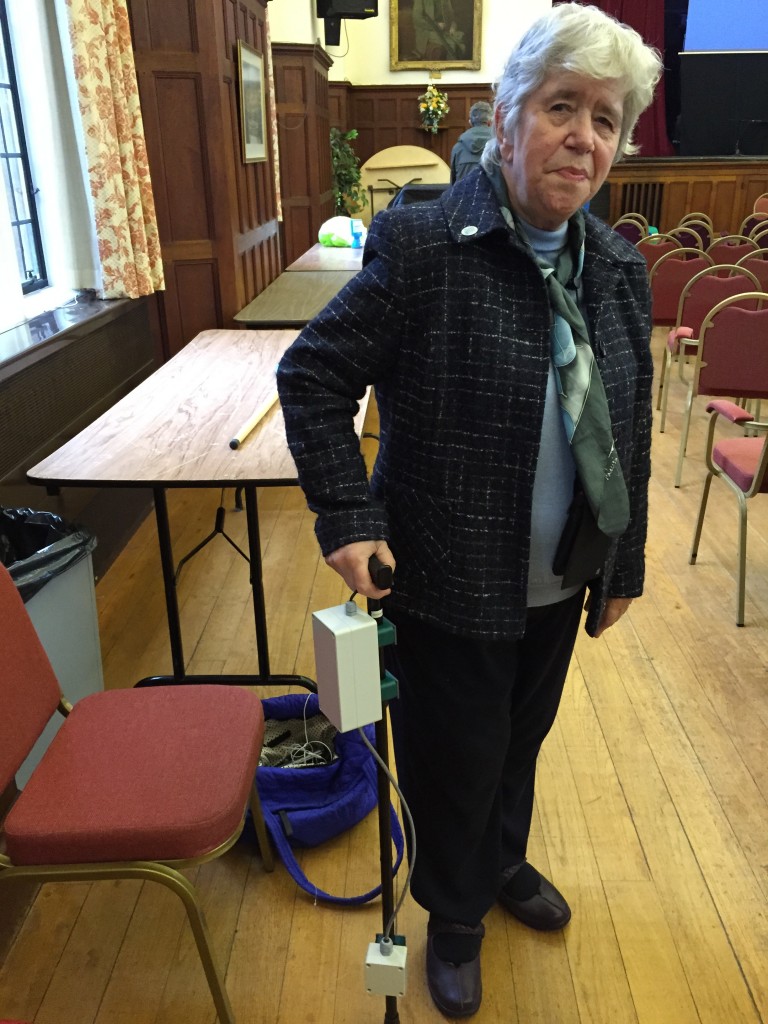 Image credits: University of the West of England, Bristol

Some other products for Parkinson's have a stigma attached to them