We are very excited about the potential benefits that this technology has to offer. 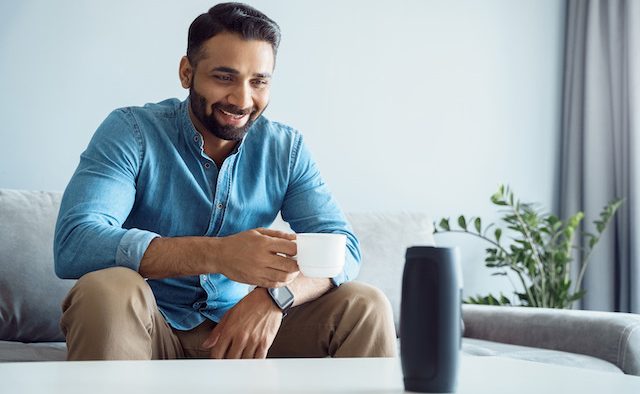 Could voice-assisted technologies like Alexa and Siri become ‘virtual therapists’ that help tackle Parkinson’s disease-related voice changes? Find out about a new study on how these voice assistants could support people with the condition

“Speech and language therapists may already have a virtual ally that is already in the patient’s home,” concludes a new academic study on the use of voice-assisted technologies (VATs) among people with Parkinson’s disease.

As the use of VATs (such as Amazon’s Alexa and Apple’s Siri) increases, researchers from Northern Ireland’s Ulster University and Monash University in Melbourne, Australia, joined forces to poll 290 participants from the UK Parkinson’s community about their attitude to the devices.

Speaking to Parkinson’s Life, Dr Orla Duffy, a lecturer in speech and language therapy at Ulster University and co-author of the study, said: “Our survey was the first of its kind to explore experiences of people with Parkinson’s, their communication and voice assisted technology.”

The results, she said, “surprised” her and her team. Of the study group, 90% owned a voice-assisted device, with 71% indicating they used it regularly – and 31% saying they take advantage of the technology specifically to address needs associated with Parkinson’s disease.

“Early speech and language therapy intervention is important in addressing communication issues related to Parkinson’s disease,” said Dr Roisin McNaney, a senior lecturer at Monash’s Department of Human Centred Computing and co-author of the study, in a press release. “However, only 59% of people living with Parkinson’s disease in Australia have regular contact with a therapist. The limited access to clinical services and speech therapies is a major concern and one that we hope to address through this research.”

Comments from participants suggest that use of VATs encourages positive speaking behaviours, such as “speaking loudly and clearly”. Low volume and reduced vocal clarity are common symptoms of Parkinson’s – in fact, the study suggests, change in speech is the third most frequently cited Parkinson’s symptom, behind slow movement and change in writing. Nearly 80% of those asked indicated that they or others had noticed speech and vocal changes as symptoms of the condition.

The study authors stated that it is “important to recognise that there may be a misconception that VAT is not an option for people with Parkinson’s disease who experience speech changes.”

A quarter of those who both owned a VAT device and reported speech difficulty said that, with continued use, the device asked them to repeat themselves less. “This suggests that out-of-the-box VAT use may actually improve speech,” the researchers wrote. However, they noted that other factors, such as increased familiarity with the technology, could account for these differences.

Survey respondents reported high levels of technological comfort, and most had no major privacy and security concerns about VAT devices.

Dr Duffy thinks VATs could offer long-term benefits to people with Parkinson’s: “We are very excited about the potential benefits that this technology has to offer. Speech problems can occur in 90% of people with Parkinson’s at some point in their condition. This means that others can have difficulty understanding them, which can have a huge impact on someone’s day-to-day life.

“Speech and language therapy can help people with Parkinson’s to communicate in the best way that they can, but sometimes it can be difficult to access this service, or to maintain the improvements outside of the therapy room. The technology may be providing a safe place to practice, that is non-judgemental and with no limit to how many times you can attempt your request. The potential for voice assisted technology to improve speech loudness and clarity is indicated and needs further investigation.”

We are very excited about the potential benefits that this technology has to offer.