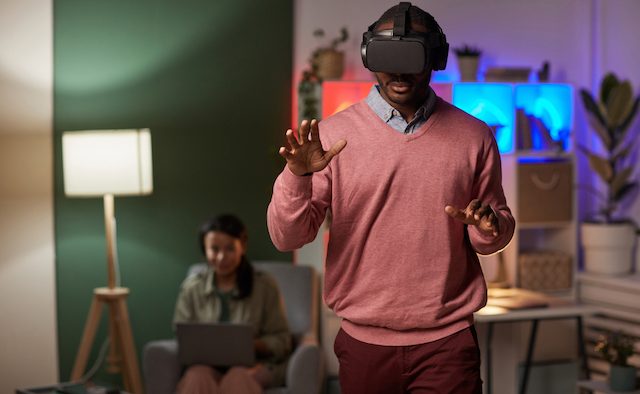 Designed by a team at Virginia Commonwealth University, the games aim to address motor symptoms and encourage movement. “The idea is to have something where you’re motivated and engaged, and you can put this headset on and work out anytime,” said research lead Professor James S Thomas.

The team invited people with Parkinson’s to test the technology at a showcasing event. Wearing a VR headset, participants used handheld controllers to play games that called for swatting and scooping motions at different speeds. One participant reported: “I can definitely see the value in these games.”

The researchers hope to create a lower-cost version of the VR system that can be used independently. “We’re trying to get you to move your body in a way that will help you maintain your quality of life,” said Thomas.

Find out more about the virtual reality games for Parkinson’s disease.

People with Parkinson’s disease may benefit from new brain scan

Virtual reality exercises “could reduce falls” for people with Parkinson’s

A recent study conducted by Tel Aviv University, Israel, has suggested that

Can virtual reality help you control your brain?