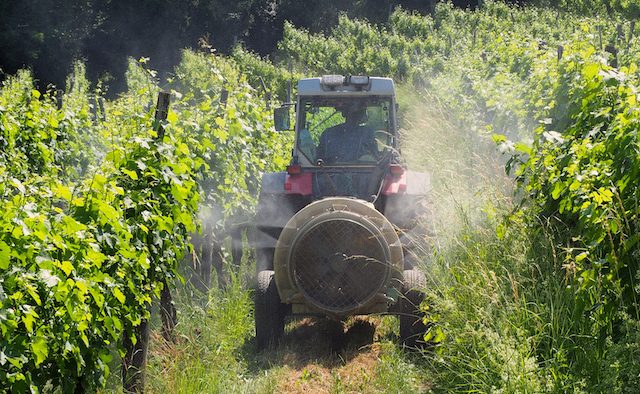 Exposure to pesticides used in vineyards could be linked to an increased risk of Parkinson’s disease, according to researchers in France.

As part of their study, the team used a health insurance database to identify farmers in France who had been diagnosed with the condition. They then compared these records with data combining an agriculture census and pesticide expenditures across regions of varying farming types, including vineyards.

They found that areas with vineyards that lacked designation of origin, and spent the most on pesticides, were associated with a 16% higher incidence of Parkinson’s.

“This result suggests that agricultural practices and pesticides used in these vineyards may play a role in Parkinson’s disease,” the researchers concluded, “and that farmers in these farms should benefit from preventive measures aiming at reducing exposure.”

Find out more about the study on pesticides and Parkinson’s disease.

One-day menu ideas to enrich the microbiome to reduce symptoms