There is no time for competition, for separation – we are being faced with a Parkinson’s pandemic and we have to be prepared and united 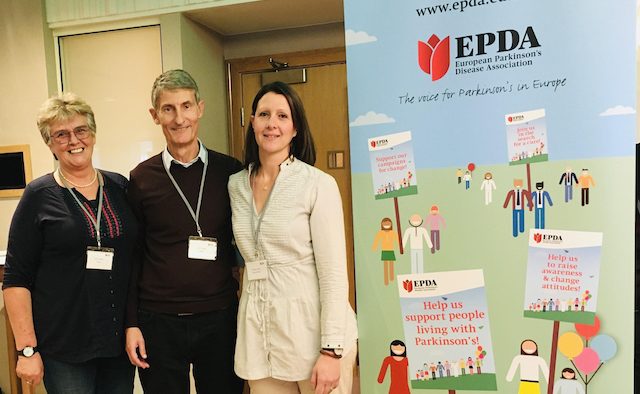 We talk to Veronica Clark, the new president of Parkinson’s Europe – Europe’s only Parkinson’s umbrella organisation.

Veronica discusses her connection to Parkinson’s community, what her role involves – and why we need to work together to improve life for people with the condition

Tell us about your connection to Parkinson’s community.

When I was in my late teens my mother came home from the doctor saying she had been diagnosed with Parkinson’s disease. At the time I hadn’t even heard of Parkinson’s, let alone knowing what it all meant. Mum’s Parkinson’s was subtle to start with and she didn’t need help with anything – but it was always there, underlying everything she did and ultimately everything our family did too.

Over the years as symptoms progress, you realise more and more that people do not understand this condition and therefore misinterpret things easily. For example someone who doesn’t smile or show engagement is seen as not being interested, someone who cannot move quickly and steadily can be seen as not making an effort or being in the way, and someone who walks out of a disabled toilet with no mobility aids may get frowned upon.

My mum has now lived with Parkinson’s for 21 years of her life – and as her immediate family we feel she is truly our hero. The world needs to know about Parkinson’s and its symptoms. We need to make this a better place for people with Parkinson’s to live in.

What does your role at Parkinson’s Europe as president involve?

My role as president is varied but my focus, together with my colleagues, is mainly to ensure that all the work, processes and decisions of the Parkinson’s Europe are done in good governance and in a transparent way. I like to know that anyone at any time can see why we do the things we do and that all our work is aligned with our strategy. I’m also involved in various projects supporting the team as needed, participating in stakeholder meetings and representing Parkinson’s Europe where needed. Then there are our board meetings which are very lively – we have a great group of people who are all passionate about Parkinson’s Europe and bettering the lives of people with Parkinson’s. 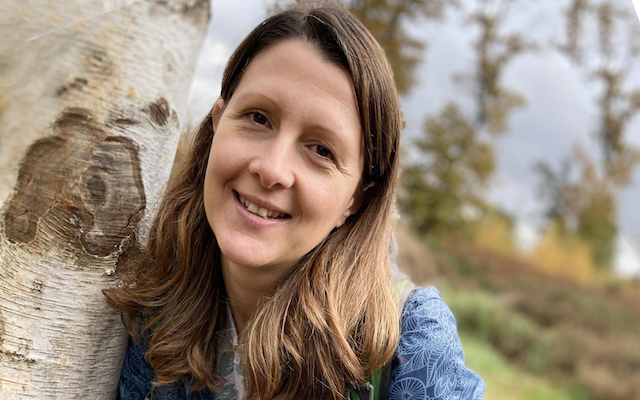 What are the key challenges facing people with Parkinson’s at the moment?

The challenges for people with Parkinson’s vary from country to country, with differences in access to treatment and medication, access to specialist doctors and access to support systems. However I think the overarching challenge is in the fact that there is no cure (as yet) and that Parkinson’s disease is not at the forefront for decision makers to allocate more funds to research.

We know that current treatments are not disease modifying, but rather symptomatic treatments which mean that Parkinson’s remains progressive. Parkinson’s Europe has a great role to play in all these areas – and in fact our strategy is designed for us to incorporate all of these points.

Why do you think the work of Parkinson’s Europe is so important?

I would like to see this continue to evolve and grow, engaging with the right stakeholders. I really do think it is worth pursuing in order to remain hopeful for a cure and to actively be part of making that a reality. 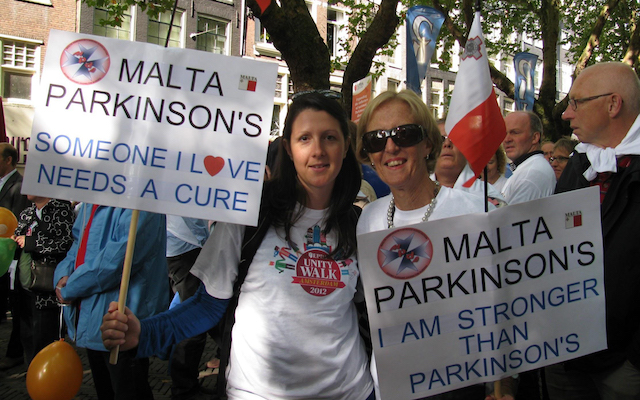 Veronica and her mum at Parkinson’s Europe Unity Walk in Amsterdam in 2012.

Has your work as a speech and language therapist given you a perspective on the experiences of people with Parkinson’s?

Working with people with Parkinson’s is my absolute pleasure – I love that I can offer practical tips and therapy that can change their quality of life. Meeting people in my clinic really does put a spin on things. These are people who have either just been diagnosed or who have lived with the condition for years. They know Parkinson’s and it knows them.

Everyone is different and that makes it challenging and interesting to find the right ways to support them. I find that people with Parkinson’s will try anything to improve the impact that their symptoms have on their day-to-day lives, and speech therapy can definitely offer so much in that respect, be it help with swallowing, voice, speech, language or drooling.

What are you most excited about in terms of the future for people with Parkinson’s?

I’m most excited about all the advocacy that different organisations around the world are doing. You only need to spend five minutes talking to other organisations to see the passion we all feel for bettering the lives of people with Parkinson’s. Things will change if we continue towards our goals together, as together we have a louder voice. There is no time for competition, for separation – we are being faced with a Parkinson’s pandemic and we have to be prepared and united.

Are you more or less hopeful now than you have been in the past?

Definitely more hopeful! You have to have positivity in this role and it is important that is shared with those you work with daily. People with Parkinson’s deserve to know that people are fighting for a better future and that, yes, there is hope if we continue to work together in a united way. We need to keep people with Parkinson’s at the centre of everything we do. 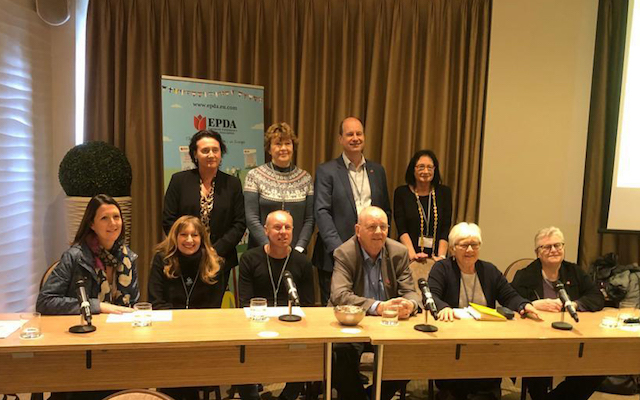 Veronica says, “Now more than ever, with growing numbers of the disease, Parkinson’s Europe has a very important role to play.”

She and her husband have lived in both Malta and the UK, and are now based in Hertfordshire, UK, with their two children.

There is no time for competition, for separation – we are being faced with a Parkinson’s pandemic and we have to be prepared and united