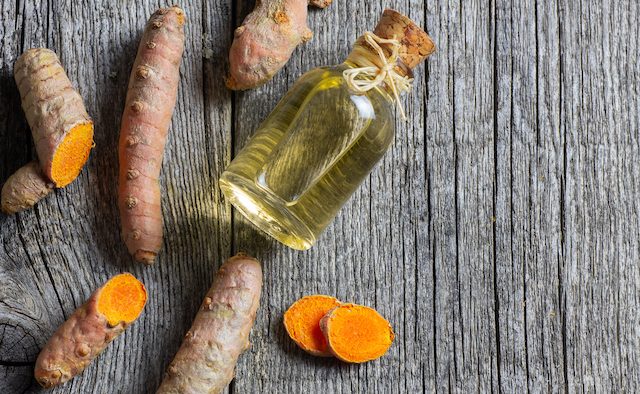 Turmeric oil may be beneficial in treating Parkinson’s disease, according to researchers from Kumamoto University in Japan.

Using midbrain slice cultures – laboratory cellular models that mimic brain activity – the team analysed the effects of a natural form of aromatic turmerone and eight structurally similar derivatives. They tested the derivatives’ anti-inflammatory effects, as well as their ability to protect dopamine-producing neurons.

Those with the strongest anti-inflammatory effects were found to prevent the loss of dopamine-producing neurons. Among these were aromatic turmerone and its derivatives, suggesting their role as a “potential candidate for treating Parkinson’s disease”.

In a press release, lead author Takahiro Seki said: “Our study elucidated a new mechanism by which ar-turmerone and its derivatives directly protect … [dopamine-producing] neurons.”

Find out more about the study on aromatic turmerone’s role in protecting dopaminergic neurons.