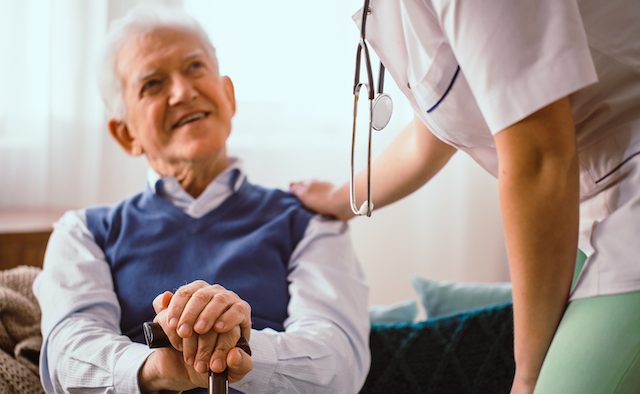 An innovative therapy using an infusion pump, created to treat late stage Parkinson’s disease, could be launched to European markets.

Designed to treat motor symptoms that cannot be treated by oral medication, the gel formula contains an infusion of Parkinson’s medications, and is delivered to the patient’s small intestine through a lightweight, wearable pump.

The therapy, which has been approved in Sweden, Denmark, Norway and Finland, was recently acquired by German pharmaceutical company STADA. The company already has a range of treatments for late stage Parkinson’s disease through its subsidiary Britannia Pharmaceuticals – but the team there hopes that it will be able to extend patient access to the device, and improve patient quality of life.

Dominic Graham, operations director at the Parkinson’s Europe, explained how the treatment could improve the lives of people living with the condition: “Very often people with Parkinson’s experience significant uncertainty because their condition can rapidly switch between being able to move and being immobile. Infusion pump treatments provide invaluable security, as well as an opportunity to plan and have control over daily life.”

“Parkinson’s disease patients and their clinical teams have an urgent need for next-generation therapies that can improve lives, such as by increasing therapy adherence or reducing side effects. Continuous improvement of the management of Parkinson’s disease, such as infusion pump therapies and deep brain stimulation, is important,” he said.

“The field is moving forwards in several areas; for example, exciting new approaches to try to modify the course of the disease. However, we have to keep improving the symptomatic treatments to give our patients the best possible quality of life, in spite of the degenerative nature of the disease.”

Find out more about the innovative Parkinson’s disease therapy here.