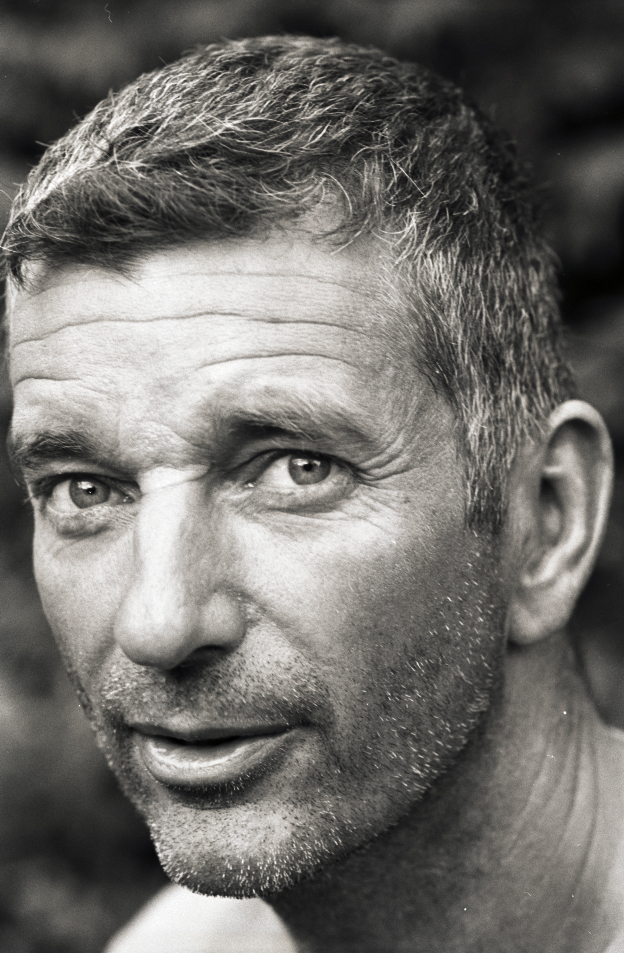 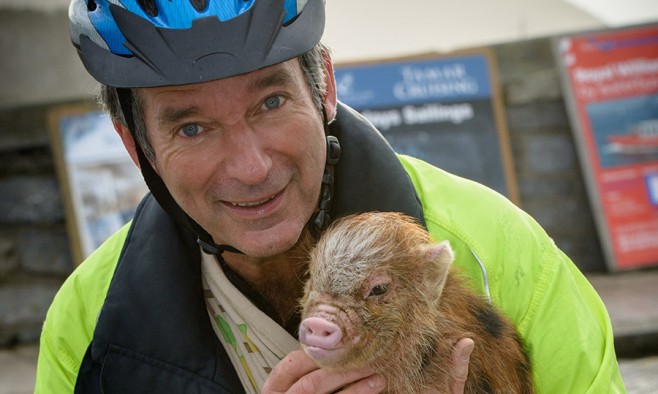 British comedian Tony Hawks is a long-time supporter of the Cure Parkinson’s Trust. He tells Parkinson’s Life about his work with the charity and the importance of laughter when you’re battling the disease

“When was Muhammad Ali first diagnosed with Parkinson’s?”

This was the fateful question that ended up derailing one of Tony Hawks’ early comedy quizzes, which he organises to help raise funds for the Cure Parkinson’s Trust.

Hawks is a long-time show business professional who is best known for touring the Republic of Ireland while transporting a small refrigerator for a bet. He has also played tennis with every member of the 1997 Moldovan international football squad, as part of another wager and written a hit pop song – a talented man then, but his knowledge on Parkinson’s failed him on this occasion. There was some debate within the room about the answer to the question, so Tony, casting around for somebody who looked knowledgeable, settled on a man who seemed very sure of his answer, 1984.

“Go on then,” says Tony. “What makes you so confident?”

“I was the doctor who diagnosed him,” came the swift reply.

Tony may have been temporarily lost for words then in his role as compere, but he recalls the story now with a fond chuckle. Hawks has been involved with the Cure Parkinson’s Trust (CPT) since 2002, when he joined the organisation’s founder, Tom Isaacs, who walked all 4,500 miles (7,200km) of the British coastline in a year. The charity raises money in order to pursue research into a cure for Parkinson’s disease.

Perhaps unusually for a celebrity ambassador, Tony had not been personally affected by Parkinson’s before getting involved. He helps, he says, because he was inspired by Isaacs’ resolve when faced with what for many is a world-shattering Parkinson’s diagnosis.

“Tom contacted me through my website and told me that he had contracted Parkinson’s in his twenties and that he was planning to walk around Britain to raise money and awareness. He asked if I’d meet him and do some of the walk with him.”

Isaacs had read Round Ireland With A Fridge, Tony’s bestselling account of his trip around Ireland and that gave him the idea for his own walk around the coastline of Britain. Hawks was happy to help.

“I was amazed that someone could receive such devastating news and then respond in such a positive way. I joined Tom in Liverpool for a leg of the walk and again in London when he finished. Since then I’ve been involved with the Cure Parkinson’s Trust on and off, helping to organise quiz nights and generally jollying things along at their events.”

“I’m always struck by the courage of people with this disease. The toughest aspect must be keeping going”

The quizzes are not just a chance for people with Parkinson’s to have a laugh and a joke, however, they have an important social aspect too.

“It’s important that PwPs get a chance to get to get together and to share stories, because they’ve got a long battle against this disease. I think humour is vitally important if you have any kind of disadvantage or challenge. People do tend to develop a kind of ‘gallows humour’ as a way of coping, sometimes the only way to get through a difficult time is by laughing at it.”

The events Hawks organises for the CPT are not your usual charity comedy nights, which Hawks says can be a difficult environment for performers. Instead he runs a quiz night, with one team made up of celebrities and comics.

“The guests also pitch in with the quizmaster role, taking it turns to pose their own questions to the audience. They also help with the auction, in fact last time we had [leading British comedians] Graham Norton and Alan Davies and they raised a fantastic amount of money in the auction.”

His work with the CPT has left an impression on Hawks, one of the reasons he has remained a supporter for more than a decade.

“I’m always struck by the courage of people with this disease. It’s a terrible experience to be surrounded by people who are all able to do the things that you could once too and to not be able to do the same. The toughest aspect must be keeping going. I have had to watch Tom [Isaacs] over the years as his situation deteriorates. It takes so much strength to keep going – I just hope people keep courageous.”

Tony’s next quiz for the Cure Parkinson’s Trust is on 22 April 2015 at The Royal College of Surgeons in London. You can find more information here. To find out more about Tony, his adventure around Ireland or his most recent book ‘Once Upon A Time In The West… Country’, please visit his website.