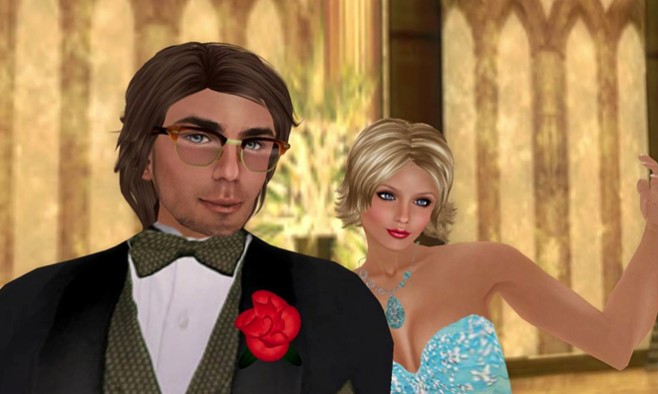 Imagine a world where Parkinson’s doesn’t hold you back – where your symptoms go away with the click of a mouse. That’s exactly what a growing number of people with Parkinson’s are doing every day when they log on to virtual reality games like ‘Second Life’. And, according to early studies, the benefits can have an impact in the real world, too

Nothing is quite what it seems in Second Life, a virtual 3D world where you are just as likely to cross the road, start a business or fall in love as in real, everyday life. Or, more significantly, where you are guaranteed to not have Parkinson’s. Welcome to the place where debilitating diseases cease to exist.

For people living with Parkinson’s disease Second Life – now 12 years old – is proving to be more than just fun and games, according to new research. Rather, it is providing an outlet for many who are disabled in the real world, to do the things they otherwise would be incapable of, but through their computer.

Is this the real life? Is this just fantasy?

Among the 1 million active users is ‘Fran’, an 88-year-old whose Parkinson’s makes it a struggle to get up from her computer on a bad day. Yet, when she’s sat at her machine, connected online and logged in to Second Life, Fran is free to do what she wants, as she pleases, liberated from any sort of movement disorder. Fran even claims that living in the virtual space has improved her mobility.

Next, we have an avatar called ‘Tom Bukowski’. Tom’s actual surname is Boellstorff, and his real purpose on the platform is to study the behaviour of users – by immersing himself in the virtual world – to better understand how people with disabilities such as Parkinson’s use online environments for social interaction and creative productivity.

Tom Boellstorff is, in fact, an anthropology professor at the University of California, Irvine (UCI) and author of ‘Coming of Age in Second Life’. From his studies he believes encounters in ‘virtual’ spaces can be just as significant in terms of individual experience and development as real-world interaction.

“To say Fran’s experience isn’t happening in the real world is false,” says Boellstorff. “Virtual worlds are online places of culture that impact life in the physical world. Online and offline can both be real.

“Many of Fran’s encounters in Second Life are very authentic and similar to what many persons with disabilities find when they gravitate toward virtual worlds for social interaction and creative outlets.”

Boellstorff is currently interviewing users – in real life as well as the virtual world – who, like Fran, have disabilities, as part of a newly funded US$276,900 National Science Foundation study that began in July 2015 and will run until June 2018. “In Second Life I’m a digital ethnographer,” he says. “You have to live inside the community that you’re studying.” 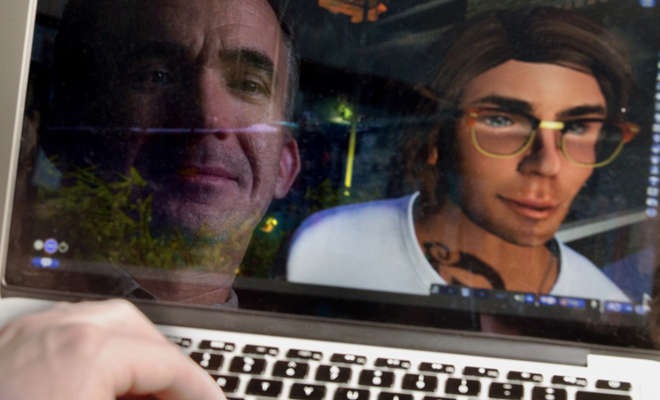 As an early user of Second Life, Boellstorff (aka ‘Bukowski’) started running into people with disabilities. ‘DB’, an architect who before being diagnosed with Parkinson’s disease in the early 2000s helped design the Los Angeles’ Walt Disney Concert Hall, is another example.

When Parkinson’s began to take over and make work in the real world impossible, DB turned to Second Life as a creative outlet, which allowed him to design structures that would otherwise be impossible and keep his passion for architecture alive.

‘Solas’, is a clothing designer whose Parkinson’s complications forced her out of the fashion industry. In Second Life, however, her designs evolved to new levels of creativity she never could have imagined in the physical world. She’s now a well-known fashion designer for avatars on the virtual platform.

The online community helped her overcome the isolation that persons with disabilities commonly experience and gave her a creative, productive outlet.

As Solas told Boellstorff: “I feel more comfortable in Second Life because people don’t see me shaking… I don’t have Parkinson’s in Second Life, and that makes me so happy.”

Boellstorff says this type of vicarious experience is common among many he has encountered with similar disabilities. Where people with disabilities have reported positive changes in their physical world after their time in a virtual space, he is keen to investigate further.

“Disability is a fascinating category of human experience because anyone can enter it at any moment – we’re all just a car accident away. And even if we avoid it, if we live long enough, age will present us with obstacles that limit our ability to function as we currently do,” he says. “Studying how people adapt through the use of technology helps advance the public conversation on disability and digital technology.”

People with Parkinson’s like Fran, DB and Solas who are using Second Life may be blurring the lines between the real and virtual worlds. What’s clear, however, is that this ‘escape’ to an alternative reality is having a positive effect on the way they experience their condition.

Are you a user of Second Life or similar virtual platforms? Let us know how it affects you and your condition

New research suggests steroid may lead to next breakthrough

On diagnosis, identity and learning to say ‘me first’