I closed my eyes and imagined how painting used to be, how it used to feel to hold a brush and to be in control

Painting a picture of life with Parkinson’s 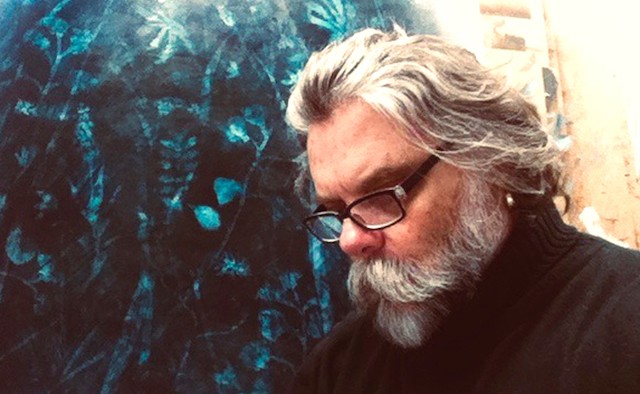 After acclaimed Australian artist Timothy John (pictured above) was diagnosed with Parkinson’s in 2012, his brushes lay untouched for a whole year until he felt the urge to paint again. Now back in the studio, Timothy introduces us to two of his major works which depict vastly different stages in his Parkinson’s journey – and reflects on how the condition has affected his art

Timothy John is an acclaimed contemporary artist from Australia who has produced work for the likes of US musician and producer Quincy Jones. He also has Parkinson’s.

Seven months after we first spoke to Timothy about the impact of his diagnosis on his work, we caught up with the artist to talk through two of his pieces that most reflect his Parkinson’s journey.

The first, ‘Irises’, marks the joyous moment Timothy managed to paint for the first time a year after diagnosis, while the second, ‘Good Day, Bad Day’ is a visual realisation of the unpredictable nature of Parkinson’s.

Here are his reflections on his paintings. 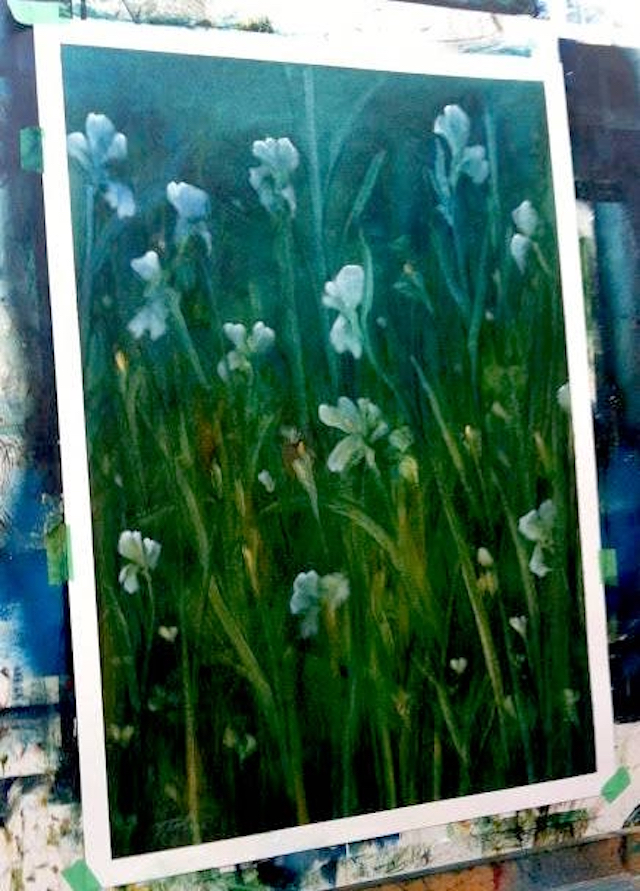 ‘Irises’ was the first painting I attempted after I was diagnosed with Parkinson’s in 2012.

I wanted to paint how I felt before I was burdened by the limitations of my condition. So, I stood in front of the blank paper and just ‘felt it’. I closed my eyes and imagined how painting used to be, how it used to feel to hold a brush and to be in control.

The first layer was painted in colours that corresponded to how I felt in that moment. Blues and greens equalled calmness and inspiration. I couldn’t hold a brush, so I used a cloth soaked in a paint thinner to create the shapes of the irises. By the end I was exhausted and shaking – but completely happy.

After two days, I came back and tentatively picked up a brush, dipped it into white paint and slowly highlighted the iris flowers with a ‘scumbling’ technique (which involves using a dry brush with minimal paint). I was controlling a brush for the first time in what seemed like forever and I remember having tears in my eyes. It was a slow process, but I got there eventually.

I called out to my partner Lorraine, who has always been my muse and my best critic, and asked her to tell me honestly what she thought.

She looked at the work on the easel, threw her arms around me and said, “It is absolutely beautiful”. I was so happy, the tears rolled freely in the quiet of my studio. 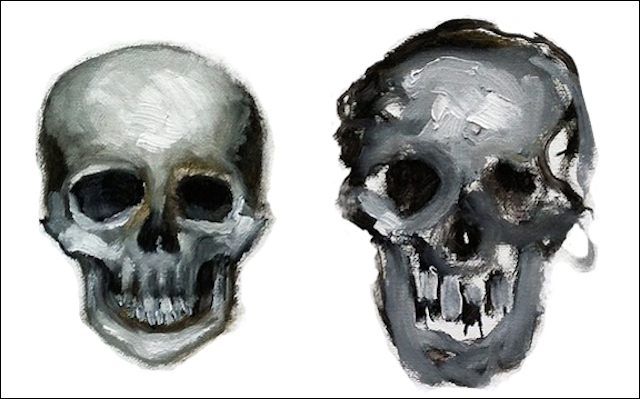 These two skulls side by side show the difference between a good day and a bad day when you have Parkinson’s. It is a visual representation of how the condition has eroded my ability to connect my creative self with my physical self.

I decided to do this study of a skull on a day I was feeling physically and mentally good enough to paint. That particular period of feeling good only lasted about three days before I slumped and experienced tremors. I felt very disorientated, but I tried my best to continue the painting of the skull, while in the throes of a bad day.

During these moments I seem to lose all understanding of what I am doing, I even have confusion of what colours ‘mean’ and how to hold a brush properly. It is as if all memory of how to create leaves me, which is not a great feeling when your whole life has been dedicated to a creative pursuit.

The ‘Good Day, Bad Day’ experiment was interesting, but also stressful. Up until this moment, the only work I had shared with the world were pieces I was happy with – pieces I had created on good days. I think it was a shock for people to see that the same mind, the same hand and the same heart could create such vastly different images.

The one good thing that came out of it was that it got a positive reaction, and it educated people on how much Parkinson’s can tear the very fabric of a person.

I closed my eyes and imagined how painting used to be, how it used to feel to hold a brush and to be in control