Join hundreds of other organisations and #UniteForParkinsons this World Parkinson’s Day, 11 April! Make sure you share and tweet the hashtag to make it go viral on social media and help raise awareness. We are proud to be the official media partner for the campaign. 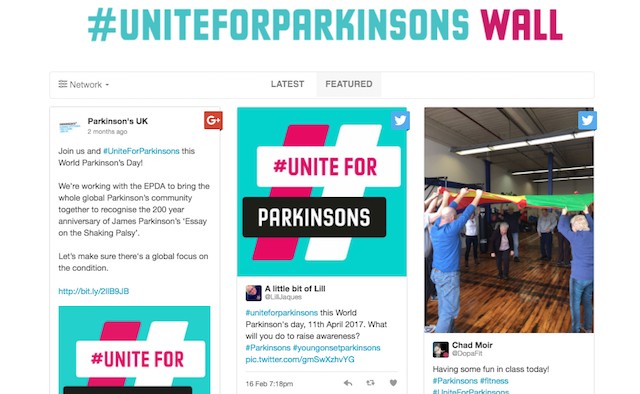 With less than one week until World Parkinson’s Day on 11 April, the #UniteForParkinsons campaign has been endorsed in European Parliament, as well as receiving support from people in 170 different countries

So far thousands of Parkinson’s campaigners from 170 countries have visited the World Parkinson’s Day website, with many more getting involved on social media.

Last week the campaign reached new heights when it was endorsed by lawmakers and MEPs in the European Parliament in Brussels, Belgium.

Professor Bastiaan Bloem, medical director of Parkinson Center Nijmegen in the Netherlands and co-founder of ParkinsonNet, Marian Harkin, Irish MEP and chair of the European Parliament’s Interest Group on Mental Health, Well-being and Brain Disorders and Paula Gilmore, CEO of Parkinson’s Association of Ireland endorse the #UniteForParkinsons campaign at the My PD Journey. Their banner encourages everyone to get involved: “It’d been 200 years! Everyone needs to #UniteForParkinsons LET’S DO IT THIS 11 APRIL.” 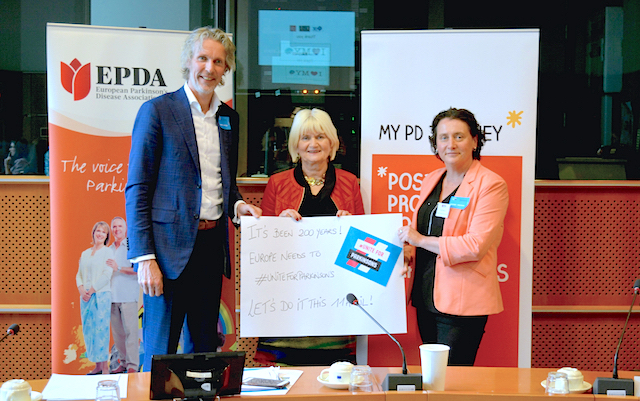 Parkinson’s charities across the globe have been tweeting pictures of their activities, which are showcased on the dedicated #UniteForParkinsons online ‘wall’. 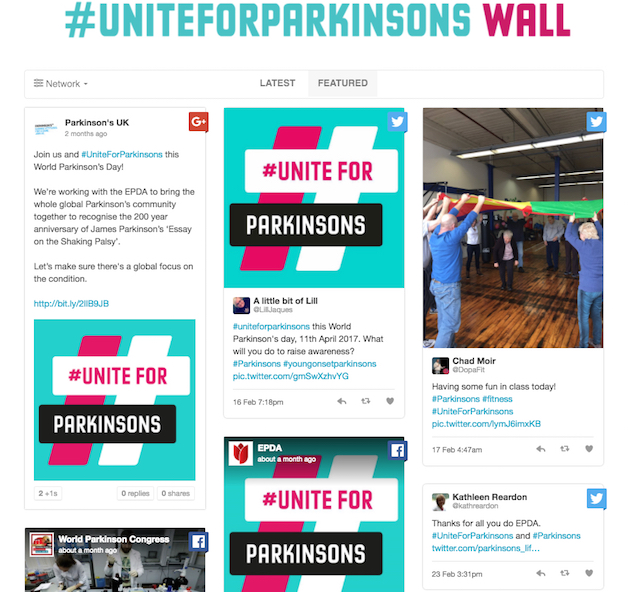 The world’s largest Unity Walk takes place in New York’s Central Park later this month, and the organisation has urged people to get involved in the campaign.

In the UK, Parkinson’s Awareness Week runs from 10–18 April. Our friends at Parkinson’s UK have tweeted to spread the word.

1 week to go until Parkinson's Awareness Week! Only with your support can we develop better treatments, faster. https://t.co/HYk2LoWMOs pic.twitter.com/UMD785Wm95

Professor Bastiaan Bloem, co-founder of the innovative ParkinsonNet healthcare initiative, made the short video below for Parkinson’s Europe explaining why everyone should #UniteForParkinsons.

Francesco de Renzis, website and campaigns officer at the Parkinson’s Europe, made a video pledging to get involved in his native Italian to show the global reach of the campaign.

Our regular guest blogger Tonya Walker wrote a heartfelt post: ‘My husband and I #UniteForParkinsons because he’s my rock’ – and told s us why her life is “Parkinson’s perfect”. 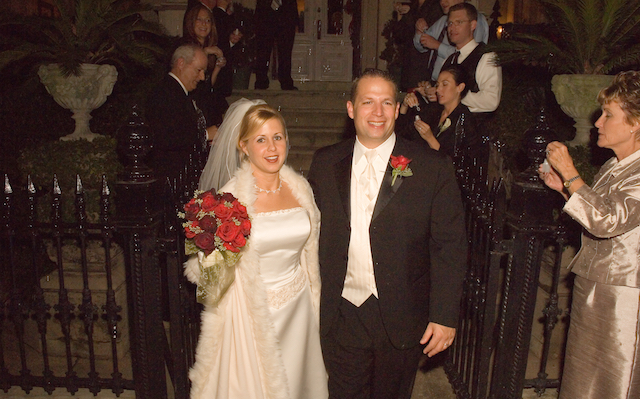 Wherever you are in the world, make sure you visit Parkinson’s Life twitter page on World Parkinson’s Day, 11 April for all the #UniteForParkisons updates as they happen.

Parkinson’s UK and the Parkinson’s Europe are running the #UniteForParkinsons campaign to coincide with World Parkinson’s Day on 11 April. Get involved by using the hashtag on social media and visit the website here

Join hundreds of other organisations and #UniteForParkinsons this World Parkinson’s Day, 11 April! Make sure you share and tweet the hashtag to make it go viral on social media and help raise awareness. We are proud to be the official media partner for the campaign.