Escalator ‘freeze’ video: do people help or just push past? 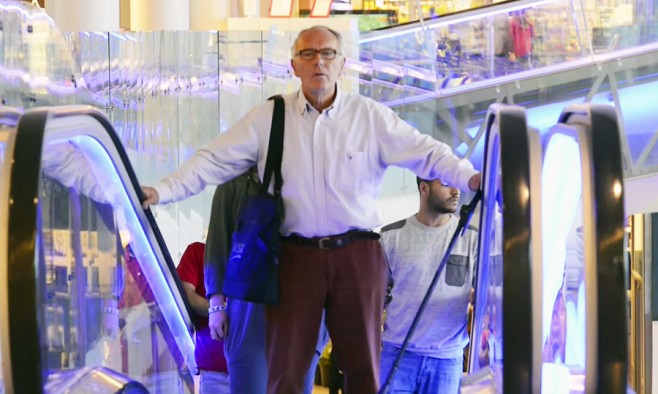 Find out what happened when a man with Parkinson’s struggles up an escalator. A hidden camera filmed the public’s reaction

The Norwegia Parkinson’s disease association, Norges Parkinsonforbund, conducted three social experiments and uploaded the footage to YouTube where they have amassed almost 20,000 views.

The videos show how challenging everyday life can be for people with Parkinson’s.

In the first video, a man is shown to be struggling to get off at the top of an escalator. He appears to suddenly experience a common symptom known as ‘freezing’, blocking the path of those behind him.

See for yourself how the public reacted:

In Norway alone, 8,000 people are living with Parkinson’s. The videos were well received in Norway, and were even covered by the Norwegian Broadcasting Corporation.

The second episode shows how difficult something like pulling a pint can be, and the public’s reaction:

The third video shows the difficulty of getting into a car, something many of us take for granted:

“We know so much about Parkinson’s, but so little about people with Parkinson’s”

The book shining a new light on Parkinson’s research