If you don't get information or support, you could fall off the curve much earlier than you need to 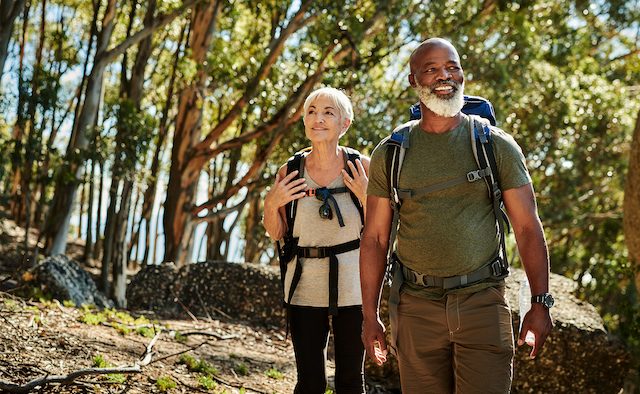 Colin Cheesman was diagnosed with Parkinson’s disease two decades ago but lived an “absolutely normal, active life” until about two years ago.

It was only then that the former solicitor noticed his symptoms began to change. “My gait has gotten worse,” he says. “Now I normally walk with a stick or two. I find the balance is gone, and I’m falling off my bicycle.” He also has difficulties with bladder control, and longstanding issues with sciatica – pain that radiates from the lower back to the toes – which are amplified by his condition.

For Colin, who spent nine years on the board of the charity Parkinson’s UK and is a governor at a specialist neurosciences hospital in Liverpool, UK, it has been an adjustment. “It wasn’t easy,” he says. But he is grateful that until now, the progression of his Parkinson’s has been “fairly slow”.

Asked for his thoughts on living with ‘advanced’ Parkinson’s, he encourages other people with the condition to understand and invest “pre-emptively” in the treatments that best support their needs – from speech therapy to exercise – before reaching the later stages of the condition. “Use the time that you’ve got,” he says, to become aware of “the direction that the progression might take”.

“It’s about understanding what the problems are likely to be – I think you can sense the things that aren’t quite right. You don’t suddenly wake up one morning and feel twice as bad as you did yesterday.

“I believe there’s a lot to be said for mind over matter. If you can get on top of the psychology of it, you might have a better outcome.” 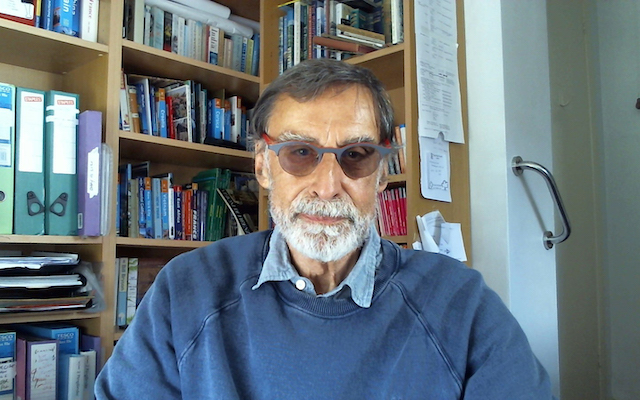 He adds that communicating any concerns with those who can help is important. “You need to have your position regularly reviewed,” says Colin. “I see my neurologist frequently, and he’s able to adjust the medication in order to fine tune it. So, if I say to him, ‘I’m having trouble with X or Y’, he says, ‘We’ll do something about that. We’ll adjust your dosage’.”

Colin outlines three phases of his experience living with Parkinson’s disease: diagnosis, and the implications that come with it; maintenance, which involves developing “the skills and the capacity that you need in the long run” and, ultimately, dependency. It is in this final stage that support becomes essential.

“You need to try and organise your care and support for a period of dependency,” he says. “You’re trying to keep your capacity to operate at a high level for as long as possible. If you’re not diagnosed early, if people aren’t sympathetic, if you don’t get information or support – well, you could fall off the curve much earlier than you need to.”

“It’s not a death sentence – it’s just a challenge”

Emma, who is based in the UK and does not want to give her real name, shares a similar mindset about Parkinson’s disease. Diagnosed with the condition nine years ago when she was in her 40s, she has since “managed pretty well” – but says that “this is a condition you have to learn to live with”.

“It’s unusual to have early-onset Parkinson’s,” she says. “It’s like a yoyo. I can be brilliant and play basketball with my teenage son, and an hour later I can be huddled up in my bedroom. Some days are better, some hours are better.”

Emma explains that when she first noticed that her symptoms were changing, she felt concerned – and reached out to the Parkinson’s UK helpline several times. “I remember at one stage being really concerned that I had reached my limit,” she says. “You do get worried. You think about your kids, your family, and you want to be part of it.” 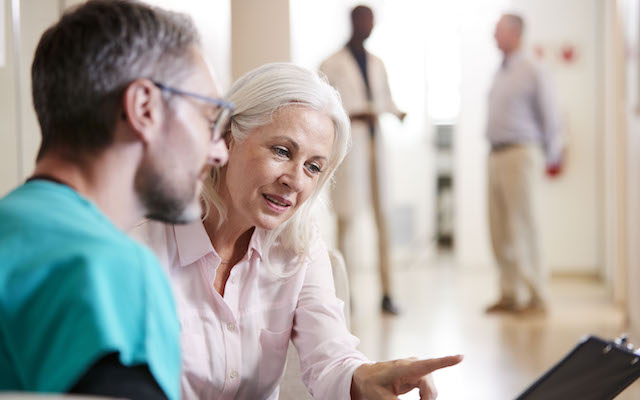 As the condition progresses, she says, “I have more frequent ‘off’ periods when I just feel rotten, and sometimes I can’t do what I want to do.” She says she has moments where she feels like she’ll “never get better, and my medication is never going to kick in”.

Living well with advancing Parkinson’s disease, says Emma, requires “more planning ahead” – “making sure that if I have a bad day, I can take time off, or I have a quiet room where I can get myself sorted out”.

“It can be emotional,” says Emma. “The time that you feel really okay has to be managed, because it gets to be less and less. You feel that everything is very dreary, and you get quite a hopeless feeling. But once your medications kick in again, you feel better, and you remember there are plenty of medications on the market.”

Emma also emphasises the importance of continuing to stay in tune with symptoms – and adapting as needed, with support and insights from those in a position to help.

“One doctor told me to ‘listen to your body’,” she says. “You have to learn to do that. I’m an intelligent lady – I’m not just going to do what doctors tell me. I want to understand why.”

“It’s not a death sentence,” she says. “It’s just a challenge. It’s not important what I’ve got – I just get on with my day.”

*Adverse events should be reported. Reporting forms and information can be found at https:\\yellowcard.mhra.gov.uk/ or search for MHRA Yellow Card in the Google Play or Apple App Store.

What are the challenges of ‘advanced’ Parkinson’s disease?

The main goal in this stage of the condition is to reduce the duration of the ‘off’ periods – which include moments when medication is not improving symptoms, or patients present troublesome involuntary movements called dyskinesia. Non-motor problems like pain, fatigue, depression, sleep disorders and urinary disturbances are also frequent in people with ‘advanced’ Parkinson’s and are important contributors to disability and lower quality of life.

Why is it important for people to seek support about changes to their symptoms?

Parkinson’s disease is mysterious. There are still many aspects for which we don’t have answers. Symptoms may be unpredictable and difficult to understand by those close to the patients. This makes the management of Parkinson’s even more difficult and raises the importance of education as a key aspect in the global treatment of the disease.

How can people stay informed about their condition as it progresses?

It is extremely important to differentiate good information from information that is not accurate. A very simple recommendation is to favour the information shared by well-known associations, as well as neurological and scientific societies. There are also questions that should be mandatory in each doctor consultation. These should cover the effect of medication during the day, the best and worst periods, sleep, pain, fatigue, mood and so on.

What would you say to people who are new to living with ‘advanced’ Parkinson’s?

I would, most of all, like to remind people in Parkinson’s community that Parkinson’s is a treatable disease. Although we don’t have a cure, we have a large number of drugs, surgeries and other interventions that can improve symptoms of patients – and help to improve their functionality and quality of life. Likewise, it is very important that patients have access to health professionals with whom they are able to establish communication and trust – which will allow them to share information and receive advice regarding the best way to deal with the changes caused by the condition.

This article is sponsored by Britannia Pharmaceuticals. All interviewees have received a donation for their time. The information in this article is given for information purposes only and does not represent an endorsement by the European Parkinson’s Disease Association of any particular treatments, products or companies. This article is not a substitute for advice from your doctor, pharmacist or other healthcare professional. Parkinson’s Life makes no representations or warranties of any kind, express or implied, about the completeness or accuracy of information provided.

If you don't get information or support, you could fall off the curve much earlier than you need to

The new campaign uncovering the hidden aspects of Parkinson’s disease

Webinar panellists share their thoughts on a difficult topic