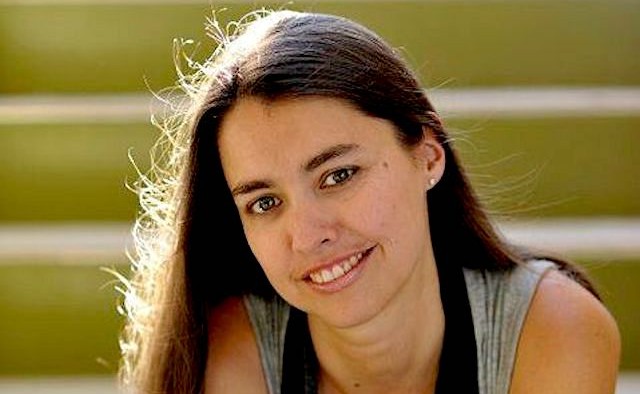 We hear from US-based Parkinson’s advocate Jennifer Parkinson about the unique challenges faced by the young-onset community, how boxing has changed her life – and why now is the time to focus on women’s experiences of Parkinson’s

Despite being a registered nurse, I knew very little about Parkinson’s. I envisioned someone much older with a stooped posture, shuffling feet and using a walker.

At the age of 30, when I was caring for my six-week old and three-year old children, I noticed a tremor in my right hand. I even had to sit on my hand to keep it from shaking at my six-week postpartum appointment. I experienced other symptoms over the next two years, including trouble writing and difficulty walking. My patients would ask me if it was my first day on the job, mistaking the shaking for nerves.

I was finally diagnosed in 2005 at 32. The neurologist told me I would be in a wheelchair within 10 years and unable to care for myself or my children. I told him I was going to prove him wrong.

How has Parkinson’s affected your family life and work life?

I had to leave my career as a nurse and become a single mother. Keeping up with my very young children was challenging. The fatigue, tremors and muscle rigidity made doing simple tasks more difficult. Cooking a meal, doing laundry and cleaning the house were overwhelming.

About four years after my diagnosis, my symptoms became worse and I began experiencing ‘off’ periods, or the re-emergence of Parkinson’s symptoms, two to three times a day. My most bothersome ‘off’ periods are ‘freezing episodes’, where my body tenses up and I cannot move at all. I began boxing with a trainer, and I was able to move better and had more energy.

The most important things in my life are my partner Pablo and my two children – and exercise allows me to spend more time with them. After I started boxing, I remember the first time I was able to play soccer in the park with my son for three hours – something I had never been able to do before. Boxing changed my way of life and gave my kids their mum back.

Recently, I returned to studying to pursue a master’s in nursing education. One of the most critical issues in Parkinson’s and other neurological disorders is education and training for professionals. I am working to improve that on every level. 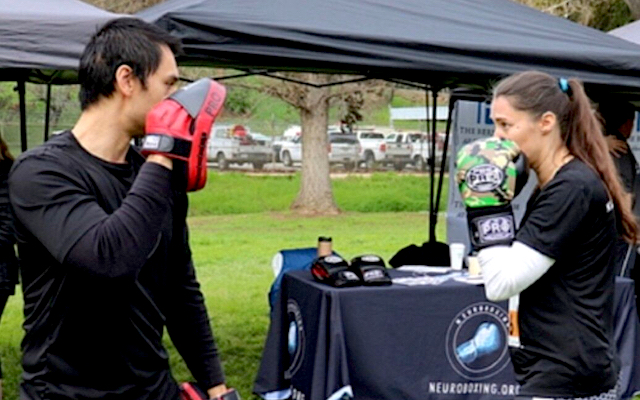 Why did you decide to launch Neuroboxing?

I decided to create a non-profit organisation, Neuroboxing, in 2016 with my business partner Josh Ripley. We wanted to better support those with Parkinson’s and their families by providing a wellness-centred approach to neurological conditions, as well as a community of support and resources.

In boxing, the body is moving in all three planes of motion. We emphasise trunk rotation, foot movement and improving balance. Muscular endurance, core work and functional training are essential to daily life with Parkinson’s. These activities contribute to better movement and improve tasks such as walking, turning, sitting and standing, rolling over and getting out of bed.

For many with young-onset Parkinson’s, this disease can be isolating, but having a community of coaches, volunteers, and others going through the same thing helps. No one should have to fight this alone.

Our participants range from early diagnosed to those who have had Parkinson’s for many years. After participating in Neuroboxing, some people have been able to put their walkers aside. It is wonderful to see someone who has previously required a great deal of assistance to walk, come through our door without any assistance.

How did you get involved with the Michael J Fox Foundation?

I have been involved with the Michael J Fox Foundation (MJFF) for the last 14 years as an ambassador.

The MJFF website was actually one of the first resources I turned to when I was looking for answers and Michael J Fox was the only person with Parkinson’s I could relate to at that time.

It was lonely dealing with this diagnosis as I didn’t know anyone else my age with Parkinson’s. I also knew that Michael J Fox had set his sights on finding a cure and I wanted to be part of that. His optimism was contagious and gave me hope that I could live the best life possible. 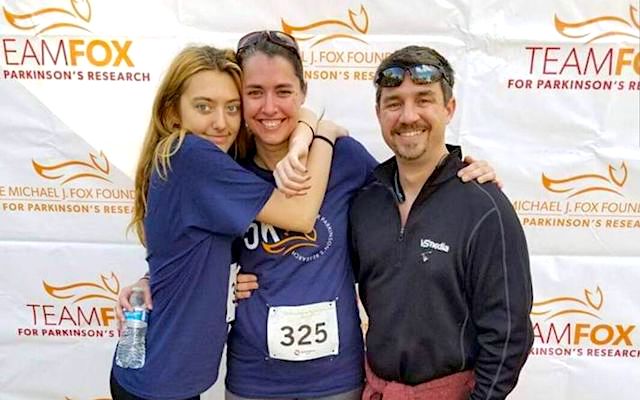 Jennifer Parkinson (centre) is an ambassador for the Michael J Fox Foundation.

You were recently involved in ‘Framing OFF Through Art’, a creative initiative by Acorda Therapeutics. How do you think art can help people deal with Parkinson’s?

The MJFF reached out to me about this unique opportunity to raise awareness about ‘off’ periods in Parkinson’s through the ‘Framing OFF Through Art’ initiative. As someone who has struggled extensively with freezing episodes, I was eager to participate. The powerful image – created by artist Anita Kunz – illustrates the struggle I feel when I’m stuck in a place and I cannot move. It starts a conversation that is vital if we are to begin understanding the symptoms and how they can be better managed.

What do you think needs to be done to raise awareness about young-onset Parkinson’s?

There definitely needs to be more awareness for young-onset Parkinson’s in addition to better support and resources. Young people with Parkinson’s face a unique set of challenges like early loss of their career, financial struggles, marriage and relationship issues and raising young children.

There’s a stigma that if you don’t “look sick” then there is nothing wrong. But the non-motor symptoms and ‘off’ periods people with young-onset Parkinson’s may experience can be just as disabling and disruptive to daily life. 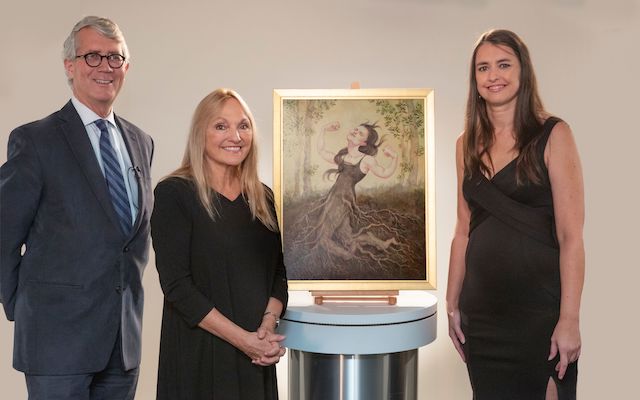 Jennifer (right) took part in ‘Framing OFF Through Art’, an initiative that raises awareness about ‘off’ periods in Parkinson’s.

Are there any changes you’d like to see in Parkinson’s community in the future?

A focus on women’s issues in Parkinson’s. We are just beginning to see an emphasis on women with Parkinson’s – and it has been needed for such a long time.

In 2015, I was honoured to be chosen as one of the 25 women to be part of Parkinson Foundation’s Women and Parkinson’s initiative, and I spoke recently about women in Parkinson’s for the Davis Phinney Foundation.

Additionally, I started a Facebook group called StrongHer: Women Fighting Parkinson’s. The group has over 1,100 women worldwide and I’ve learned so much from them. It’s given women with Parkinson’s, who feel very isolated, a community of support.

For more information on Parkinson’s in women please visit the Parkinson’s Europe website.