The longer I have this condition and the worse my symptoms get, the more determined and positive I become 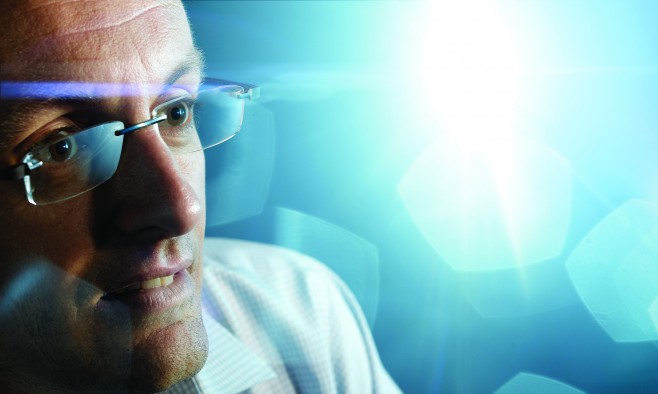 After the initial shock of diagnosis, it is possible to win the psychological battle against Parkinson’s. Tom Isaacs (pictured above), person with Parkinson’s and co-founder of Parkinson’s Movement, describes his own journey for Parkinson’s Life: from diagnosis, introspection and denial, all the way to the fulfilment of advocacy and beyond

For me, Parkinson’s has been a strange journey that has generated some major highs and some quite extraordinary lows. Oddly, most of the lows were in my early years with the condition, even though this was a time when my symptoms were at their least incapacitating and did not really impact heavily on my lifestyle.

A few years ago, I considered the reasons for this and also reflected on what other people had told me about their experiences and how Parkinson’s had affected their mindset. Armed with these insights, I created the ‘journey’ portrayed in this article, which I believe demonstrates a positive but reasonably common pathway for those of us who live with this condition. See what you think.

The pyramid shows the starting point as being the diagnosis, although of course many of the symptoms will have been apparent before this. I think, however, that diagnosis is when the psychological journey starts because there is a name for your condition and you have some concept of what you have in store.

This stage is, I believe, one that everyone experiences. In fact, I would say many people with Parkinson’s do not actually get beyond this stage. The ‘shock, anger, denial’ – or SAD – phase is one in which we are introspective. We build protective barriers around ourselves and nurse the wounds, not so much of the physical effects of the condition, but more the mental effects. At this stage, the condition is all about us, and to a certain extent we are selfish – no one else understands what we are going through. We live in the tragedy or our perceived future.

This is the key moment in the transition from misery to rebuilding a new life. Slowly but surely, you begin to tell people close to you how you feel. You begin to realise, perhaps subconsciously, that the only reason people don’t understand what you are going through is because you have not communicated it to them. You start to understand that communication is quite a good therapy – a problem shared is a problem halved. Furthermore, you realise that people close to you and even those who are not so close are prepared to listen and be empathetic without in any way pitying you or treating you differently to the way they did before. In fact it is the very act of communicating with friends and family that ensures that they do treat you the same.

Gradually you start to face the future, learning a little more about Parkinson’s. You speak in more constructive terms with your consultant and, little by little, become more accustomed to the idea that you have a long-term degenerative neurological condition.

Another key moment – you begin to accept Parkinson’s as being part of who you are. You are no longer the person you once were and you accept that your life has changed irretrievably. You start to alter your ambitions for the future and tailor them so that they take your Parkinson’s into account. You are adapting to the new you and beginning to concentrate on the positives of this. You are now more concerned with the things you can still do rather than things that Parkinson’s has interfered with.

“The longer I have this condition and the worse my symptoms get, the more determined and positive I become”

This is the stage in which Parkinson’s becomes a wider issue than simply you as an individual. You start talking to other people, comparing stories, listening to their experiences. You begin to look beyond your own personal fate and realise that your experiences might actually help others.

Participation is the stage when you might join a group or take an interest in a particular aspect of the condition, such as looking into the prospect of new treatments in the pipeline, or contributing to a Parkinson’s group or forum. You realise that by contributing constructively to Parkinson’s community, you are not only helping other people but also helping yourself to feel better about being you.

Now you’re really moving! You are becoming known as a force in Parkinson’s community. People are readily listening to what you have to say and are equally grateful for your input. You are becoming increasingly busy and active in the business of Parkinson’s and this gives you quite a feeling of excitement.

You and your colleagues are part of a group that is making a difference in the world of Parkinson’s. Your insight, passion, urgency, focus, fundraising, empathy and participation are having a direct influence on the future treatment and care of people with Parkinson’s. This is why Parkinson’s Movement was formed.

This is what Parkinson’s Movement hopes to achieve.

So this is my perception of Parkinson’s journey. Strangely, the longer I have this condition and the worse my symptoms get, the more determined and positive I become. I accept this is not the same for everyone – Parkinson’s manifests itself differently in all of us.

My particular brand of Parkinson’s is defined by very visible symptoms that are balanced perfectly by a strong and cheerful attitude that many would describe as ‘blind optimism’. Blind optimism or not, I am still here and thriving!

The longer I have this condition and the worse my symptoms get, the more determined and positive I become