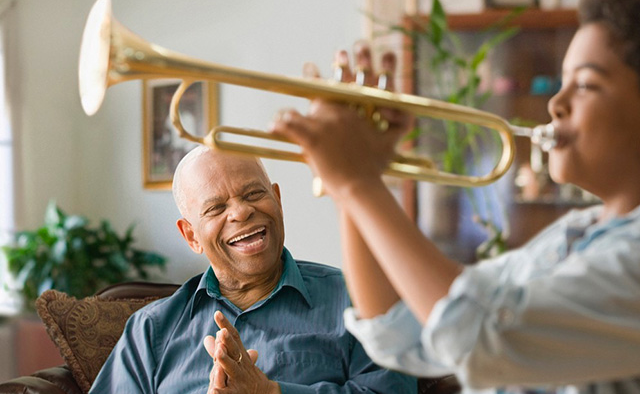 With no treatments currently available to slow down the progression of Parkinson’s, the launch of the Orchestra Study to evaluate an investigational compound may open doors for future Parkinson’s drugs

Calling for research participants: a new study sponsored by global biopharmaceutical company UCB is recruiting volunteers for a research trial exploring a new drug for people with early-stage Parkinson’s.

Previous research has indicated that the compound – known as UCB0599 – may help to slow the progression of Parkinson’s. Now, the Orchestra Study aims to investigate its effectiveness and safety for people with the condition.

“We welcome and encourage potentially disease-modifying therapies,” says Russell Patten, director general of Parkinson’s Europe, “and getting involved in clinical trials is a fundamental way to help research move forward.”

The Orchestra Study is currently enrolling participants across North America and Europe – with target countries including France, Poland, Spain, Canada, the UK and the US, among others.

As part of the study, researchers will analyse data from around 300 participants between the ages of 40 and 75 who experience mild Parkinson’s symptoms. Eligible volunteers have been diagnosed within the last two years, have not taken medication to treat their condition and experience minor slowness of movement, muscle stiffness or tremor.

Throughout the study, a group of participants will be given UCB0599 and monitored against a control group, who will receive a placebo. Participants will undergo an MRI scan, as well as a specific type of brain scan that examines cells in the brain related to the function of dopamine.

The researchers will also examine participants’ cerebrospinal fluid (fluid in the brain and spine) to identify abnormal protein clumps indicating the progression of Parkinson’s. Additionally, participants will be encouraged to wear a study watch to help track symptoms and functions relevant to the condition, such as pulse rate. Data gathered over 21 months will be monitored by an independent group of experts for participants’ safety.

As Patten notes, “While current available treatments may be effective in containing symptoms, no medicine at present can slow down the progression of the condition.”

Through the Orchestra Study, researchers look toward the possibility of changing that.

Find out more about the Orchestra Study and how to take part.