Promise lies on the horizon for people with Parkinson's and their loved ones as scientific breakthroughs accelerate forward. 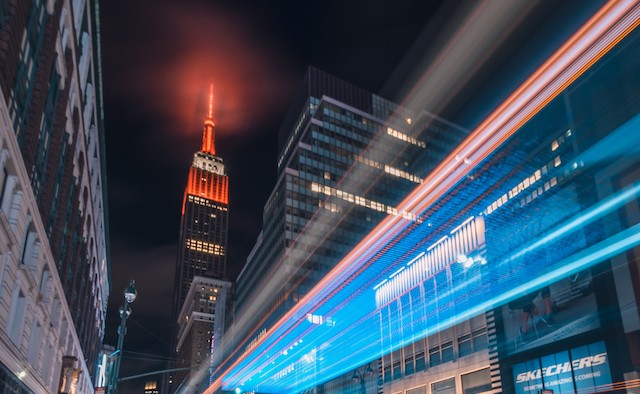 From New York, US to Zagreb, Croatia and everywhere in between, the world came together last week to mark World Parkinson’s Day. We look at the events that took place across the globe

The 11 April marked World Parkinson’s Day – a global event aimed at raising awareness and educating the world about Parkinson’s.

Held on the birthday of Dr James Parkinson, the English surgeon who established Parkinson’s as a recognised medical condition, campaigners from around the world united to fight back against the disease that currently affects 10 million people worldwide.

From Dublin, Ireland, to Zagreb, Croatia, we look at how campaigners came together to mark the occasion.

In New York, US, one of the world’s most iconic buildings joined the fight against Parkinson’s as the Empire State Building was illuminated by orange and white lights.

The lighting, organised by the Michael J Fox Foundation, lit up the famous New York skyline – and highlighted the urgent need for the world to sit up and take notice of the condition.

Veronique Enos Kaefer, vice president of the community engagement team at MJFF, said: “The orange glow from the Empire State Building is representative of the Foundation’s commitment to supporting Parkinson’s community and we hope it is a reminder that a cure is closer than ever before.”

“Promise lies on the horizon for people with Parkinson’s and their loved ones as scientific breakthroughs accelerate forward.”

Tonight at 8 p.m. ET, the Empire State Building in NYC will illuminate orange and white in honor of World #Parkinsons Day. The lighting demonstrates the urgent need for a #cure and our ongoing commitment to find one. Join us to end Parkinson's this April: https://t.co/BfHqXPLLMo pic.twitter.com/wbChs7nWJl

In a touching mark of solidarity, landmarks across Scotland lit up in blue to recognise World Parkinson’s Day.

The three-day awareness campaign, which was organised by Parkinson’s UK, saw churches, bridges and universities change colour to help develop the public’s understanding of the condition.

In the of town Kirkcudbright, projections of Billy Connolly’s artwork were shone onto buildings throughout the town to mark the occasion. The Glaswegian comedian was diagnosed with Parkinson’s in 2013.

Today is World Parkinson's Day so tonight #TheKelpies will glow blue into the night in support of over 12k people in Scotland who have Parkinson's. The condition is still often misunderstood. Click on https://t.co/e0Du7ZvCsr to find out more or click thishttps://t.co/otlyryZssF pic.twitter.com/J7K7UwCeZx

Dancing in the streets of Zagreb

As part of the ‘Get to know your Parkinson’s’ campaign, advocates in Zagreb, Croatia, met in Zagreb Flower Square for a morning of ping-pong, dance and scripture workshops.

Parkinson I mi, the association that organised the day, also announced a new research project that will genetically analyse progressive neurodegenerative diseases in Croatia.

The project, which will collaborate with the University of Rijeka, hopes to lead to a breakthrough in medication for those living with Parkinson’s.

Parkinson’s Association of Ireland used the day to take direct action and draw attention to the lack of services that are currently available for people with Parkinson’s.

A large group of campaigners picketed outside the Irish Parliament, or the Orieachtas, in Dublin, and were joined by the leader of the Irish Labour Party Brendan Howlin.

Over in Portugal, the Assoçiãcao Portuguesa de Doentes de Parkinson created a video for World Parkinson’s Day – highlighting the difficulties experienced by people living with the condition.

#UNITE for Parkinson’s around the world

Promise lies on the horizon for people with Parkinson's and their loved ones as scientific breakthroughs accelerate forward.