Of course, there is a social and emotional benefit as well. We often call ourselves a “family,” because of the immense amount of support we give each other.

The choir improving Parkinson’s symptoms one note at a time 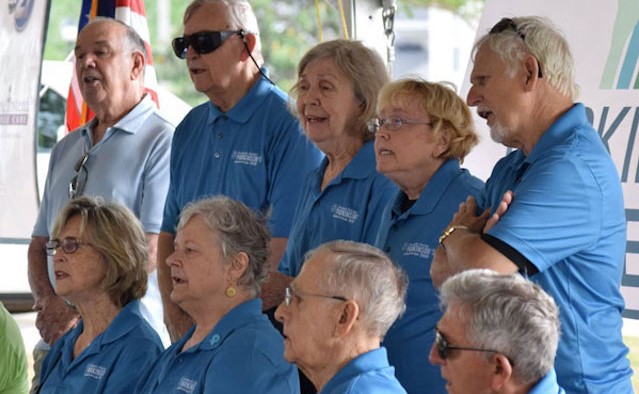 Ahead of the Easter weekend, we speak to Michelle Pellito, the choir director at Parkinson’s Outreach Association in Florida, US.

Michelle discusses how singing can improve Parkinson’s symptoms, why the group are like a family – and gives us a taster of one of their most popular songs

What is Parkinson’s Outreach Association?

Parkinson’s Outreach Association is a non-profit support group in Tallahassee, Florida, US, that serves people living with Parkinson’s disease. We provide activities, resources, and support for individuals diagnosed with the condition, as well as their caregivers, families, and friends. We also have a focus on raising awareness and educating others about the disease.

How was it founded and why?

Our organisation had an interesting beginning. Years before it ever existed, there was a small group of people with Parkinson’s that met under the direction of a music therapist. They called themselves the North Florida Parkinson’s Awareness Choir and used singing to address symptoms of Parkinson’s disease that affect the voice.

They realised that this was one of the only Parkinson’s disease support groups in the area, and that there was a serious lack of resources for people with the condition. A few of the members joined together in 2005 to start (what is now called) Parkinson’s Outreach Association.

Do you have a personal connection to Parkinson’s disease?

I don’t have a personal to connection to the condition. I started working as a student volunteer with the organisation and I can honestly say the group has become like a family to me.

I now volunteer on the board of directors as a secretary because I want to dedicate as much time as I possibly can to these wonderful people.

We meet at least one hour every week to rehearse. We enjoy singing for others, so go on a local tour every three months to perform at nursing homes, assisted living facilities and community events. 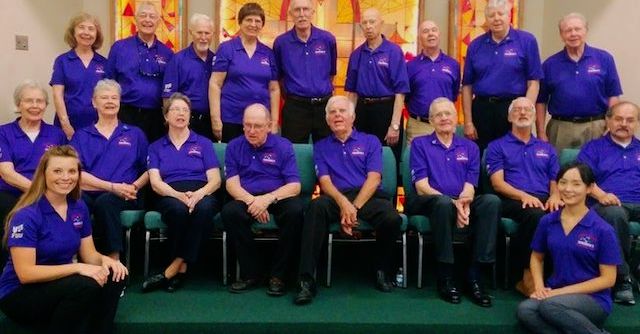 How many people are members of Parkinson’s choir?

Approximately 12, although the number is always changing as we welcome new friends – and sometimes our members will not feel well enough to attend.

What are the benefits of singing for people with Parkinson’s?

People with Parkinson’s disease often experience changes in their voice. They may speak softly or slowly, words may be mumbled or slurred, voice quality may be breathy or hoarse, and they may drop the end of their sentences.

Research has shown that singing regularly can improve Parkinson’s symptoms and slow the progression of the disease. In choir, we are always working on things like volume, breath support, and articulation. We even practice conveying emotion and energy to the audience.

Of course, there is an added social and emotional benefit as well. We often call ourselves a “family,” because of the immense amount of support we give each other.

Have members seen an improvement in any of their symptoms since attending?

The improvements can be subtle, but they’re definitely there! Interestingly, I always hear about the negative changes that occur when support group members have missed a few rehearsals.

What’s the choir’s most popular song?

We have a member that has been with the choir almost since its beginning and has written a handful of songs for us over the years. We’ve taken his song, “Reaching for the Sky,” and used it as an anthem for our choir. The last chorus goes:

We’ve come to sing for you, we could’ve stayed at home

Sitting in our easy chairs, silent and alone

Since we can dance, we should, hey maybe we could try

Has the choir got any special upcoming plans?

Of course, there is a social and emotional benefit as well. We often call ourselves a “family,” because of the immense amount of support we give each other.

Captured on film: a brief look into life with Parkinson’s disease

How filmmakers have animated some of the condition’s challenges