Guy Deacon, former colonel of the Royal Armoured Corps in the British Army, tells us about travelling across Africa to raise Parkinson’s awareness – and “trying hard to make a difference”

I am based in Dorset, just south of Sherborne in the UK. My last job was with the Royal Armoured Corps (RAC) at Bovington, UK. The army has been a very good employer to me, and I received a Commander of the British Empire award for my work with the RAC. I have two children, a 24-year-old son and a 23-year-old daughter, and my wife is called Tania.

What motivates you to raise awareness of Parkinson’s?

Many people know what Parkinson’s looks like, but sometimes we are reticent to discuss it because of some of the issues that we face. Our hang-ups may be embarrassing; for example, I struggle to eat and join in conversations. This means we can suffer quietly, and people don’t always know how we feel or what’s going on in our minds. They might know about the practical aspects such as stumbling, tripping and mumbling but not about the mental anguish it can cause, and the darkest moments we go through.

Other people are trying to find a cure and raising funds to look after people who have the condition. My job is to make sure people understand what it’s really like.

What inspired you to embark on a solo drive across Africa?

When I joined the army, I did a drive from the UK to Kenya, enjoying the desert and all the countries I visited along the way. On this trip, I met a couple from the US who were living in a campervan, and I told myself I would do that when I retired. So, this plan has been on my mind for about 40 years.

When I was first diagnosed with Parkinson’s I suffered badly, but I saw no reason to give up on my dream of travelling through Africa. I was going to prove that Parkinson’s wouldn’t stop me from doing what I wanted to do.

It started as a personal journey – with the audience being friends and people in the UK – but as I learned more about the issues surrounding Parkinson’s on the continent of Africa, I realised it needed more exposure. 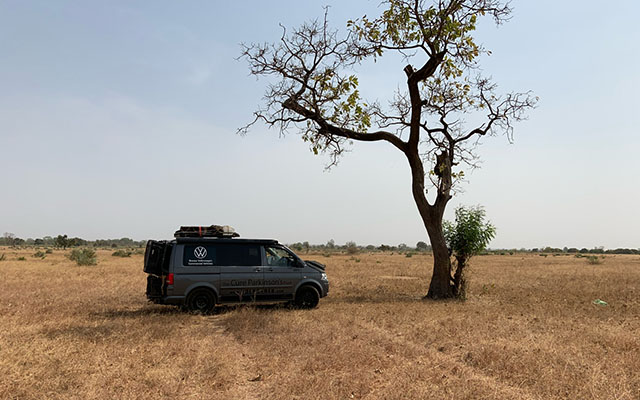 Despite being diagnosed with Parkinson’s Guy saw “no reason” to give up on his dream of travelling through Africa.

What have been some of the highlights of the trip so far?

The highlight is meeting people who are genuinely helpful and interested, and who care about my mission, even though I’ve never met them before. 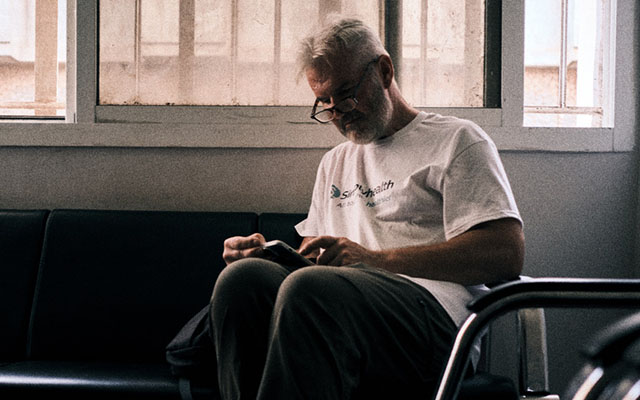 Guy has found travelling alone has provided him “great freedom”.

Tell us about your plans to make a documentary about your experience.

The documentary will be a collection of stories from the trip, with the goal of showing people what it’s like for me to have Parkinson’s. I’ll be demonstrating from my perspective that Parkinson’s need not ruin your life.

I’ll also be trying to show that people with Parkinson’s across the continent of Africa need more care. In the countries I’ve travelled through so far, knowledge can be limited. I now have a very strong relationship with Omotola Thomas, who runs Parkinson’s Africa, and my main aim is to raise awareness. Showing that the problem exists is half the battle.

What words of inspiration would you give to people with Parkinson’s who are looking to get involved in campaigning?

The best way of combatting Parkinson’s is to do something about it. It’s not your fault you have it, but I’ve found that if you’re doing something about it, people can have great respect for you. You enter a world where people are trying hard to make a difference, and if you can do the same yourself, you feel better. 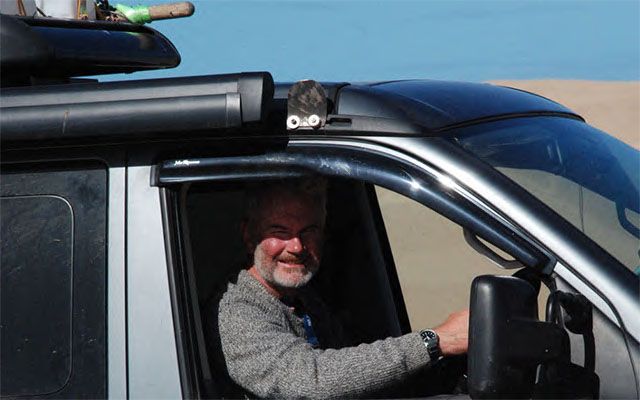 Guy’s advice for people living with Parkinson’s is to “do something about it”.

Two friends on their inspiring walk for Parkinson’s disease