Haiku can be written or read in a single sitting, enabling feelings of completeness and accomplishment 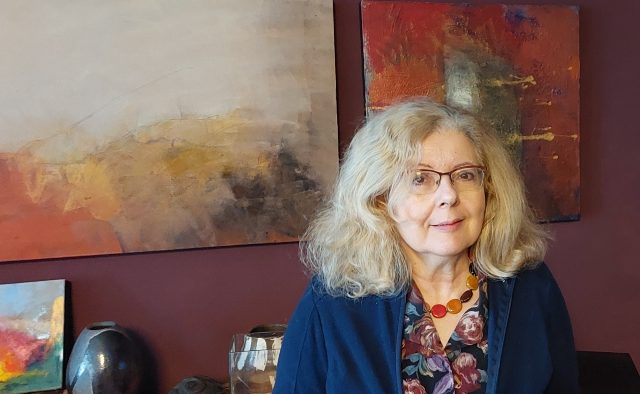 British writer and poet Stella Pierides discusses her passion for haiku poetry, how it has improved her quality of life – and why she encourages others with Parkinson’s to take up the craft

I am a haiku poet and writer, a member of The Haiku Foundation Board of Directors and a retired psychotherapist. I write primarily haiku, haibun (poetry forms that originate from Japan) and short stories. In my work, I explore the intersections of cultural, social and psychological aspects of life. Married, with two adult daughters, I share my time between Neusaess, Germany, and London, England.

I was diagnosed with Parkinson’s in 2017 but experienced strange symptoms for many years before that. I had a reduced sense of smell as early as 1993 and I used to get tired and feel weak. At that time, I used to jokingly ask my eldest daughter to “take me on a stretcher to the gym” – knowing that, however weak I felt, exercise would make me feel better.

Years later, when micrographia (small handwriting size), difficulty brushing my teeth and stiffness developed, I was diagnosed with Parkinson’s. Initially, the diagnosis came as a relief. At least I knew what the matter was, I thought.

My first experience of taking a levodopa tablet felt strangely refreshing: I experienced my body as a bottle of bubbly water, with bubbles rising to the top. Today, I find medication works much better when supplemented with movement, exercise (recently in the form of walking), Qigong (a type of martial arts), gardening, table tennis and the daily practice of haiku. 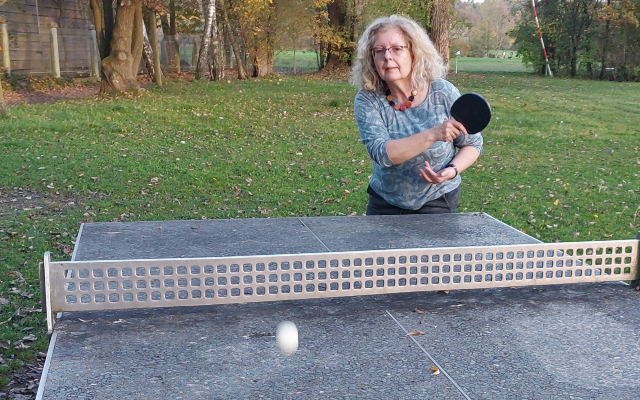 How did you get into writing, and how has Parkinson’s impacted your relationship with your craft?

It feels like I have been writing for all of my life. Publishing my work came at a later stage, though. Upon retirement, I studied for a Master’s degree in English Literature with the Open University, England.

After I started to spend longer periods of time in Germany, where my husband worked, I joined a couple of online writing projects. These included 52|250 – A Year of Flash and haiku communities such as NaHaiWriMo, which were immensely beneficial to me. They connected me with others. I learned from their work, and I increased in confidence by sharing my own work.

At times, throughout the different phases of my Parkinson’s journey – including pre-diagnosis, diagnosis, initial shame and denial, and acknowledgment – I slowed down. Other times, especially more recently, I sped up. The last year, I’ve been writing more than ever – I hope this period lasts for a while.

What is haiku poetry, and what prompted your interest in it?

Haiku, or ‘playful verse’, originated in Japan as the first verse of a longer interactive poem – the renga. Essentially, haiku is a brief poem: fewer than 17 syllables, set in the present, unrhymed. It typically unfolds over three lines in a short-long-short pattern, with – as a rule – two images and a nature or season reference. The aim of the haiku poet is to capture the essence of a moment or experience and share it with others.

I was drawn to the form’s simplicity and at the same time its power to encapsulate all kinds of experiences: the beauty of cherry blossoms and of starlit nights, but also the meaty aroma of bone broth, the earthy scent of mushrooms, the depth of loneliness, the pangs of pain. The intensity of concentration in this form of poetry is unrivalled.

How has haiku poetry benefitted your personal wellbeing?

It has enabled me to put in simple words my pleasurable and enjoyable experience of life, as well as, without frills, the fears and pain of Parkinson’s.

For instance, my experiences with insomnia:

Participating in online meetings given a particular symptom:

Alongside other life moments:

from the library book—

back to my side—

Do you believe reading and writing haiku poetry can support the quality of life of people with Parkinson’s?

In my recently published article, ‘Parkinson’s Toolbox: The Case for Haiku’, I make the case for haiku: how regular, daily practice of haiku (both writing and reading) may serve as a creative tool to support the psychological wellbeing and help improve the quality of life of people with Parkinson’s.

Observing oneself relate to a difficult experience through writing a haiku, and the release and relief that accompanies it, is experiencing the transformative power of haiku: the embodied coming together of our emotional, intellectual and social worlds.

How can people with Parkinson’s incorporate haiku poetry into their lives?

Start by reading haiku. Repeat it during the day, attend to the images it offers, listen to its sound when spoken aloud until it feels your own. See how it makes an experience come alive and how it can transform the ordinary into the extraordinary.

You can find haiku on the website of The Haiku Foundation – a not-for-profit organisation with a wealth of free resources. You can read haiku books and journals on its digital library and read personal accounts of poets’ journeys with haiku, designed especially for beginners in the ‘New to Haiku’ column. Try your hand by keeping a notebook and pen always near you, jotting down things that catch your eye – or your soul.

Reading the poems of other poets with Parkinson’s helps connect me with the social world and nature. Here is a poem by New Zealand-based British poet, Tim Roberts, which I believe will resonate with many people with Parkinson’s:

I wake to a wolf shaking me –

From completeness to connectedness: the “case for haiku”

Stella Pierides outlines some of the ways she has found haiku poetry to be beneficial through her experience of Parkinson’s.

For more information on living well with Parkinson’s, visit the Parkinson’s Europe website.

Haiku can be written or read in a single sitting, enabling feelings of completeness and accomplishment