Teenager raises over $40,000 for Parkinson’s research 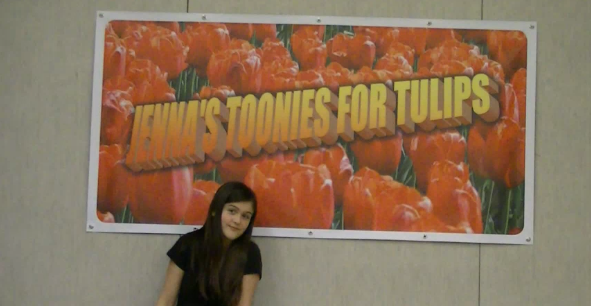 How much could you fundraise from selling bookmarks?

Jenna Sigurdson – a 13 year old from Winnipeg, Canada – received more than $40,000, after creating a campaign to raise awareness about Parkinson’s disease involving bookmarks.

She was inspired into action when her dad was diagnosed with the neurodegenerative disease three years earlier. Combining entrepreneurial determination with philanthropic spirit, Jenna decided to create bookmarks that sold for two dollars each.

“Most of the time kids think, I can’t do this right?” said Jenna. “You can set your mind to do anything that you want to do, it’s just determination.”

She raised the impressive amount in just four years and has donated the money to Parkinson’s research at the Parkinson’s Society of Manitoba in Canada.

Listen to this interview with Eli Pollard, director of the WPC