The thing I’ve learnt from the swim – and this sounds really trite – is you can actually do more than you think you can. 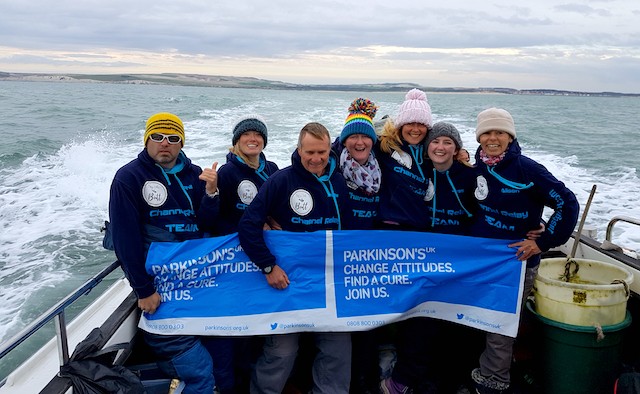 Alison Croughton swam the English Channel – without a wetsuit – in just under 15 hours, raising UK £3,000 for Parkinson’s UK. She tells us about training for this demanding challenge – and why her team called themselves ‘Touch the Butt’

Tell us about your work.

My background is in civil engineering, but I decided to retire in June as my partner wasn’t well. It gave us an opportunity to review what was important to us – which is spending time with family and friends, and being outdoors.

What inspired you to swim the channel for Parkinson’s?

My 78-year-old mum was diagnosed with Parkinson’s about four years ago. I was totally shocked. My first thoughts were, ‘what does this mean? How can I support my mum?’ I phoned Parkinson’s UK and was just so impressed by them as an organisation, which is why I decided to fundraise for them.

I wanted to be more than just at the end of the phone for my mum. Parkinson’s UK offered me advice on how to best support her and they really helped me understand what she was going through. They also made me realise that a Parkinson’s diagnosis doesn’t have to be a death sentence.

Why did you choose swimming?

I always think it’s good to do things completely out of your comfort zone – and I’d never done anything like this before. I’ve always been into solo sports like running and triathlons, so thought it would be nice to do something as part of a team for once. 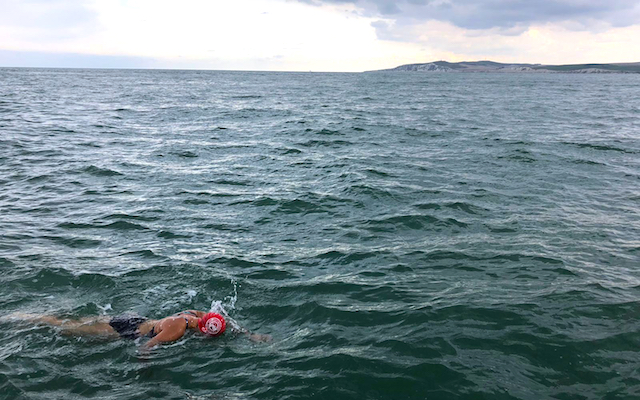 How did you prepare?

We trained for months and had to compete in a two-hour qualifier. You can’t just rock up on the day and say, ‘I’d like to swim the channel today please’ – there are loads of rules and regulations.

You have to prove you can swim for two hours in open water, in temperatures less than 15 degrees. In some ways this was the hardest thing I had to do. Two hours turns out to be a long time when you’re really cold – we swam the whole way without wearing a wetsuit.

How did you come up with the team name ‘Touch the Butt’?

It comes from the animation ‘Finding Nemo’. In one scene Nemo rebels against his parents, and swims out into the open water so he can touch the butt of a boat. To me, this represents testing yourself, breaking boundaries, and pushing yourself out of your comfort zone. It nicely sums up what we were all trying to do in swimming the English Channel for Parkinson’s.

Where did you set off from?

We set off from a beach near Dover at 02:00 GMT in complete darkness. We arrived in Cap Gris-Nez, France, just under 15 hours later.

What was the hardest part?

Getting back into the water for the second time. The weather had changed, the swell picked up and the swimmer before me was really struggling. I was really worried about how I would manage.

How much have you raised in total?

About UK £3,000, and we are donating it all to Parkinson’s UK. My mum is thrilled and really proud.

Do you have any future fundraising plans?

We’ve got some ideas in the pipeline. We’re having a bit of a rest for now – I just want to enjoy the fact I’ve just swum the English Channel! 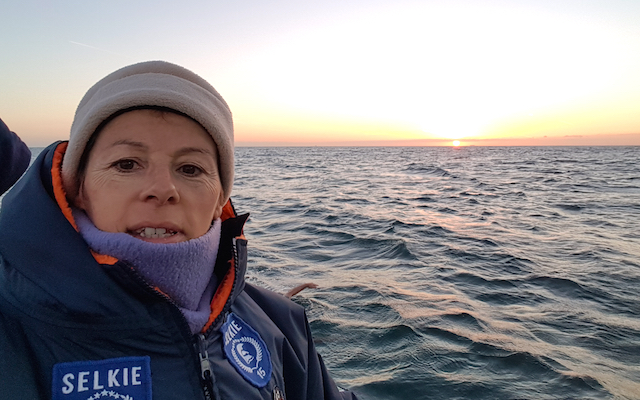 The thing I’ve learnt from the swim – and this sounds really trite – is you can actually do more than you think you can.

A roundup of Parkinson’s news stories in January