Complete the Parkinson’s Europe’s survey on Parkinson’s disease games event in English, Spanish, Italian, French, German and Dutch. The questionnaire should take around 10 minutes to complete and will be open until 31 August 2021.

We would like to find out if Parkinson's community is interested in participating in a larger, more ambitious international event on a scale never seen before 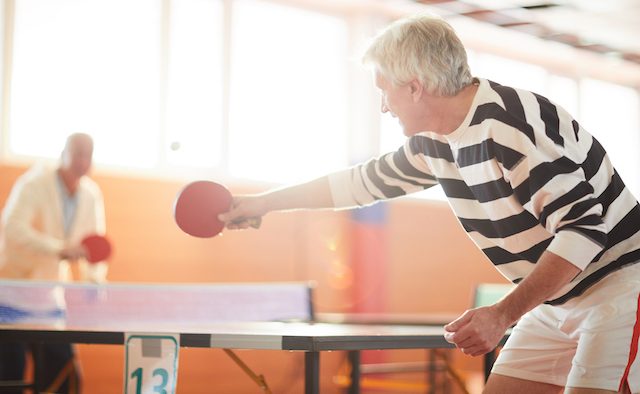 Have you been inspired by the upcoming Olympic and Paralympic Games in Tokyo, Japan, this year? Take part in a new survey on potential plans for an international sports event for people in Parkinson’s disease community

Parkinson’s Europe is inviting people with Parkinson’s disease who have an interest in sports and physical exercise to provide their feedback on potential plans for an international ‘games’ event, which would promote physical activity as a lifestyle intervention – and raise awareness of the condition.

This survey is part of a feasibility study that Parkinson’s Europe is running with Dutch events company Team TOC, to explore the idea of a large-scale, multi-sports event which would allow people with Parkinson’s to take part in a range of different physical and cognitively challenging activities. Alongside competitive games, there would be social, networking and learning opportunities, including lectures and classes.

An ambitious event for Parkinson’s community

The benefits of physical activity for people with Parkinson’s disease have been well documented – from improving balance and mood, to helping prevent injuries. There is also increasing evidence that exercise could help to slow Parkinson’s progression – or even delay the onset of the condition.

The survey will help the team at Parkinson’s Europe find out whether the idea of an international ‘games’ event appeals to Parkinson’s community and if people would be keen to participate, as part of a feasibility study.

The survey takes approximately 10 minutes to complete and will be open until 31 August 2021.

“Given the reported mental and physical health benefits of sport, Parkinson’s Europe is excited to be working with Team TOC to explore the idea of hosting a new ‘games’ event for people with Parkinson’s in the next few years,” said Fiona Montague, project manager at Parkinson’s Europe.

“As an umbrella organisation, Parkinson’s Europe is aware of and continues to support Parkinson’s sporting events organised by national and local associations and groups across Europe. Now we would like to find out if Parkinson’s community is interested in participating in a larger, more ambitious international event on a scale never seen before.”

Complete the Parkinson’s Europe’s survey on Parkinson’s disease games event in English, Spanish, Italian, French, German and Dutch. The questionnaire should take around 10 minutes to complete and will be open until 31 August 2021.

We would like to find out if Parkinson's community is interested in participating in a larger, more ambitious international event on a scale never seen before