#GivingTuesday was launched in 2012 by the 92nd Street Y cultural institution and the United Nations Foundation to counteract the consumerism of Black Friday and Cyber Monday. #GivingTuesday has become a global movement celebrating giving and philanthropy. The campaign is now active in more than 70 countries.

Support Parkinson’s organisations across the world on #GivingTuesday 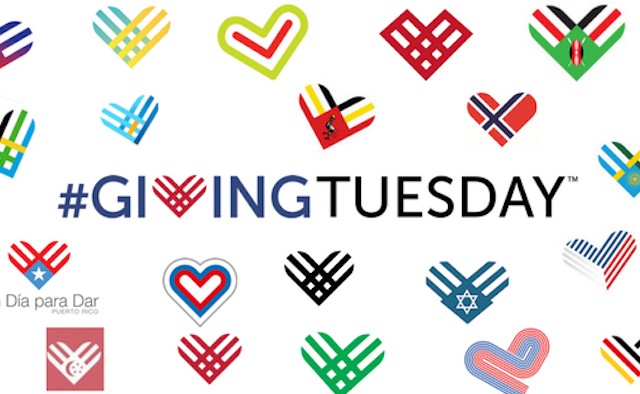 Parkinson’s community worldwide looks set to benefit from #GivingTuesday today, as organisations including the America Parkinson’s Disease Association (APDA) and The Michael J Fox Foundation (MJFF) pledge to match donations – to make twice the impact on the lives of people with the condition.

Launched five years ago to counteract the consumerism of Black Friday and Cyber Monday, #GivingTuesday has become a global movement celebrating giving and philanthropy. The campaign is now active in more than 70 countries, including Australia, Brazil, Canada, Germany, Russia, Singapore, Spain, the UK and the US.

The MJFF has set itself the goal of raising one million dollars in one day. In addition, any donation up to one million dollar mark will be matched by the foundation. You can follow their progress using the hashtag #1Day1Million.

Today we are reaching for another goal: $1 million raised in 1 day. Join us. Your donation will be matched: https://t.co/30RfHbcE2G #1Day1Million #GivingTuesday pic.twitter.com/Ajq7ffL7uz

In the UK, to mark 10 years of the charity campaigns The Big Give and the Christmas Challenge, the organisation has also pledged that for seven days – starting on #GivingTuesday – donations to participating charities will be doubled.

The #ChristmasChallenge17 is now LIVE! We are doubling #donations for a limited time only. 500 #charities; One donation, twice the impact. https://t.co/2R9EHP5nKL pic.twitter.com/2qHR91g6o5

The hashtag #GivingTuesday is trending on Twitter today, as thousands of people across the world pledge money, time and resources to local, national and international causes.

In 2016, #GivingTuesday set the world record for the largest amount raised online for charity in a single day. This year could be even bigger.

Charity to double donations for new Dance for Parkinson’s classes

#GivingTuesday was launched in 2012 by the 92nd Street Y cultural institution and the United Nations Foundation to counteract the consumerism of Black Friday and Cyber Monday. #GivingTuesday has become a global movement celebrating giving and philanthropy. The campaign is now active in more than 70 countries.