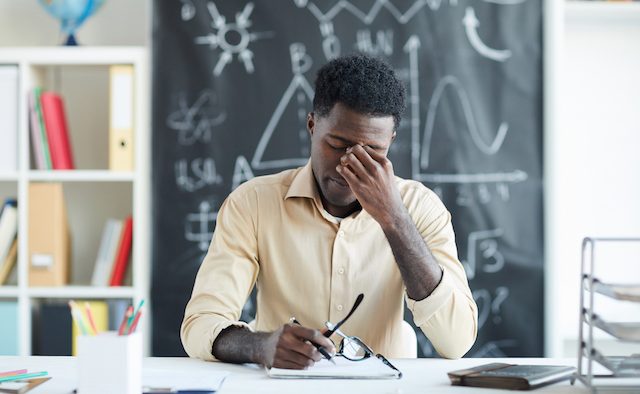 A study has found that on average, people living with Parkinson’s leave work five years after diagnosis.

The seven-month long research project, conducted by Oxford Brookes University, UK, in collaboration with the European Parkinson Therapy Centre in Italy, invited people with Parkinson’s to complete a short online survey on working life and employment around diagnosis.

Annette Cockroft, a master’s student at Oxford Brookes who worked on the study, said organisers hoped to “shine a light on the challenge for people with Parkinson’s who are trying to balance symptom management with maintaining their employment status”, as well as the role earlier diagnosis can play in keeping people with Parkinson’s working for longer.

Fatigue is forcing people with Parkinson’s out of work

Results showed that the majority of the 692 participants – who had an average age of 58 – left work 4.22 years after diagnosis, citing fatigue, mobility and difficulty with manual tasks as the biggest factors that contributed to this outcome. Speech impairment and symptoms of depression also shortened time to loss of employment.

Of those who left work, two thirds indicated they would have liked to continue working, and that having more flexible work patterns and hours, and better control of symptoms, would help enable a return to work.

Early treatment of the condition proved to have no overall effect on how soon participants lost paid employment, with researchers committing to investigating the matter further.

Other factors explored in the survey ranged from gender to education – with results finding that men tended to stay in work for longer than women; as did those with a higher education versus those without.

“The system has failed to support people with Parkinson’s”

Alexander Reed, founder of the European Parkinson Therapy Centre, emphasised how the results demonstrated a gap in the system: “People with Parkinson’s stay in work for just over four years. Apart from the huge cost to the government in loss of tax revenue, this shows how the system has been failing in supporting people with Parkinson’s and their families.”

Commenting on the survey which Parkinson’s Europe supported in 2019, Russell Patten, director general of Parkinson’s Europe, said: “These data show that early diagnosis, timely support and information are essential if we want to help people stay in the work system for longer after a Parkinson’s diagnosis. People with Parkinson’s being forced to leave work has a huge impact on individuals, families and on society as a whole. This issue should be addressed as a priority at EU decision-making level, so that effective support tools are implemented in all European countries.”

For more information on Parkinson’s and work, please visit the Parkinson’s Europe website.