The more people can learn about what is going on, the more they can take charge of the decisions that make a difference in their lives 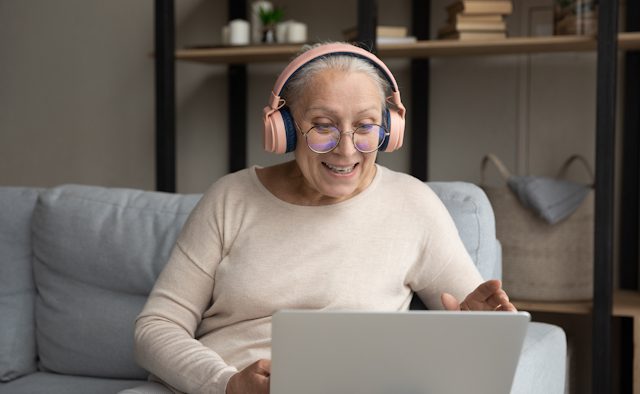 Do you have questions about Parkinson’s that aren’t being answered? Tune into the European Parkinson Therapy Centre’s new webinar series, which aims to provide information on crucial topics to those living with the condition

Why are some Parkinson’s drugs only available in certain countries? What do researchers really mean when they talk about a “cure” for the condition? How can people with Parkinson’s make their voices heard?

These are just some of the questions explored in ‘Straight Talk’, a new five-part webinar series created by the European Parkinson Therapy Centre in Italy. The series, which is available on YouTube, sees expert panellists tackling a range of issues while viewers are encouraged to tune in to comment and ask questions.

“The webinars were created by people with Parkinson’s, focusing on questions that they felt were not being answered,” says Alexander Reed, director of the European Parkinson Therapy Centre. “I am grateful for the response of the international Parkinson’s community in getting behind this project and for our moderators, who are doing excellent work running the events.”

So, what can the community expect from the series?

Why do some countries have access to different Parkinson’s medications? Amelia Hursey, research manager at Parkinson’s Europe, moderates this panel with three expert guests, seeking to untangle the bureaucracy surrounding the authorisation and usage of different treatments.

Speaking to Parkinson’s Life, Amelia encourages members of the community to tune in: “The more people can learn about what is going on, the more they can take charge of the decisions that make a difference in their lives.”

It’s a question that has been around since the condition was first named: when will there be a drug to stop the progression of Parkinson’s? Joined by a panel of global researchers, Professor Simon Stott of Cure Parkinson’s explores the struggle behind developing strategies that could slow or reverse the condition.

3. What can we do ourselves?

Can people take control of Parkinson’s, and if so, will it improve their outcomes? Featuring thought leaders from multiple Parkinson’s organisations, this webinar is moderated by PD Avengers’ co-founder Larry Gifford.

This webinar covers why many people living with Parkinson’s feel that others don’t listen. Led by leaders from Parkinson’s organisations across the world, including PD Avengers’ co-founder Larry Gifford, the webinar will explore how unity can help amplify voices in the Parkinson’s community.

5. What do researchers really mean when they say “cure”?

News stories and research studies often hypothesise about a potential cure for Parkinson’s – but is it really within reach? Alongside moderator and Parkinson’s advocate Ben Stecher, a panel of researchers will examine the condition “for what it really is and where we need to learn more”.

The more people can learn about what is going on, the more they can take charge of the decisions that make a difference in their lives