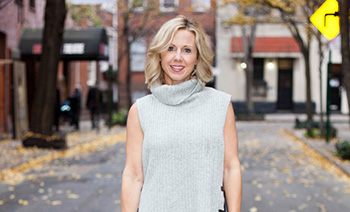 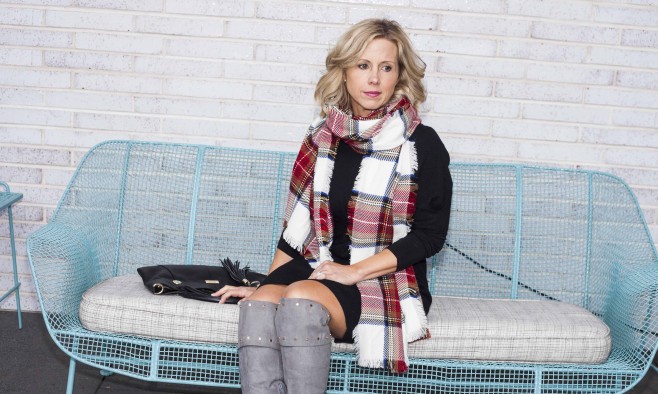 When did you first start experiencing systems, and what was diagnosis like for you?

I noticed that my left arm had stopped swinging when I walked and I thought that I wasn’t articulating my thoughts as well as I used to. I went to the doctor and had some MRI scans but I didn’t have any legions on my brain. I was also tested for lupus, but I didn’t have that.

My husband and I wanted to have children so we went ahead, as at the time I didn’t have a conclusive diagnosis. My symptoms became debilitating when I was pregnant, to the point that I couldn’t even dress myself. After my son was born I went to the doctor again and my condition was finally diagnosed as young onset Parkinson’s disease.

Why did you start the ‘Shoe Maven’ blog?

In the past I had lived in denial about my condition and I didn’t want to tell people about this disease. I’ve had a love for fashion and for shoes my whole life and was very disappointed when my balance was affected and I wasn’t able to wear my beloved high heels for years.

After deep brain surgery on the right side on of my brain in August 2013 I regained my balance and was able to wear my shoes again, and started the blog as a way for me, a person living with Parkinson’s disease, to communicate the reality of my situation and change the perception of Parkinson’s disease.

Where does your love of shoes and fashion come from?

I’ve loved shoes my whole life. My aunt will tell stories of family gatherings when I was around three years old and I would always be trying on everyone’s shoes. I have around 120 pairs now and my Miu Miu Mary-Jane peep toe heels are my favourites. I love them because of the heel embellishment added to the heel. 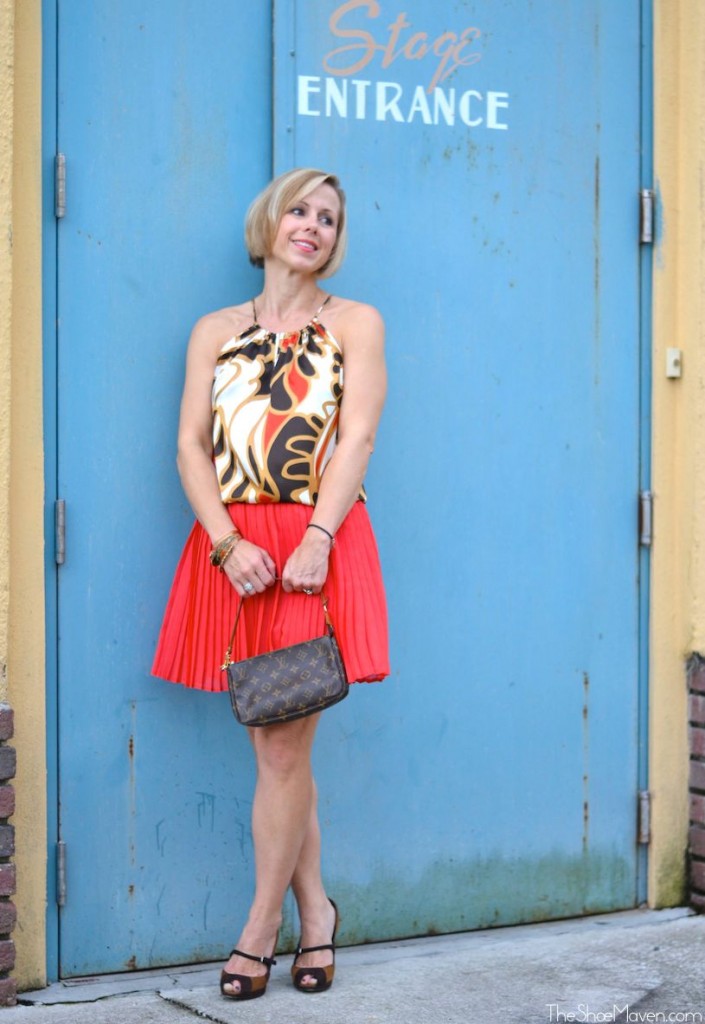 What kind of response have you had to ‘The Shoe Maven’ so far?

I’m a law professor and I’m pretty busy so it took around six months to get the readership to to where I wanted it to be. My husband, who’s also a Parkinson’s disease advocate and blogger, and I decided to launch, a cause-based fashion label, TSM Originals to raise money for Parkinson’s research. Slogan T-shirts are so popular at the moment and my husband said that we could do something like that.

We get the T-shirts from local vendors and have a pop-up shop at the barre workout studio in Orlando. We also sell them online, via The Shoe Maven blog and for each shirt sold, $5 goes to the Michael J Fox Foundation. 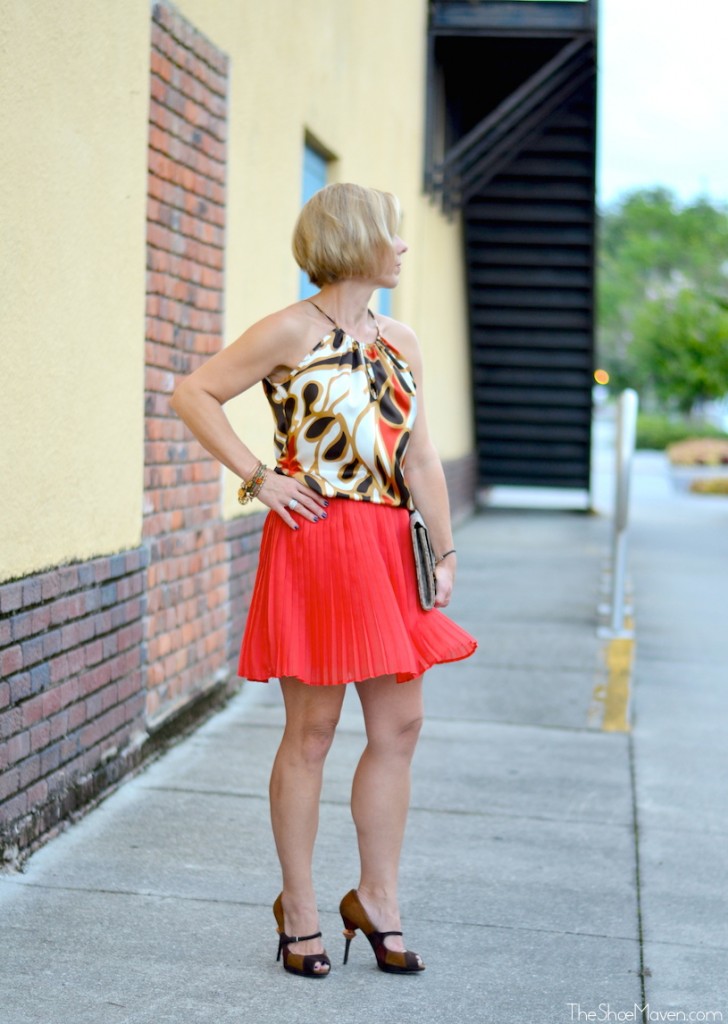 Tell us about your favourite post on the blog so far.

My favourite post is ‘The Ceremony: I do. Again.’ My husband and I have been married for 10 years and we decided to travel to New York to renew our vows as it was a really special time for us. I wore a black dress by up and coming designer Raul Del Castillo.

Talk us through a photoshoot day.

We do the photoshoots on Sunday afternoons. It takes me around an hour to do my hair and make-up and then we head out. We usually get three looks done in an hour. My husband takes all the pictures. Although the pictures of me in New York were all taken by photographer Megan Mack.

What symptoms of Parkinson’s are you currently living with?

I have mild tremor in both legs, but I’ve found that I can treat this with levodopa. I have some fatigue and slowness. 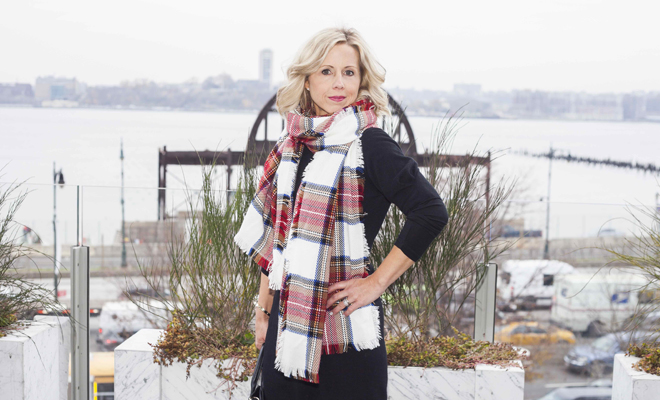 At what stage in diagnosis did your doctors decide that you were a suitable candidate for DBS?

I asked him how I’d know when the right time for me to have the surgery would be. He said: ‘You’ll know’. Five years after my diagnosis I was having more bad hours in a day than good ones. I had very bad dystonia and my feet were turning by almost 90 degrees. I was finding it very difficult to walk. My life was a terrible struggle and I had a very young son. I could have had the surgery a year earlier but it’s a serious procedure, not to be taken lightly.

How did you have to prepare for the surgery?

I didn’t have to shave my head, which I was so grateful for. In the end only two small patches had to be shaved. The hardest part was getting the glue out!

How long was the recovery time, and how long was it until you began to see the benefits of the surgery?

Straight after the first procedure I was able to stand up on my own – it was miraculous! Results were immediate. The way in which the procedure works is that symptoms begin to resurface in the weeks and months after. My second surgery to treat the other side of my body was in April 2015. I waited a fair while to have the second surgery but some people only wait six months.

What were the challenges post-surgery?

I couldn’t drive for a few weeks post-surgery. My head hurt a little. The device in my chest hurt me a lot as I’m very petite so it it’s very close to the surface of my skin. I now have just one device under my skin instead of the usual two. 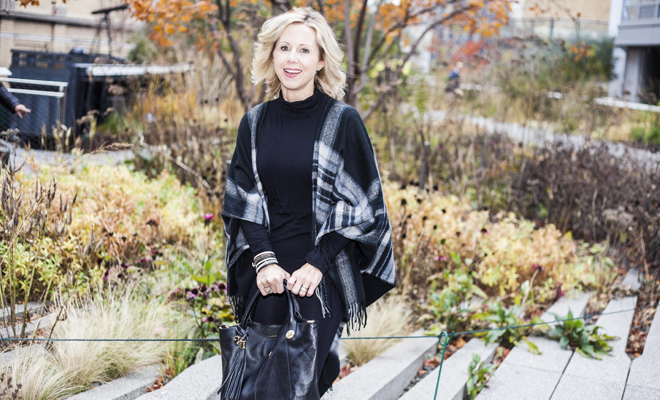 What’s your overall opinion of the treatment, and what would you say to people thinking about DBS?

Make sure that DBS is right for you. You have to be psychologically ready and the doctors will evaluate your psychological wellbeing. There’s no sugar coating it, it’s a big deal and best time to have DBS differs from person to person.

It was important for me to be healthy around my son. It has affected him too as he was only in kindergarten when I had my first surgery. He is really happy that my symptoms are much better as now we can go on bike rides together. He really appreciates the energy I have.

How do you think a fashion blog like yours can help people with young onset Parkinson’s disease?

I’m trying to change perceptions that people can have about people living with Parkinson’s. We aren’t all old and infirm; some of us are young and manage the disease well. I lead a very full and active life, but I mean, it’s not all rainbows. I hope to be an inspiration for other people that maybe aren’t doing so well. The most rewarding part is when newly diagnosed people reach out to me to say that they read my blog. 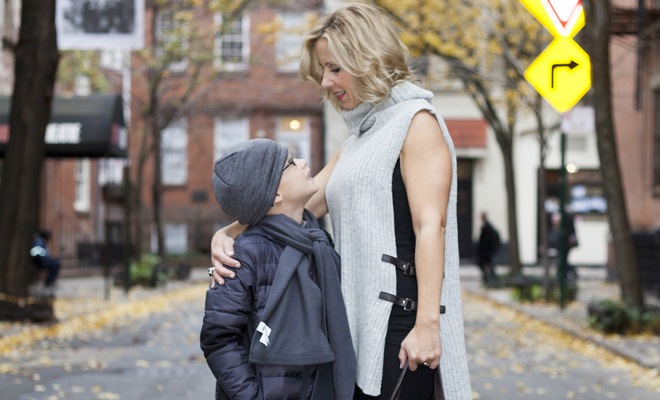 Check out Tonya’s blog at theshoemaven.com